How China Got Venezuelan Oil Despite US Sanctions 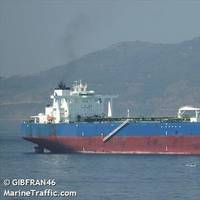 Last year, China replaced the United States as the No. 1 importer of oil from Venezuela, yet another front in the heated rivalry between Washington and Beijing.The United States had imposed sanctions on Venezuela’s state-owned oil company as part of a bid to topple that country’s socialist president, Nicolas Maduro. U.S. refineries stopped buying Venezuelan crude. Caracas’ ally China, long a major customer, suddenly found itself the top purchaser. Through the first six months of 2019…

German shipping service company Global Renewables Shipbrokers (GRS) has announced the start of a strategic partnership with South Korean wind project development consultancy SerFac.The shipbroker for offshore tonnage in renewable energy said that the aim of the cooperation is to provide project development of offshore wind farm projects in South Korea. As an independent advisor, GRS supports the negotiation of all contracts across all value creation stages of the entire project development.At the subsequent installation and operation stage… 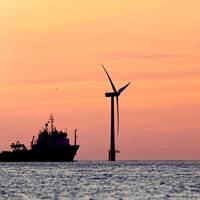 Norway will seek to open two areas for the construction of floating offshore wind parks, which combined could hold a turbine capacity of up to 3.5 gigawatts (GW), the Norwegian oil and energy ministry said.Norway has recently been seeking to develop wind power, both onshore and offshore. The first offshore area, which the ministry will propose before July, is called Utsira North and is situated in the North Sea.

A clash between trading house Vitol and Azerbaijan's SOCAR over Caspian Sea oil shipments is forcing Turkmenistan to slash exports of crude due to a lack of tankers.Turkmenistan typically exports about 200,000 tonnes of oil per month via the Caspian to world markets, mainly from fields operated by the UAE's ENOC and Italy's Eni, but flows have halved in recent weeks, six traders involved in operations said.That happened after Turkmen producers decided to export oil via Russia with the help of Swiss trader Vitol and ditch the previous Azeri route… 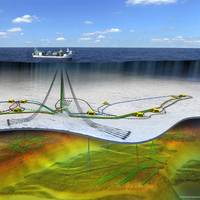 The Norwegian government has postponed a decision on whether to mandate the construction of an oil processing terminal near the Arctic tip of northern Europe until the third quarter of next year, it said on Friday.If built, the onshore Veidnes terminal would receive crude via a pipeline from Equinor's offshore Johan Castberg oilfield, which is expected to start producing in late 2022.Equinor originally ditched plans for an onshore terminal in order to save costs, preferring instead to load oil on to crude tankers at the field before exporting it to global markets.Parliament earlier this year u 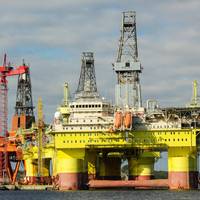 U.S. oil firm Chevron will become the first oil major to formally exit the Norwegian continental shelf (NCS) as it transfers its last stake in an exploration license, according to a government letter.Oil majors, including Exxon Mobil, BP and Shell, have scaled down their presence in Norway by selling or merging their assets in the mature region to focus on new growth opportunities elsewhere.Chevron is also seeking to sell assets in the British North Sea in order to focus on growing U.S. 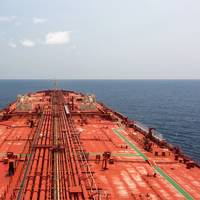 Top oil exporter Saudi Arabia said on Saturday it has resumed all oil shipments through the strategic Red Sea shipping lane of Bab al-Mandeb.Saudi Arabia halted temporarily oil shipments through the lane on July 25 after attacks on two oil tankers by Yemen's Iran-aligned Houthi movement.A statement by the Energy Ministry said shipments had resumed on Saturday."The decision to resume oil shipment through the strait of Bab al-Mandeb was made after the leadership of the coalition has taken necessary measures to protect the coalition states' ships…

Chevron will exit the Makassar Strait gas block in the Indonesia Deepwater Development (IDD) offshore natural gas project to focus on more promising areas in the venture, Indonesian officials said on Wednesday.Indonesia's energy minister had issued a decree terminating Chevron's Makassar Strait production sharing contract (PSC) after it decided not to extend its operation of the block beyond 2020, upstream oil and gas regulator SKKMigas said."Chevron was not interested in requesting an extension," SKKMigas chairman Amien Sunaryadi told reporters.

Tullow Oil is interested in new oil blocks off Ghana's coast as part of the British explorer's plans to consolidate its operations in the West African nation, Chief Executive Paul McDade said. Tullow is leading two operations offshore Ghana, including the country's flagship 100,000 barrel-per-day Jubilee field, which began commercial production in late 2010. Ghana's energy ministry said this month it would award nine new upstream oil blocks for commercial exploration off its coast beginning this year. "We as a company want to consolidate our presence in Ghana after our investments in Jubilee and TEN (Tweneboa, Enyenra, Ntomme). We don't want to stop there but keep growing," McDade told reporters in Accra, where he was meeting investors. 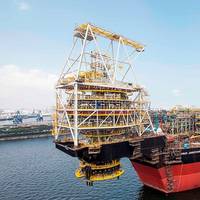 Ghana is set to award nine new upstream oil blocks for commercial exploration off its western coast beginning this year, the energy ministry said on Thursday.The West African country plans to award six of the nine blocks this year while the remaining three will be given out next year through a mix of open competitive tender and direct negotiations, the ministry said in a statement.It said state oil company Ghana National Petroleum Corporation will acquire one of the blocks to explore in partnership with a strategic partner to develop its technical capacity and become an operator.Ghana, which b 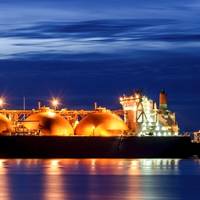 The Croatian government proposed a special law on Thursday to facilitate the construction of an EU-backed liquefied natural gas (LNG) terminal in the northern Adriatic.The floating terminal is expected to start operations in 2020.The European Union wants the facility to help diversify sources of supply and reduce dependence on Russian gas, most notably for countries in central Europe.Brussels will invest 101.4 million euros ($121 million), or 28 percent of the project's assessed value.The law…

A coal ship that dropped anchor off the coast of the Indonesian port city of Balikpapan on Borneo island was likely to blame for an oil spill, after dragging a pipeline more than 100 metres and causing it to crack, an energy ministry official said. Indonesia declared a state of emergency this week after the spill and fire killed five fishermen. The environment ministry said the oil covered an area of nearly 13,000 hectares and had polluted 60 km of coastal ecosystems, including mangrove wetlands and marine mammal habitats. "We suspect the pipe was dragged by the ship that caught fire," Oil and Gas Director General Djoko Siswanto told reporters on Thursday. 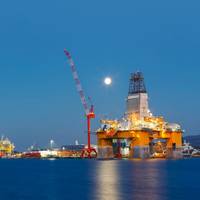 Norway's energy ministry has awarded 75 offshore exploration blocks to oil companies in a so-called predefined areas (APA) licensing round, handing out acreage to 34 firms, of which 19 got at least one operatorship, it said on Tuesday.   A total of 39 firms had applied for the offered acreage, up from 33 companies that applied in the previous round a year ago, when the ministry awarded 56 exploration licenses. (Reporting by Nerijus Adomaitis and Joachim Dagenborg, editing by Terje Solsvik) 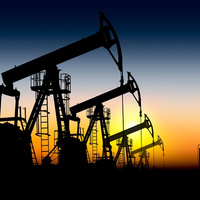 US LNG Exports to Increase: EIA 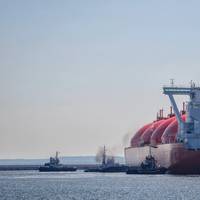 U.S. Energy Information Administration (EIA)'s latest Short-Term Energy Outlook projects that the United States will export more natural gas than it imports in 2017. The U.S. has been a net exporter for three of the past four months and is expected to continue to export more natural gas than it imports for the rest of 2017 and throughout 2018. The nation’ status as a net exporter is expected to continue past 2018 because of growing U.S. natural gas exports to Mexico, declining pipeline imports from Canada, and increasing exports of liquefied natural gas (LNG). The U.S.

Brazil's Petroleo Brasileiro SA has been authorized to export idle liquefied natural gas (LNG) in the spot market, according to the Wednesday issue of the official gazette. According to the text, Petrobras has been given the green light to export up to 6.6 million cubic meters, assuming this would not result in supply problems for the domestic market. As a state-controlled company, some of Petrobras' commercial strategies require energy ministry authorization. Petrobras operates three regasification terminals in Brazil, which were built in a time when the country was seeing high economic growth rates and natural gas consumption was strong. But demand fell in the last two years while Brazil went through its deepest recession on record, and local production continued to grow. 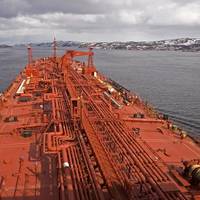 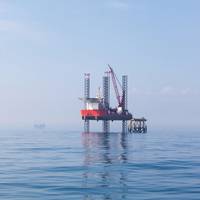 Norway has no plans to cut its oil output, the country's oil and energy ministry said on Tuesday.   "The Ministry has a good dialogue with other countries about the oil market. We are not in a situation in which regulating production is on the agenda for Norway," the ministry said in a statement.   Kuwait's oil minister said earlier on Tuesday that Saudi Arabia's oil minister had spoken to countries including Norway, Turkmenistan and Egypt which had signalled a willingness to join oil output cuts. (Reporting by Nerijus Adomaitis, editing by Gwladys Fouche)

Pertamina Looks to U.S. for LPG

Indonesia expected to import 70 pct of LPG in 2017. Country seen shipping in around 5 mln T of LPG this year. Indonesian state energy company Pertamina expects to import liquefied petroleum gas from the United States to meet growing demand, with U.S shipments to Asia set to climb following transport developments like the extension of the Panama Canal. That comes as Southeast Asia's largest economy is expected to look overseas to meet at least 70 percent of its demand for LPG in 2017, said Daniel Purba, senior vice president of Pertamina's integrated supply chain unit. "In 2017, as we know with the commencement of operation of canals that can accommodate larger vessels…

South Korea stepped up a push on Friday to encourage its oil and gas companies to invest in U.S. shale gas projects, amid expectations that more opportunities will arise under a Trump administration. Asia's fourth-largest economy is the world's second-largest buyer of liquefied natural gas (LNG) after Japan, importing about 30 million tonnes a year through state-run Korea Gas Corp (KOGAS). In a meeting with the heads of Korean gas companies, energy minister Joo Hyung-hwan stressed the need to strengthen bilateral cooperation in the gas sector, with the first Korean imports of U.S. shale gas due to start next year, according to the ministry statement.

Thailand is increasing its planned long-term imports of liquefied natural gas (LNG) to meet rising demand after delays to the construction of coal-fired power plants, a senior official at energy ministry said on Wednesday. Energy policy makers have revised their target of LNG imports to 17.4 million tonnes in 2022 and reaching 34 million tonnes a year by 2036, up from earlier planned 23 million tonnes, Twarath Sutabutr, Director-General of the ministry's Energy Policy and Planning Office, told a news conference. "Natural gas supplies in the Gulf of Thailand will drop in the future. Thailand needs to accelerate LNG imports," Twarath said, adding the plan was subject to final approval from the national energy policy committee next month.

Swedish utility Vattenfall has won a tender to build Denmark's biggest offshore wind farm, but still faces the potential cancellation of a separate wind project in the country, the Danish energy ministry said on Wednesday. Vattenfall won the 600 megawatt Kriegers Flak wind farm tender with a bid of 49.9 euros per megawatt hour, following its victory in September for a 350 megawatt near-shore wind farm off the western coast of Denmark. Denmark's minority government, however, said in September it intended to cancel the near-shore project because the cost of renewable energy subsidies have soared due to low power market prices. Offshore wind power is among the most expensive kind of energy and needs government subsidies…

The first batches of oil from the giant Kashagan oil field in Kazakhstan were shipped for export on Friday via two pipelines, the Central Asian nation's Energy Ministry said.   Energy majors developing the field have shipped 7,700 tonnes of oil through the private CPC pipeline and 18,800 tonnes through a pipeline operated by state-controlled firm KazTransOil, it said in a statement. (Reporting by Raushan Nurshayeva; Writing by Olzhas Auyezov; Editing by Alexander Winning)