Pipelayer Towed from Genoa to Rotterdam 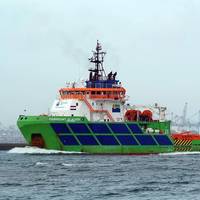 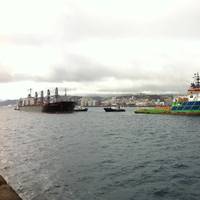 Fairmount Marine said its tug, Fairmount Glacier, has safely delivered bulk carrier Cassiopeia Star in the port of Las Palmas, Canary Islands. The bulker was picked up during bad weather on the mid-Atlantic where she was drifting with main engine problems. Fairmount Marine, a marine contractor for ocean towage and heavy lift transportation, was contracted by Tsavliris Salvage to assist. After steaming at full speed for 1,720 miles the Fairmount Glacier met with the still drifting Cassiopeia Star. 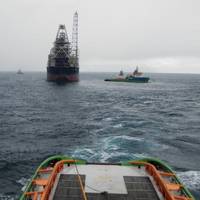 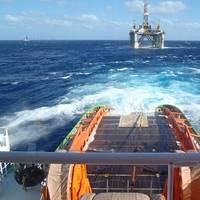 Super tug Fairmount Glacier has delivered rig Falcon 100 safely offshore Pointe-Noire, Congo. The rig was towed from Rio de Janeiro via the South Atlantic Ocean over a distance of more than 3,400 miles. The Falcon 100 is a 1974 build semi submersible drilling rig, owned by U.S.-based Transocean and capable to drill to a depth of 7.620 meters. For this job the Fairmount Glacier was mobilized from Trinidad. First the tug towed the Falcon 100 from her drilling location offshore Macae, Brazil, to offshore Rio de Janeiro. 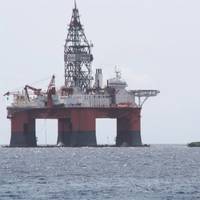 Tug Fairmount Glacier has delivered rig La Muralla IV in Bay of Campeche, Mexico. The rig has been towed from Okpo, South Korea, via Sunda Strait and Cape of Good Hope. La Muralla IV is a brand new semi-submersible drilling rig for ultra deep water operations, owned by Mexican Grupo R. The rig is constructed by Deawoo Shipbuilding & Marine Engineering in South Korea. La Muralla IV is designed to drill up to depths of 10.000 meters. The rig has a length of 118,6 meters and a width of 96,7 meters. 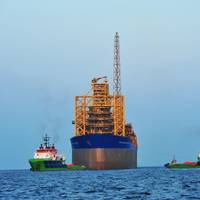 Fairmount tugs safely deliver FPSO 'Cidade de Anchieta' after a 9,500 mile tow. Fairmount Marine’s super tugs Fairmount Glacier and Fairmount Summit delivered FPSO Cidade de Anchieta for placement in the Baleia Azul Field, offshore Rio de Janeiro, Brazil at a record-breaking average speed of 8.4 knots say Fairmount Marine. En route just one bunker call was made at Cape Town. The 1975 build FPSO, owned by SBM, had been modified and upgraded in Singapore prior to the towage operation, in order to take up a third contract on long-term lease by Petrobas in the Baleia Azul Field. 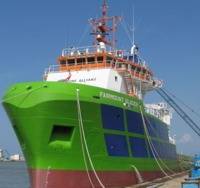 The Greek owned bulk carrier, Akiba, which was recently grounded off the coast of Maputo, Mozambique, has been successfully refloated. The tug Fairmount Glacier was mobilised from Cape Town under a salvage operation conducted by Greek company Five Oceans Salvage under a Lloyd’s Open Form. Upon arrival at the site, the salvage plan was discussed between the masters of Fairmount Glacier and Akiba, along with the salvage master. On the second attempt, the 190m Akiba was refloated sucessfully and towed by Fairmount Glacier to a safe anchor position where the vessel could be examined for damage. 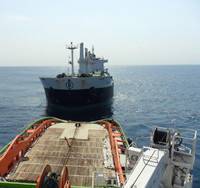 Fairmount Marine’s tug Fairmount Glacier has assisted in the refloating of Greek owned bulk carrier Akiba which was grounded offshore Maputo, Mozambique. The salvage operation was conducted by Greek salvage company Five Oceans Salvage under a Lloyd’s Open Form. When contracted the Fairmount Glacier was mobilized from Cape Town, South Africa. At a second attempt the Fairmount Glacier refloated the 190 meter long Akiba where after the bulk carrier was towed to an assigned safe anchor position where the damage to the Akiba was determined. 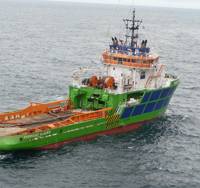 Fairmount Marine’s powerful tug Fairmount Glacier has successfully assisted the new build semi submergible drilling rig Scarbeo 9 sailing around Cape of Good Hope. For this operation Fairmount was contracted by Saipem Energies directly after the successful installation of the floating, production, storage and offloading unit Usan offshore Nigeria. Fairmount Glacier was contracted to sail towards a rendez-vous location offshore South Africa where she met with Scarabeo 9 and escorted her safely around the Cape of Good Hope. 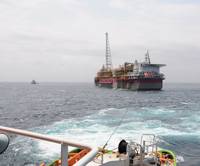 Fairmount Marine’s powerful tug Fairmount Glacier has successfully assisted in the installation of the floating production storage and offloading unit (FPSO) Usan, offshore Nigeria. For this operation Fairmount was contracted by Saipem Energies, which needed a 200 ton bollard pull tug for this job. FPSO Usan is one of the largest of its kind: 320 metres long and 61 metres wide. The unit is build by Hyundai Heavy Industries in Korea. The Usan oilfield is discovered about ten years ago. The field is situated 100 kilometres south of Port Harcourt, with water depths up to 850 metres. 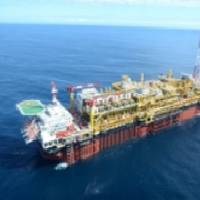 A specialized team lead by Fairmount Marine has completed successfully the tow, mooring and positioning hook-up of the floating production storage and offloading unit (FPSO) Pazflor offshore Angola. Earlier Fairmount’s powerful tugs Fairmount Expedition, Fairmount Glacier and Fairmount Alpine have towed FPSO Pazflor from Korea to Angola. After arrival offshore Angola the 30 man team of Fairmount Marine connected the FPSO Pazflor to its moorings, while the three Fairmount tugs together with a fourth, chartered tug have kept the Pazflor in position.