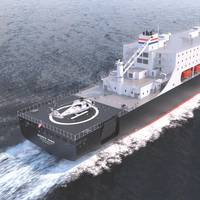 For more than 100 years the U.S. has depended on State Maritime Academies (SMA) to produce USCG licensed merchant officers. The SMA’s have also been an important source of U.S. Navy and U.S. Coast Guard officers, as well as trained personnel for the maritime industry and electric power industries ashore. Key to training these future deck officers and engineers has been the annual sea cruise on dedicated training vessels. The current SMA training ships, all of which were built for other purposes and later converted to be training ships, are getting old. 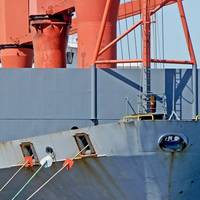 Sophia Bullard, Crew Health Program Director at UK P&I Club, comments on the fact many crewmembers fail pre-sea medical examinations due to a combination of serious illnesses linked to obesity. It could be argued that obesity alone is a precursor to other more serious conditions if nothing is done to reduce body mass index (BMI) and improve lifestyle. A BMI of 25 or above can signify a serious weight problem. Poor eating habits and an increasingly sedentary lifestyle can also contribute to the development of many lifestyle diseases. 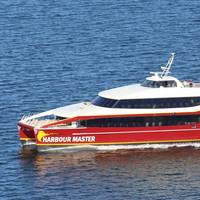 Incat Crowther is pleased to announce a collaboration with World Heritage Cruises in the development of a tour vessel to operate out of Strahan, on Tasmania’s picturesque Macquarie Harbour. The 220-passenger, 35-metre catamaran has been co-developed with WHC, combining the operator’s layout and propulsion concepts with Incat Crowther’s naval architecture expertise. The new vessel will leverage from the experience of 6 previous Incat Crowther-designed vessels which WHC have operated on Macquarie Harbour, creating an excellent experience for visitors to the world Heritage listed area. 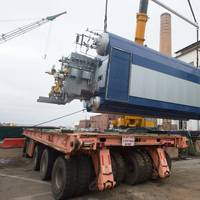 Huntington Ingalls Industries (HII) announced today that its Newport News Shipbuilding division has converted its steam-generation plant from heavy fuel oil, also known as Bunker C, to natural gas to improve safety and lower operating costs and emissions to the environment. The plant generates low-pressure steam to heat many of the shipyard’s facilities, to provide process heat and to support hotel services—including hot water, food preparation and galley services—to the ships undergoing construction and overhaul.

The 180 million GT, ‘A' rated North P&I Club is advising shipowner Members to take great care to protect the health of their crew members when calling at ebola-affected ports in west Africa. In the latest issue of its loss prevention newsletter Signals, it also recommends that shipowners incorporate ebola-specific clauses in their charterparties. According to head of loss prevention Tony Baker, ‘Members trading or being requested to trade to an ebola-affected area must consider both the health and commercial risks very carefully.

Scudder Hall Galley at Naval Weapons Station Yorktown (WPNSTA Yorktown) was awarded its sixth consecutive 5-Star accreditation, Oct. 2, from Commander, Navy Region Mid-Atlantic (CNRMA). The 5-Star accreditation for food service excellence is based on the review team's on-site evaluation of strict criteria regarding the overall quality of food service, including records, inventory practices, training, sanitation, and food preparation. "The 5-Star accreditation represents what you do every day, which is a level of service that your customers depend on," said Mr. 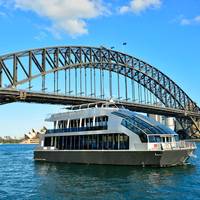 Incat Crowther announced the launch of MV Epicure, a dinner cruise vessel operating on Sydney Harbor. The vessel, built by Aluminium Boats in Queensland, has been delivered to Epicure, a brand of the Spotless Group. Incat Crowther was approached to create a vessel catering to the high-end market. In response to the brief, Incat Crowther developed a heavily glazed vessel focused on a large forward atrium. This arrangement allows guests to board via the foredeck whilst crew operations can take place on the aft end of the vessel… 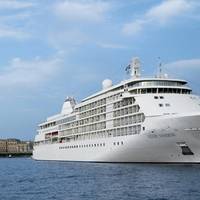 The U.S. Centers for Disease Control and Prevention released a report outlining the unsanitary conditions that led to a failing inspection aboard Silversea Cruises' Silver Shadow last month. In a surprise inspection in Skagway, Alaska on June 17, the 610-foot luxury vessel received a failing score of 82 out of 100 from the CDC. The report documents a number of violations including improper storage of raw, cooked and ready-to-eat food. It was reported that food along with food preparation and serving equipment was stored under the beds of cabin crew. Cavotec co-hosted a community & business outreach event at the Port of Ystad, including a seminar on benefits of Alernative Marine Power (AMP). The event was co-hosted by Cavotec, leading power and automation conglomerate ABB, the Port of Ystad, electrical systems specialist Processkontroll Elektriska, technical consultancy Grontmij, as well as Polferries and Unity Line. Cavotec AMP systems enable ships to close down their engines while docked and to connect to shore side electricity. 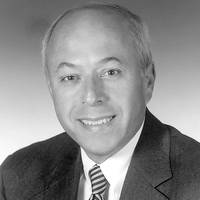 The recent editorial (MarineNews February edition) by Jeff Cowan entitled “The Articulated Tug Barge (ATB) Quandary” raised more than a few eyebrows here at the American Waterways Operators (AWO) and among AWO members who operate ATBs. Mr. Cowan has it backwards: far from being unsafe, ATBs in fact represent a significant advancement in safety in the coastal tugboat and barge industry and have a long history of safe operation. Mr. Cowan’s piece also contained several factual errors…

Cavotec wins Alternative Maritime Power (SMP) shore power equipment orders at Port of Los Angeles (POLA). Cavotec AMP systems enable vessels to switch off their engines while docked and to connect to shore side electricity. Services such as power supply for reefer containers, lighting, heating, food preparation and cargo handling are then run directly from the port. Cavotec will supply a large number of "Easy Lift" Access Covers and Shore Power Outlet Connection boxes for four separate container terminals at the Port. These orders include equipment for POLA berths 228, 401-406, 100-102, 121-128 and 212-216. Cavotec's innovative "Easy Lift" Access Covers are safer for personnel to operate than many existing alternatives. 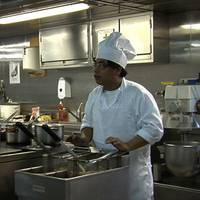 The galley is the heart of every vessel. A well-functioning galley keeps crews healthy and productive. A poorly ran galley causes lost man-hours due to food borne illnesses and injuries, costing companies millions, and in some cases, costing crewmembers their lives. Galley Safety: Health and Hazards (http://www.maritimetraining.com/Product/Galley-Safety-Health-Hazards) is a new training video from Maritime Training Services (www.maritimetraining.com) that responds to these issues by providing training on proper hygiene… Northrop Grumman Corporation's (NYSE:NOC) Aegis guided missile destroyer William P. Lawrence (DDG 110) successfully completed her combined super trial last week in the Gulf of Mexico. The successful sea trial paved the way for delivery to the Navy in the next six weeks. The company's 28th destroyer is being built in Pascagoula. "I'd like to congratulate the team for a very successful acceptance trial," said U.S. Navy Capt. Bill Galinis, supervisor of shipbuilding, Gulf Coast.

H2O, Inc.: Taking the Risk out of Water 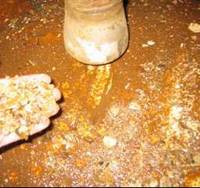 Water is often one of the last thoughts when it comes to safety on rigs, but it should be one of the first. The good news is that this is one of the easiest risks to eliminate. “We thought bottled water was the answer,” said Bryan Courville of Coastal Production and Consulting. “But when we realized just how much water our platforms used that wasn’t bottled – water for ice machines, bathing, brushing teeth, washing laundry and dishes, and food preparation in the galley we realized how great of a safety risk we were chancing.

The future USS Jason Dunham (DDG 109), the 58th ship of the Arleigh Burke-class, successfully completed a combined builder's and acceptance "super trial" May 20, after spending four days at sea operating in the Atlantic Ocean. Because of the maturity of the class, the Navy holds only one round of trials on each ship prior to delivery, instead of separate builder's and acceptance trials. This "super trial" requires less time, fuel and manpower than the typical method. During the trial, Bath Iron Works and the U.S. Navy's Board of Inspection and Survey (INSURV) tested the ship's weapons, communications, and propulsion systems as well as conducting several other inspections including habitability, water purification and food preparation. 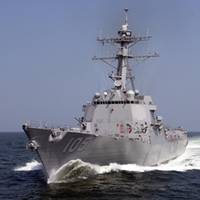 Northrop Grumman Corporation’s Aegis guided missile destroyer Dewey (DDG 105) recently completed her combined super trial in the Gulf of Mexico. During the trial, Northrop Grumman and the U.S. Navy’s Board of Inspection and Survey (INSURV) tested the ship’s weapons, communications, and propulsion systems and conducted habitability, water purification and food preparation inspections. The destroyer is being built by the company at its Gulf Coast facilities in Pascagoula, Miss, and has been confirmed for delivery to the Navy later this summer. 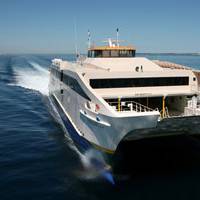 Austal has successfully completed its largest individual ferry contract to date following the delivery of two 226.4 ft vehicle-passenger catamaran ferries Jazan and Farasanto the Kingdom of Saudi Arabia. With the capacity to carry 650 passengers, 50 cars and 15 trucks, the two aluminum catamarans are part of a group of four Austal vehicle-passenger ferries ordered by the Saudi Arabian Ministry of Finance in 2007. The 288.7 ft Riyadh and Cairo were delivered to Saudi Arabia in December last year and later gifted to the Egyptian Government to improve ferry services across the Red Sea.

The recent confluence of three events, all strangely relating to the number 11, is presenting the U.S. shipbuilding industry with challenges greater than seen in many decades. American Classic Voyages (AMCV), owned by Chicago billionaire Sam Zell, is the nation's largest provider of Inland River and Hawaiian Island overnight cruises. In mid October, the company declared Chapter 11 bankruptcy and that action has led the Maritime Administration (MARAD) to cancel its Title XI loan guarantee on the $1 billion construction program. Called Project America, the program would have built two 1,900-passenger cruise vessels for the Hawaiian Islands tourist market. With the financing guarantee cancelled, the shipyard has permanently stopped working on the two cruise vessels.

The 418 ft. ferry M.V. Columbia, owned by the State of Alaska, has returned to service on the Bellingham-Skagway run after a winter layover at Cascade General. The thirty-year old ship emerged from the Portland Shipyard with a re-designed restaurant and cafeteria, re-furbished car-deck doors, renovated solarium, and with a laundry conveyor/elevator installed above the car deck. Both food-service areas were re-built from the deck up, with new floors, carpets, booths, Gage ceilings, and designer lighting. The restaurant dining room features an 11 ft.-diameter dome light over a buffet counter, stainless steel case work, and an improved layout for the serving staff. The restaurant galley's cooking equipment was all upgraded, and now vents into a full-length Gaylord stainless steel hood.

2002 will surely not be counted as “a banner year” for many, if any, industries, particularly not for the leisure and travel niche. The cruise industry survived a tough year, as terrorism, a shakey economy and sickness outbreaks onboard ships grabbed headlines. But it is important to note that the industry did survive. Cruise lines were not as profitable as years past, but last year’s challenges present future opporunities. The end of 2002 closed out with a broken merger agreement between P&O Princess and Miami, Fla.-based Royal Caribbean, which, if completed, would have tallied up to a $6 billion operation. Taking the industry surprise in November 2001, the two companies even managed to keep their trade secret from the industry's powerhouse — Carnival Corp.

In testimony before the U.S. House of Representatives on the matter of Cruise Ship Safety, U.S. coast Guard Rear Admiral Robert C. North, Assistant Commandant for Marine Safety and Environmental Protection, made some interesting observations. Central to his testimony, however, was a call for support of the USCG Deepwater recapitalization of cutters, aircraft and CFISR (command, control, communications, computers, intelligence, sensors, and reconnaissance), a bolstering of assets critical to offshore rescue operations, particularly if the offloading of thousands of passengers from today's large cruise ships, was ever needed. Following are select quotes from his testimony. •"Much of the history of the regulation of maritime safety has been reactive — disasters followed by legislation.