Japan and Indonesia are planning to establish a new high-level bilateral maritime forum. The Japan-Indonesia Maritime Forum will discuss maritime cooperation., says a report in The Japan News. Under the new framework, Tokyo will support Jakarta’s efforts to protect its maritime sovereignty in the South China Sea and other areas. By deepening cooperation with Indonesia, which has strong influence over the Association of Southeast Asian Nations, and through multilateral participation, Japan hopes to counter China, which has been building military strongholds in the South China Sea.

Japan and the Philippines have begun talks for the transfer of two large coast guard ships to Manila, to help patrol the disputed South China Sea, a Japanese foreign ministry official said on Friday, as part of a deal on defence equipment. The two brand-new 90-metre (295-ft) multi-role response vessels will be in addition to ten 44-metre (144-ft) mid-sized coast guard ships, worth 8.8 billion pesos ($188.52 million), that Japan is set to start delivering next week. "Both governments are looking into the possibility of getting two more vessels, this time the bigger ones," Masato Ohtaka, deputy spokesman of Japan's foreign ministry, told journalists in Manila.

Japan summons China envoy twice in five days; rising number of Chinese ships sailing near disputed islands. Japan warned China on Tuesday that ties were deteriorating over disputed East China Sea islets, and China's envoy in Tokyo reiterated Beijing's stance that the specks of land were its territory and called for talks to resolve the dispute. The diplomatic tussle comes amid simmering tension as China builds on outposts in the contested South China Sea, including what appear to be reinforced aircraft hangars, according to new satellite images. Ties between Asia's two largest economies have been strained in recent days since Japan saw a growing number of Chinese coastguard and other government ships sailing near the East China Sea islets, called the Senkaku in Japan and Diaoyu in China.

China Asks U.S. to Support Resumption of Talks with Philippines

China's foreign minister has asked the U.S. secretary of state John Kerry to support the resumption of talks between China and the Philippines over the South China Sea, following a ruling against Beijing over the dispute earlier this month. China did not participate in and has refused to accept the July 12 ruling by The Hague-based Permanent Court of Arbitration, in which U.S. ally Manila won an emphatic legal victory. Meeting in the Laos capital Vientiane on Monday during a summit of the Association of Southeast Asian Nations (ASEAN), Chinese Foreign Minister Wang Yi told Kerry that China and ASEAN had agreed the dispute should get back onto the "correct" track of being resolved by direct talks with the parties concerned.

U.S. Secretary of State Kerry says backs bilateral talks; Philippines says dispute does not involve United States. U.S. Secretary of State John Kerry said on Tuesday he supported the resumption of talks between China and the Philippines over the South China Sea, following an international court ruling against Beijing over the dispute earlier this month. China did not participate in and has refused to accept the July 12 ruling by the U.N.-backed Permanent Court of Arbitration, in which U.S. ally Manila won an emphatic legal victory. China's Foreign Minister Wang Yi had asked Kerry to lend his support for bilateral talks to restart between Manila and Beijing in a meeting between the two in the Laos capital of Vientiane on Monday.

Vietnam has asked Japan to provide vessels to strengthen its coastguard, a Japanese official said on Thursday, in the latest sign of growing ties among the states locked in maritime rows with China. The request emerged during talks between visiting Japanese Foreign Minister Fumio Kishida and Vietnam's Prime Minister Nguyen Xuan Phuc and Foreign Minister Pham Binh Minh, a Japanese spokesman said. "Vietnam wants new vessels," Masato Otaka told reporters, adding that timing, methods of delivery, costs and quantity of vessels had not yet been decided. Vietnam has been modernising its military, and recently bought six advanced Kilo-class submarines from Russia. Russia and India are the main source of advanced weapons, training and intelligence cooperation.

Japan has urged Australia to award a contract to build its new $50-billion submarine fleet, reports SMH. Japan, which is offering a variant of its 4,000 ton Soryu submarine, is competing against rival bids from Germany and France for the contract. Japanese Foreign Minister Fumio Kishida has delivered a blunt message to Canberra that only its bid to build Australia's new $50 billion submarine fleet can provide the crucial "strategic" element. Mitsubishi Heavy Industries (MHI) chief executive Shunichi Miyanaga…

The media in Tehran said on Saturday that Japan plans to extend a contract to purchase crude oil from Iran. Shana news agency – affiliated to Iran’s Ministry of Petroleum – has reported that Japan’s contract will be extended until April 2017. It added that the volume of oil that the country will purchase from Iran will also increase from the current level of 110,000 barrels per day. No figure was nevertheless provided on how much this will increase. Japan is one of Iran's biggest oil buyers but its crude imports have nearly halved from 2011 levels before sanctions.

Japanese Foreign Minister Fumio Kishida warned against China's increasing maritime activities, such as artificial land construction in the South China Sea, reports Nikkei. Referring to tensions over China's growing assertiveness in the South China Sea, Fumio said that Japan will step up efforts to ensure the rule of law for "open and stable seas." He pledged to work for a further improvement of ties with Beijing. "A number of countries have expressed grave concerns about unilateral actions that change the status quo and escalate tensions," Kishida said in a foreign policy address.

G-7 Speaks Out On Chinese Maritime 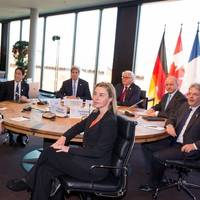 Foreign ministers from the Group of Seven major nations have warned against “any attempt to assert territorial or maritime claims through the use of intimidation, coercion or force” — a message apparently aimed at China. It is for the first time that G7 has adopted a document focusing on maritime security, giving member Japan new backing in its bid to step up pressure on China over territorial issues. The G-7 statement comes as China is carrying out reclamation work on disputed…

Japanese Foreign Minister Fumio Kishida and Vietnamese Vice President Nguyen Thi Doan agreed to continue bilateral efforts to ensure maritime security, underlining the importance of respecting the rule of law. Kishida and Doan also discussed matters related to the South China Sea, the ministry said. The sea is the focus of lingering tensions over territorial rows between China and Southeast Asian countries, notably Vietnam and the Philippines. Kishida was quoted as saying Japan wants to increase cooperation with Vietnam over wide-ranging issues such as maritime security. 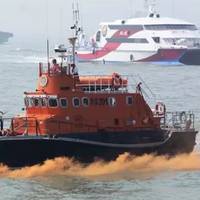 China has to comply with any ruling on competing territorial claims with the Philippines in the South China Sea even if it will not take part in case before Hague court, opined Philippine judge, reports Bloomberg. Philippine Supreme Court Justice Antonio Carpio said that it doesn’t matter if China doesn’t appear, if the tribunal finds that there is jurisdiction, the tribunal will proceed. His country doesn’t want anyone, any state to resort to armed force in settling this dispute, he affirmed.

apan has pitched for stronger maritime security cooperation with India, to counter an increasingly powerful China. During his visit in India on Saturday Japan's foreign minister Fumio Kishida said that both nations should "proactively" assume responsibilities to ensure "open and stable seas" in the region. His comments are seen as an effort to contain China's growing assertiveness in South China Sea. Kishida said India and Japan have huge interests in the region extending from…

Australia and Japan will create a framework pact to cooperate on military technology, the two countries said on Wednesday, a move that could pave the way for Japan to supply stealth submarine designs and components to Australia. The agreement came during talks between Australian Defence Minister David Johnston and Australian Foreign Minister Julie Bishop and their Japanese counterparts, Itsunori Onodera and Fumio Kishida, in Tokyo. "Ministers confirmed the substantial conclusion of negotiations on an agreement for cooperation in the field of defence equipment and technology," the countries said in a joint statement. "We see ourselves as natural partners in many ways," Australia's Bishop told reporters after the meetings.