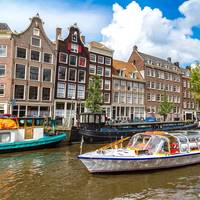 The century-old Amsterdam canal boat Gerarda Johanna looks like a classic with wood paneling, but beneath its floorboards lies a high-tech underbelly: rows of lithium ion batteries, 66 in all, with an electric drive train powering its propeller.The boat is part of a push by Amsterdam’s new Green Party mayor to ban diesel engines from the center’s ancient canals by 2025, helping the city’s efforts to combat climate change.The transition among commercial vessels is well underway…

The century-old Amsterdam canal boat Gerarda Johanna looks like a classic with wood paneling, but beneath its floorboards lies a high-tech underbelly: rows of lithium ion batteries, 66 in all, with an electric drive train powering its propeller.The boat is part of a push by Amsterdam's new Green Party mayor to ban diesel engines from the center's ancient canals by 2025, helping the city's efforts to combat climate change.The transition among commercial vessels is well underway, with 75% of the 550 on the city's water qualifying as emissions free, according to city spokesman Wouter Keuning.Canal boats were a natural fit to go first. They are Amsterdam's most popular tourist attraction…

The seafaring Netherlands prides itself on being a trading nation, reluctant to let politics get in the way of a good deal. But since the downing, allegedly by Moscow-backed rebels in eastern Ukraine, of Malaysian Airlines flight MH17 with the loss of 193 Dutch lives, a growing Dutch chorus has called for the country to use its trade power to hit Russia in the wallet. Dozens of Russian firms have chosen to incorporate in the Netherlands to save money on tax, taking advantage of an extensive network of double taxation treaties. The country is also one of Russia's largest trade partners. Rotterdam, the world's fourth largest port, is a major distribution hub for fossil fuels and minerals and was the single largest destination for Russian exports in 2013… 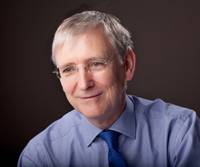 Oil & Gas Regulators Respond to Recent Pollution Incidents by Reviewing their Regulatory Regimes. In response to the spate of significant pollution incidents involving oil & gas exploration, production and transportation that have hit the headlines in recent years, a number of national and international regulators have taken the opportunity to review their regulatory regimes. This article provides an update on the new Community-wide regulations that have been proposed by the European Commission, the regulatory reform that has occurred in Australia and the possible reforms in New Zealand.

The National Waterways Conference has called for “common sense and balance” regarding the latest report issued by the National Wildlife Federation and Taxpayers for Common Sense. "I'm sure this is just the 'first salvo' in the annual charge by the extremist activists to discredit the U.S. Army Corps of Engineers and waterway stakeholders by discrediting the Corps' primary missions--navigation and flood control," said Worth Hager, president of National Waterways Conference (NWC). "I've seen the new 'Crossroads' report. It appears to be a rehash of previous claims and innuendoes, and is a testament to the willingness of these groups to…

French Prime Minister Lionel Jospin, touring beaches devastated by oil seeping from a sunken tanker off the Atlantic coast, pledged to press for stricter global safety rules. Jospin, who cut short a trip to Egypt to return to France as it was hit by violent storms that killed some 60 people and drove two separate oil slicks to its coastline, vowed to use the French presidency of the European Union next year to push for new laws. "We are going to draw the lessons for international regulations," he said. "We are going to make precise proposals. French media reported that the oil slicks, which seeped from the tanker Erika after it sank on Dec. 12, were now threatening 250 miles of France's rugged Atlantic coast, which is heavily dependent on fishing and tourism.