Statoil, on behalf of the license holders, has submitted a Plan for Development and Operation of the Trestakk discovery on the Halten Bank to the minister for petroleum and energy, Tord Lien, in Bodø. Capital expenditures are estimated at approximately 5.5 billion NOK. The discovery, made in 1986, contains about 76 million barrels of recoverable oil equivalent, mainly oil. The project will be tied back to the Åsgard A oil production vessel, with planned production startup anticipated in 2019. 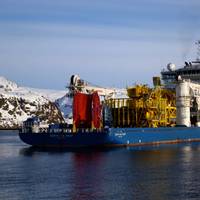 Technip inform they have been awarded by Statoil a substantial contract for future intervention services on the Asgard Subsea Compression Stations situated on the Norwegian contenental shelf. Ranking among the largest developments on the Norwegian continental shelf, the Asgard field lies on the Halten Bank in the Norwegian Sea, about 200 kilometers off Norway. The Asgard subsea compression facility is the world’s first project of its kind, involving placement of compressors closer to the well in order to boost recovery rate of oil at the reservoir. 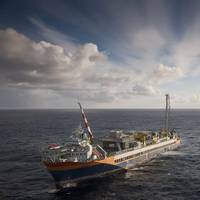 Expro has been awarded its single biggest power connector order to date with a contract worth in the region of £7.3million. Aker Solutions, of Norway, has ordered high-voltage subsea connectors for the subsea gas compression system the company is developing for Statoil at the Åsgard field, which is located 124 miles offshore of Norway, in the Halten bank of the Norwegian Sea. The Åsgard project is a significant win for Expro as not only is it Expro Connectors & Measurements single largest power connector order to date… 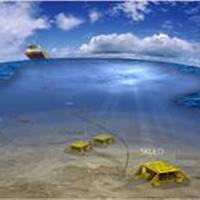 Statoil and its partners have submitted a plan for development and operation of the Skuld field on the Halten Bank to the authorities. Norne operations vice president Anita A. Stenhaug, handed over the plan to Norwegian state secretary Per Rune Henriksen during a ceremony at Statoil's office in Harstad, Norway on 26 September. Recoverable reserves in Skuld are estimated at 90 million barrels of oil equivalents, mostly oil. Total investments are estimated at nearly NOK 10 billion (USD 1.7 bullion). 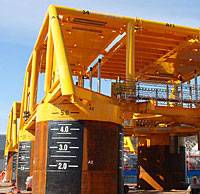 Statoil commenced production of oil from the Morvin subsea field towards the Åsgard field in the Norwegian Sea Sunday, 1 August. “The field is strategically important for further development and operation of activities in the Norwegian Sea,” said Ivar Aasheim, head of the Operations North cluster in Statoil. Located 20 kilometres west of the Åsgard B platform on the Halten Bank, Morvin is a subsea development with two templates and four production wells. The well stream is led through a 20-kilometre long pipeline to the Åsgard B platform for processing. StatoilHydro has begun production from the Tyrihans oil and gas field in the Norwegian Sea. The new field comprises Tyrihans South, an oil field with a gas cap, and Tyrihans North, a gas and condensate discovery with a thin oil zone. The recoverable volumes in the reservoirs are 186 million barrels of oil and condensate, and 41.5 million standard cubic m of gas. Its proximity to other fields on the Halten Bank allows Tyrihans to use existing infrastructure.

Aker Solutions has been awarded a contract by StatoilHydro for the delivery of a complete work-over system for subsea trees at the challenging high-pressure/high-temperature (HP/HT) Kristin field in the Norwegian Sea. Contract value is approximately $49.2m. Scope of work includes engineering, procurement, manufacturing and testing of a complete work-over intervention system, including tools. A work-over system is equipment that is needed to perform well intervention activities on subsea wells. The objective of work-over operations is to maintain and increase production from the subsea wells. The contract is a call-off from the frame agreement signed between StatoilHydro and Aker Solutions in Q3 2007.

accomplished with support from Kongsberg Maritime systems. and tugs. development in the Norwegian Sea. world's largest seagoing tugs. include one towing forward of the platform, one at each side and one aft. Tug number five was serving as an escort. high level of co-operation between all the companies involved. voyage. start on October 1st.

Statoil has awarded Aker Maritime two large contracts for maintenance and modification work on its fields in the Tampen area of the North Sea and the Halten Bank/Nordland area of the Norwegian Sea. Including options, the contracts run for up to 11 years, and have a combined value of around $1 billion. The contracts consist of frame agreements for the maintenance and modification work to be carried out on the installations operated by Statoil in both the Tampen area and the Halten Bank/Nordland area. The Tampen area includes the Statfjord A, B and C platforms and the Gullfaks A, B and C platforms. The options cover work on the Snorre TLP, Snorre B and Visund platforms when Statoil takes over as operator of these fields.