Brazilian iron ore miner Vale on Monday said it now expects sales of iron ore and pellets to be between 307 million and 312 million tonnes in 2019, further reducing its full-year outlook as it grapples with the aftermath of a deadly dam burst.Vale has been compelled to halt production at various facilities because of safety worries after the collapse of a tailings dam in the town of Brumadinho that killed more than 250 people in the company's second fatal accident in less than four years.The miner had initially forecast that 2019 sales would stand at the midpoint of a range of 307 million to 332 million tonnes, before saying in October that it expected them to come between the lower end and the midpoint of the range, which would have been 319.5 million.The outlook change is due to "greater

If the price of the product your company produced had just experienced a 20 percent price surge in one day, its biggest jump ever, it would be reasonable for you to be overjoyed. But maybe not if you are an iron ore miner. This month's leap in Asian spot iron ore prices coincided with the annual Global Iron Ore and Steel Forecast conference in Perth, capital of Western Australia state and home to the iron ore operations of three of the world's four biggest producers. Spot iron ore soared to $62.60 a tonne on March 7 from a prior close of $52.40, a record in percentage terms and the biggest dollar move in four years. The problem for the insiders at the Perth conference is that as much as they would like to believe the move is sustainable, nobody really does.

Brazilian iron ore miner Vale SA said late on Tuesday in a filing it had completed the sale of four very large ore carriers (VLOC), also known as Valemax class ships, to a consortium lead by ICBC Financial Leasing. ICBC is a subsidiary of the Industrial and Commercial Bank of China Limited. The deal was valued at $423 million and the resources were transferred to Vale on Tuesday. Each VLOC has the capacity to carry 400,000 tonnes of ore. Reporting by Reese Ewing

Murilo Ferreira quit as chairman of Brazil's Petroleo Brasileiro SA, the state-controlled oil company said on Monday, without disclosing the reason for his decision. Ferreira had been on a leave of absence since Sept. 14, and Nelson Carvalho replaced him on an interim basis. In a securities filing, the company known as Petrobras said Carvalho would stay in that position until the board convened to elect a new chairman. Ferreira, who has been chief executive officer of Brazilian iron ore miner Vale SA since 2011…

BHP Billiton said on Tuesday it will spend $240 million upgrading its marine iron ore facilities in Western Australia. The funds will be used to purchase six tug boats and build a new tug harbor in the Port Hedland Port, with construction due to be completed in the September 2016 quarter. BHP is expected to show it shipped a record 250 million tonnes of iron ore through the port in fiscal 2015. when it releases its year-end operations report on Wednesday. "This project will enable BHP Billiton to safely meet projected demand for tug services and effectively manage shipping risk for all users of the Port Hedland Port," BHP iron ore division head Jimmy Wilson said in a statement.

BHP Billiton plans to construct a new eight pen tug harbour at Hunt Point in Port Hedland, as well as purchase six additional tugs, for $US240 million ($A326 million). The investment will also include an upgrade of workshop facilities, operational and service berths and two small boat moorings at the existing Nelson Point tug harbour. The project is expected to create up to 200 jobs in Port Hedland during construction phase. BHP is expected to show it shipped a record 250 million tonnes of iron ore through the port in fiscal 2015 when it releases its year-end operations report on Wednesday.

Charter rates at 6-year lows as cargoes scarce; some owners anchoring ships rather than leasing at a loss. Rates for capesize bulk carriers have plunged to fresh six-year lows and could fall further with cargoes scarce in the post-holiday period, brokers said. "There are still a lot of ships that are anchored off South Africa, Singapore and Taiwan with not a lot of cargo volume to soak them up," a Singapore capesize broker said on Thursday. Some European owners are choosing to anchor vessels rather than lease their ships at a loss, the broker said. Charter rates for a voyage from Australia to China are around $3,000 per day, less than half daily operating costs, according to data from British shipping services firm Clarkson.

A year after the epic collapse of his industrial empire, Brazilian tycoon Eike Batista's financial and legal troubles appear far from over. Once worth more than $30 billion and listed as the world's eighth-richest man by Forbes Magazine, Batista says his debts now exceed his assets by $1 billion and the value of his remaining stakes in the oil, shipbuilding, mining and transportation companies he founded continues to shrink. Batista also faces criminal and regulatory investigations into suspected insider trading and fraud. On Monday, a judge ordered Batista, who has repeatedly denied any wrongdoing, to testify on Nov. 18, the first step in a legal saga that experts say could drag on for months, if not years. 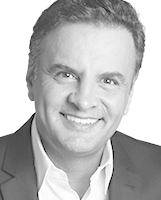 U.S. options market bulls rushed to some of the biggest Brazilian companies on Monday, a day after pro-business Brazilian presidential candidate Aecio Neves' surprisingly strong showing in the first-round election vote. Brazilian financial markets rallied after the centrist senator's strong finish in Sunday's election, setting the stage for what is expected to be a tight runoff against leftist President Dilma Rousseff. Neves will now face Rousseff in the second-round runoff on Oct. 26.

Brazil's iron ore miner Vale SA said on Friday it secured a deal with China Merchants Group to lease for 25 years as many as 10 very large ore carriers, which will be built by China Merchants, to ship ore from Brazil to mainland China. Vale had commissioned at least 35 VLOCs, as they are known in the shipping industry, to be built over the past decade by Asian shipbuilders, some Chinese. The miner intended to cut its freight costs for shipping ore to China, the world's largest producer of steel and consumer of iron ore, to better compete with rival Australian miners. But until now, China has banned such large vessels that can carry more than 400,000 tonnes from entering its ports.

Japan's Prime Minister Shinzo Abe touted the success of his economic policies on a visit to Brazil on Friday and said it was time for the two nations to expand their trade and investment partnership. On the first visit to Brazil in a decade by a Japanese prime minister, Japanese banks extended $700 million in loans to boost Brazilian soy and corn exports to Japan and build ship platforms for Brazil's burgeoning offshore oil industry. Abe told Brazilian business leaders that Japan has closed a 15-year deflation cycle since his stimulus policies began to kick in and there is great potential to expand trade and investment with Latin America's biggest economy. "With Japan growing again, we can grow with other nations," he said in comments to executives translated by an interpreter.

India said on Tuesday it may appeal against parts of a World Trade Organization ruling against countervailing U.S. duties on some of its steel exports, despite being partly vindicated in a trade dispute. States impose countervailing duties, or punitively high import tariffs, when they suspect another country of gaining an unfair trade advantage through subsidies. The WTO, ruling on the April 2012 case, said on Monday that the United States had acted wrongly in claiming some Indian subsidy programmes had given steelmakers such as Tata Steel an unfair advantage. "Important issues have been in our favour but there are still some issues on which we are not happy," India Commerce Secretary Rajeev Kher told reporters. "There are several procedural issues which are in U.S.

Rates for capesize bulk carriers on key Asian routes are set to slide next week as too many ships chase too few cargoes from Australia and Brazil, brokers said. There are around 32 capesize ships in ballast and currently available for charter, with another 72 ships becoming free in the next two weeks, a Singapore-based capesize broker told Reuters on Thursday. By comparison 24 capesize ships were fixed on charter for the week up to Wednesday, Reuters shipping data showed. "I think the capesize market will be slightly softer. It's had its rally but it was shortlived," the broker said. 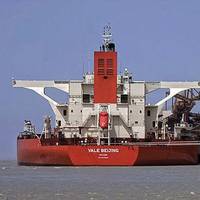 Nippon Steel & Sumitomo Metal Corp, Japan's biggest steelmaker, may start talks on a contract to transport iron ore from Brazilian miner Vale on Valemax ships, the world's biggest bulk carriers, to cut costs, a senior official said. Such a contract would be a boost for Vale, which is trying to increase use of the ships after China in 2012 prevented the world's biggest iron ore miner from docking the giant vessels in its ports to protect its own shipping companies. The 400,000 deadweight tonne (dwt) vessels could cut Nippon Steel's shipping costs by at least $400,000 on each cargo. 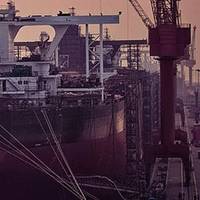 Reuters - Brazil's Vale SA will launch in March the first phase of its iron ore storage and distribution center in Malaysia that will improve its access to China, its biggest customer, a company official said on Tuesday. The world's top iron ore miner, whose huge Valemax vessels are banned from Chinese ports, built the Malaysian terminal to better compete with Australian rivals Rio Tinto and BHP Billiton. The 400,000-deadweight metric ton (dwt) vessels, the world's biggest bulk carriers…