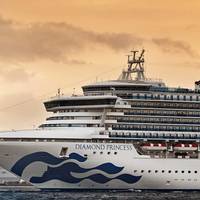 Princess Cruises, the operator of two coronavirus-stricken ships, said on Thursday it would suspend global operations of its 18 cruise ships for two months, sending shares of its parent company Carnival Corp down 22% in premarket trading.The Grand Princess was denied entry to San Francisco Bay last Wednesday en route back from Hawaii as authorities learned some passengers and crew had developed flu-like symptoms, and that patrons from an earlier cruise to Mexico aboard the same ship had tested positive for coronavirus.The Diamond Princess cruise ship…

Carnival Corporation-owned Princess Cruises said that Regal Princess will be the second ship in its fleet to offer the Princess Medallion wearable technology.Regal Princess will be fully activated for her Caribbean Season starting February 17, 2019. The Princess OceanMedallion, included complimentary, is a wearable device that elevates the guest experience by delivering enhanced experiences and personalized service resulting in high guest satisfaction scores, claimed the company.The fully automated gadget has no visible technology… 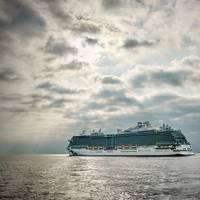 Italian shipbuilder Fincantieri said it has signed a memorandum of agreement (MoA) with Carnival Corporation brand Princess Cruises for the construction of two 175,000-ton cruise ships. The newbuilds, which will be the largest ships built so far in Italy, are slated to be delivered in Monfalcone in late 2023 and in spring 2025.The vessels will accommodate approximately 4,300 guests and will be based on a next-generation platform design, being the first Princess Cruises’ ships to be dual-fuel powered primarily by liquefied natural gas (LNG).“This revolutionary platform for next-generation… 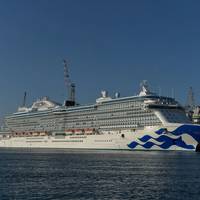 Majestic Princess, the third Royal Princess class cruise ship built by Fincantieri for ship owner Princess Cruises, was delivered at the Monfalcone shipyard in Italy. Princess Cruises, a Carnival Group brand, will deploy the new vessel on the Chinese market. The 145,000-gross-ton Majestic Princess is said to be the largest ship ever built in Italy, able to accommodate 4,250 passengers in 1,780 cabins and 1,350 crew members. The vessel flies the Bermuda flag and is the first ship which Fincantieri has specifically designed and built for the Chinese market…

Cruise Shipping Miami 2015 is gearing up to offer the most comprehensive and robust roster of panel discussions featuring the industry's most knowledgeable and experienced executives. The panels will be grouped under several broad themes based on industry trends during the four-day conference. The 31st edition of Cruise Shipping Miami is scheduled for March 16-19 at the Miami Beach Convention Center. Organized by UBM Connect, thematic topics include The Geography of Cruise Tourism, Safety and Ship Operations, Market Segments and Cruise Product Development.

Holland America Line announced today that effective Dec. 1 Orlando Ashford will join the company as president to lead the award-winning cruise line's brand and business, including its fleet of 15 premium vessels carrying approximately 850,000 guests annually to all seven continents. Ashford joins the company from Mercer, the global consulting leader in talent, health, retirement and investments, where he was president of the Talent Business Segment. “We are fortunate to have Orlando join our team…

Today, Princess Cruises, a subsidiary of Carnival Corporation & plc, announced that it has reached an agreement with the Italian shipbuilder Fincantieri to build a new ship, which will enter service in 2017. The as-yet unnamed 143,000-ton vessel, which will be built at an all-in cost of approximately 600 million euros, will carry 3,560 passengers, and feature the successful design platform introduced by sister ships Royal Princess in 2013 and Regal Princess which entered service this past May. 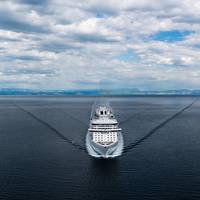 Fincantieri says it has signed an agreement with Carnival Corp. to build  the new cruise ship for its Princess Cruises brand at a cost of about 600 million euros. The 143,000-ton ship, which will enter service in 2017, will carry 3,560 passengers (lower berths), and feature the successful design platform introduced by sister ships “Royal Princess” in 2013 and “Regal Princess” which entered service this past May. “We are incredibly excited to add this fabulous new ship to our already formidable fleet,” said Jan Swartz, Princess Cruises President.

Looking to convince Chinese tourists that a ship can be a holiday destination and not just a way to get there, the world's leading cruise lines are spending billions of dollars on flashy new vessels and quirky on-board services. Carnival Corp and Royal Caribbean Cruises Ltd are trying to pique interest with China-centric attractions such as a menu inspired by an ex-president. They are also tapping a national penchant for education with classes ranging from foreign languages to silver service. Drawing cruise lines to China is the prospect of $11.5 billion in sales come 2018 compared with $6.8 billion last year, according to researcher Euromonitor. The market will soon be the second-biggest and could eventually surpass the United States, industry executives said. 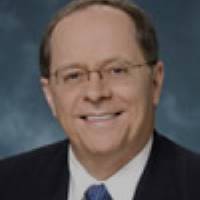 Alan Buckelew, currently the president and CEO of Princess Cruises, is being appointed to the newly created role of Chief Operations Officer of Carnival Corporation & plc effective December 1, 2013, reporting to President and CEO Arnold Donald. Buckelew will have oversight of all maritime and port operations around the world and our group collaborative functions, including information technology; group strategy and global operations; ship retrofits; newbuilds; research and development; risk advisory; and quality assurance.

Wakefield Research nationwide survey reveals generational divide over relaxation habits. The 2012 Princess Cruises Relaxation Report, commissioned in celebration of National Relaxation Day on Aug. 15, revealed that Boomers and their adult children's generation of Millennials have very different vacation habits, from social media vices to work-life balance, with the latter finding it more difficult to, or simply refusing to, truly disconnect while on holiday. The national survey found that Boomers (approximately 48-66 years of age) take their vacation time seriously, with more than one in three finding it impossible to go an entire vacation without doing anything work-related.

When the new Royal Princess launches in June 2013, Captain Tony Draper will be in command of Princess Cruises ’ newest vessel, leading a senior officer team with more than 100 years of seagoing experience among them. The senior four-stripe team will also include Relief Captain Dino Sagani, Chief Engineer Fabio Braccelli, Hotel General Manager Dirk Brand, and Staff Captain Tim Stringer. The 3,600-passenger Royal Princess is a new-generation ship currently under construction in Italy that will debut a number of new features for Princess, including a dramatic over-water SeaWalk, a 50 percent larger atrium, a new Princess Live! television studio, and balconies on all outside staterooms.

Princess Cruises to Base Ship Year-round in San Francisco 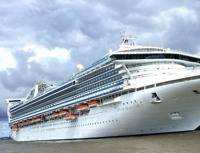 Princess Cruises has announced that for the first time it will base a ship in San Francisco year round, beginning in May 2013.The extensively renovated Grand Princess will first offer a series of Alaska cruises during the summer months from the "City by the Bay," followed by a schedule of Hawaiian Islands, Mexico and the California Coast sailings during the fall 2013 to spring 2014 season. Last year the 2,600-passenger Grand Princess underwent the largest drydock in Princess Cruises history…