First Subsea, part of the First Tech Group based in Aberdeen, has won the inter-array cables protection contract from DEME at the Neart na Gaoithe (NnG) offshore wind farm (OWF).The cable protection system will be designed to protect the cable during installation and during the operating lifespan of the wind farm.The windfarm has been developed by EDF Renewables and Irish electricity company ESB, which now has a 50% stake in the project.Neart na Gaoithe will consist of 54 turbines and will be located in the North Sea approximately, 15km off the coast of Fife in south-east Scotland. 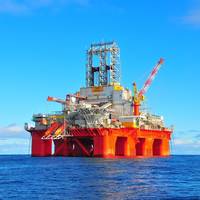 Transocean, the world's leading offshore drilling contractor with 61 rigs in its fleet, has issued a Fleet Status Report that provides the current status of and contract information for the company's entire fleet of offshore drilling rigs. Being the largest offshore drilling company in terms of market capital, Transocean is ridding itself off of the old rigs, the long-since weighing overheads, and reducing inefficiency in its processes. Actinia - Awarded a three year contract offshore India at a dayrate of $101,000 ($111 million estimated contract backlog). 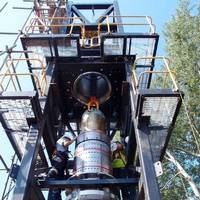 Transocean Ltd. says that it intends to pursue the creation of an entity comprising 8 of its UK North Sea midwater drilling rigs. The new entity, Caledonia Offshore Drilling Company (Caledonia) is expected to be established during the second half of 2014. Sedco 704, Sedco 711, Sedco 712, Sedco 714, Transocean John Shaw, Transocean Prospect, GSF Arctic III and J.W. McLean. Transocean explains that the UK North Sea remains an important market for them and the company is committed to maintaining its presence in the region. 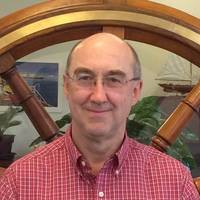 Capilano Maritime Design Ltd., a naval architecture design firm based in North Vancouver, BC, Canada, announced that John Shaw has joined the firm as Manager of Engineering. For the last six years, John was employed at Seaspan Shipyards where he played a role in the shipyard’s successful bid for a $2.6 billion contract for the construction of several non‐combat ships for the Government of Canada. He has served as Technical Director for Thordon Bearings Inc. for many years during the development of their highly successful water‐lubricated bearing products. 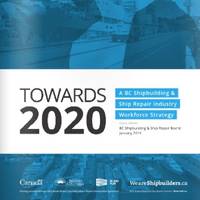 The B.C. Shipbuilding and Ship Repair Board (SSRB) announce the release of its workforce development strategy document for the B.C. shipbuilding and ship repair industry: 'Towards 2020: A BC Shipbuilding & Ship Repair Industry Workforce Strategy'  is intended to inform and guide public and private investments in future labour market development initiatives over the next decade. It is forecast that throughout the next ten years alone, B.C. employers will need more than 4,000 skilled… 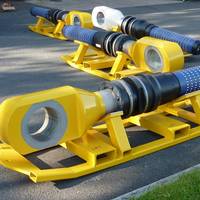 Deepwater mooring specialist, First Subsea Ltd has been awarded a contract by Technip Inc to supply the subsea mooring connectors for a 23,000-ton truss spar platform moored in 5,310ft (1,620 m) of water in Anadarko Petroleum Corp's Heidelberg field development in Green Canyon Blocks 859, 860,903, 904 and 948 in the Gulf of Mexico. The Heidelberg spar will be moored by nine Series III Ballgrab ball and taper mooring connectors attached to polyester mooring lines. The connector's…

Fincantieri has ordered Thordon seawater lubricated COMPAC propeller shaft bearing systems for a new 116,000GT cruise ship being built for Princess Cruises at the Monfalcone Shipyard in Italy for 2008 delivery. This will be the tenth Carnival Corp.-owned ship fitted with seawater lubricated COMPAC bearings since the first installation in 1998 on Grand Princess. The COMPAC tapered key bearing system is similar to those supplied by Thordon to the nine other Princess/P&O Cruises ships. “Seawater is pumped from the sea chest to the stern tube and strut bearings and exits from the bearing to the sea (there is no aft seal and no oil). The COMPAC tapered key system allows inspection of the bearing and shaft journal without withdrawing the shaft from the ship…