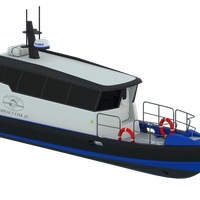 Danish shipbuilder Tuco Marine rounded out 2017 with the sale of another ProZero boat for the Norwegian fish farming sector. Emilsen Fisk in Rørvik has ordered a ProZero boat tailored to breeders' specific requirements. The 11-meter ProZero workboat, purchased through Tuco subsidiary ProZero Norge AS, will be used for passenger transport at the Emilsen Fisk AS breeding plant off Rørvik. Tuco noted that the vessel’s deep-V bottom secures a comfortable ride and exceptional seakeeping capabilities – all-important qualities if the crew is to arrive rested and ready at the facility.

Autonomous Workboats: The Future is Now 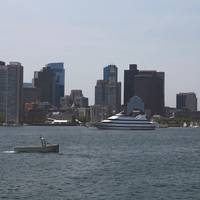 Sea Machines is bringing autonomous self-driving systems to the world of workboats. At an impressive virtual reality demonstration seen late last year and then again at a frigid, late winter visit to the Boston waterfront, the future of workboat technology became all too evident for this writer. The late George Allen, former head coach of the Washington Redskins football team perhaps said it best when he coined the phrase, “The future is now.” If so, then Michael Johnson, the founder of Sea Machines Robotics has brought that reality to the marine industry. 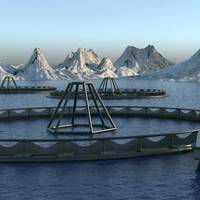 Following vessel deliveries to the offshore business and governmental organizations in Norway, Tuco Marine will now also deliver to the Norwegian Aquaculture industry. Two ProZero 15m boats have been sold as high pressure cleaning boats to Norwegian AKVA Group. Designed by a team of skilled engineers, through collaboration with multiple world leading aqua cultural experts, the 15 meter boats are developed upon the many requests Tuco has had for specialized Aqua Cultural Workboats from the Tuco Marine ProZero series of daughter crafts, workboats and FRCs. 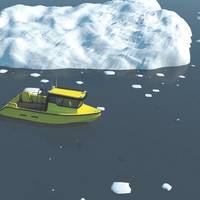 Tuco Marine’s Arctic Workboat Daughter Craft is Marine News' October 2016 Boat of the Month. Danish producer Tuco Marine has introduced an all new Arctic Workboat Daughter Craft. Developed in response to international requests and specifications, the unique craft has been in every detail optimized for Arctic and/or cold weather operations. In a nutshell, the Tuco Marine ProZero series of Daughter Crafts, Workboats and FRCs are designed to meet the needs of the huge number of Arctic Patrol Vessels, Icebreakers and Polar Research Vessels that are currently under development and construction. 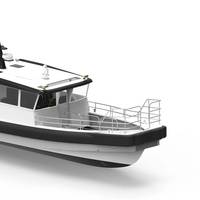 Tuco Marine Group will supply its 11m ProZero Wind Farm Service Vessel daughter crafts to the two Ulstein X-stern vessels ordered by the German based Bernhard Schulte affiliate WINDEA Offshore GmbH. The vessels will go into charter for Siemens. And the daughter crafts will be delivered from Tuco Marine in Q2 and Q3 2016. The daughter crafts - the "ProZero 11m Wind Farm Service Vessel" - is from the newly developed ProZero series. The hull design is based on the well proven and tested hull from Tuco's Guard Series. Tuco has produced and continuously developed the Guard series since 2002. 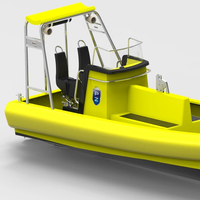 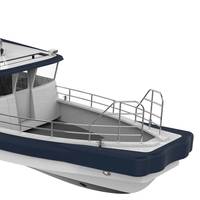 Less than a week before the Offshore Energy 2014 Exhibition and Conference in Amsterdam the coming week, Tuco Marine disclosed the newest vessel in the ProZero series of Fast Rescue Boats, Daughter Crafts and Workboats; The New ProZero 11m Wind Farm Service Boat. The new design, a dedicated service boat and crew transfer vessel for offshore wind farms, has been developed as a little sister to the ProZero 13m Wind Farm Service Boat presented earlier this autumn. The 11m meter vessel… 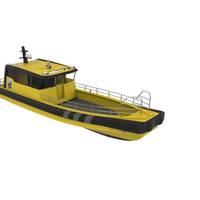 Tuco Marine Group of Denmark discloses the newest vessel in the ProZero series of Fast Rescue Boats, Daughter Crafts and Workboats; The New 13m WIND FARM SERVICE BOAT. The new design is a dedicated service boat and crew transfer vessel for offshore wind farms. The boat has been developed in close collaboration with Norwegian operators and experts in Wind Farm Services. A video presentation of the new vessel design is available here. The 13m meter vessel is constructed to be lifted…

Tuco Marine Group says that it has sold its first boat shortly after the launch of ProZero, the new range of boats for the professional market. The vessel was sold in close cooperation with Tuco's Norwegian partner Provide Maritime A/S and was commissioned by Bergen & Omland Friluftsråd for the Archipelago service. The vessel, a ProZero 10.5 DC Archipelago, is from the newly developed ProZero Vesel series. The hull design is based on the well proven hulls from Tuco's Guard Vessel Series. The Guard series has been produced and continuously developed by Tuco since 2002. 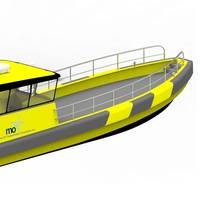 Upgraded crewboat design employs carbon-reinforced composite materials and is lighter, faster and more fuel-efficient than alternatives. Marine Oil Transportation Consultants Inc (MarinOIL) and Tuco Group of Denmark have concluded a cooperation agreement that will see the marine projects consultancy market the Tuco-designed and built ProZero workboat range to the offshore oil and gas sector. The agreement includes the ProZero surfer, a lightweight 16m waterjet powered crewboat capable of 23 knots carrying up to 12 passengers.