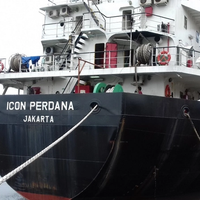 Shell Marine has provided clear evidence of the cost savings available when a customer chooses its medium-speed engine oil Shell Gadinia, after PT Indo Container Line (ICON Line) confirmed that reduced lubricant consumption led to longer oil-drain intervals and costs down by 58%.Calculations made immediately after comparative trials for the Indonesian shipping line showed that a 58% cut in lubricant costs is available to ICON Line through the use of Shell Gadinia S3. Annualized… 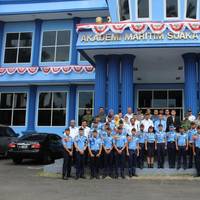 The Akademi Maritim (AKMI) Suaka Bahari Cirebon has selected VSTEP for the supply of one DNV Class A FMB Simulator to train its students in accordance with the latest IMO requirements and model courses. On August 22, 2016, VSTEP and its local distributor PT Megatech Mandiri Setia have been awarded the contract from AKMI Suaka Bahari Cirebon to deliver a NAUTIS DNV Class A FMB simulator with 240° horizontal field of view and a NAUTIS Instructor Station. The signing ceremony was attended by representatives from PT Pelindo 2, the Indonesian Ministry of Education and the Indonesian Navy.

Installed and on the water, Yanmar’s 6AYA-ET engines are already providing value on the U.S. Gulf Coast. This fully mechanical engine is anything but low-tech. More than 60 years of worldwide experience plus an engine designed specifically for the United States market has made a winning combination for YANMAR’s new EPA compliant commercial engine application. The Push boat Sherry L, owned by E Squared Marine Services, LLC from Texas and repowered by Laborde Products, now operates even more quietly and with better fuel consumption thanks to its new 6AYAM-ET engines.

Further to Class News No. 11/2014, Standard Communications Pty Ltd. has issued a Product Safety Recall relating to its GME-brand emergency position indicating radio beacons (EPIRBs). The following GME EPIRB models, manufactured between January 2005 and February 2008, have been recalled: MT400, MT401 and MT403 beacons with serial numbers between 50101000 and 80250722. Owners and operators of vessels fitted with any GME-brand EPIRB should check the beacon’s model number and serial number. The serial number can be found on the left side of the beacon at the base of the identity panel.

The providers of the system, SevenCs inform that after a series of trials with different Portable Pilot Units (PPU) the Portsmouth Pilots have selected ORCA Pilot G2 as their navigation tool of choice. The new software is produced by SevenCs, the leading maritime software development company for navigation and chart production. With Centerprise International as the local distributor for the UK, customers can rely on a strong partner with a proven track record for governmental and public service IT projects. 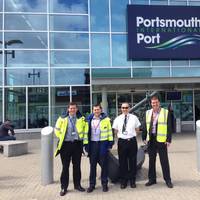 After a series of trials with different Portable Pilot Units (PPU) the Portsmouth Pilots have selected ORCA Pilot G2 as their navigation tool. The new software is produced by SevenCs, the leading maritime software development company for navigation and chart production. With Centerprise International as the local distributor for the U.K., customers can rely on a strong partner with a proven track record for governmental and public service IT projects. Ben McInnes, Deputy Harbour Master and Portsmouth Pilot said, “The new software is easy to use and offers amazing capabilities. 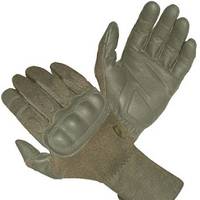 Hatch responds to the Moore Tornado recovery team by donating Operator HK field gloves to first responders sifting through debris. After just one day of searching through sharp and heavy ruins, the first responders’ were left with shredded gloves, making it difficult for them to assist the community in the search and rescue efforts. “Supplying gloves to those who are out doing this heroic work is the very least we can do,” said Adam Avitabile, Category Manager, Hatch. The Operator… 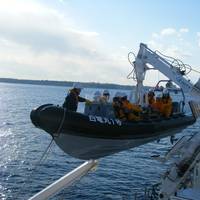 Caley Ocean Systems has supplied davits for four Japanese Fisheries patrol vessels. The davits will allow the rapid deployment and retrieval of a range of high speed workboats, even in Sea State 6 conditions, during patrol operations. The all-weather Caley davits enable rigid inflatable boats (RIBS) to be held in readiness and launched in seconds. Crew safety is paramount to the davit's handling system which features anti-pendulation control for pitch and roll damping and reduction of pendulum swing. 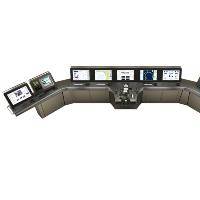 The German navigation system supplier Raytheon Anschütz introduces a new series of Radar, ECDIS and Conning systems. The new Synapsis Workstations are part of the Raytheon Anschütz exhibit at Norshipping 2011. The new generation of Synapsis (Chart-) Radar, Synapsis ECDIS and Synapsis Conning are an integral part of the recently launched Synapsis Bridge Control series. The wide-screen, task-orientated Synapsis workstations are based one an innovative system architecture, which uses standard hardware and software to provide highest scalability. 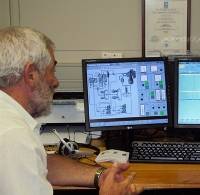 Transas Marine International in cooperation with its local distributor Radio Holland South Africa has recently installed a new engine room simulator at Durban University of Technology (DUT) Department of Maritime Studies, South Africa. The first group to be trained on the new engine room simulator will be the students registered for Marine Engineering Knowledge I, starting this semester. Part of their assessment will be a completion of series of progressive tasks aimed at obtaining basic operator skills and familiarization with an engine room equipment.

Are you LRIT Compliant?

The International Maritime Organization (IMO) has adopted an amendment to Chapter V of the International Convention for the Safety of Life at Sea 1974 (SOLAS), which introduces new mandatory position reporting obligations for SOLAS ships. It's called Long Range Identification and Tracking (LRIT) and requires vessels to automatically transmit their identity, position with date/time at 6-hour intervals. •    Mobile offshore drilling units. •    Flag State: May track ships within its own fleet anywhere in the world. •    Port State: May set its own requirements for ships that have indicated that they intend to call at its ports. •    Coastal…

In May 2002, Transas installed its Navi-Harbour 3000 VTS systems in two Moroccan ports, Jorf Lasfar and Mohammedia. Transas has won these orders following the success of Soremar, its local distributor in Morocco and North Africa, in the international tender. The VTS system configurations ordered for the both ports are identical and comprise in each case a radar sensor with a Transas ORS-3 radar processor, Transas VTS Server used as Master operator station and one full-functional Operator Display Unit Workstation. The systems supplied provide target tracking within the area extending from 20 nautical miles outside the port to ship berthings on the port basin.