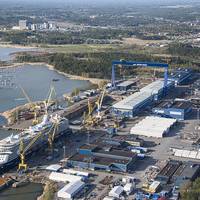 Finnish shipbuilder Meyer Turku Oy said it has signed a strategic partnership agreement with the University of Turku, with the objective to develop and strengthen education and research in engineering.The partnership agreement increases student projects, theses, as well as teaching events, expert lectures and workshops between the university and shipyard. The employment opportunities offered by Meyer Turku in marine industry will become more visible on campus. This collaboration…

Finnish shipbuilding company Meyer Turku Oy (known as the Turku shipyard) announced that the supply orders of the shipyard got almost doubled in two years."The value of supply orders to the shipyard has grown very strongly. It has almost doubled in two years (+ 84 %). The value of the supply orders was approximately EUR 933 million in 2018 when the corresponding figure in 2016 was approximately EUR 508 million," said a press release from the shipbuilder located in Turku, Finland… 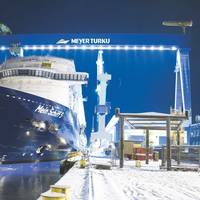 Maritime Reporter & Engineering News recently visited Finnish shipbuilding giant Meyer Turku, whose sights are set on building bigger. It is safe to say that when shipbuilding commenced in the town of Turku, Finland in 1737, the company building wooden boats at the time could not have envisioned the enormous vessels that would eventually be built by the site’s current occupant, Meyer Turku. The Meyer family, operator of the German shipbuilding company Meyer Werft, took over the… 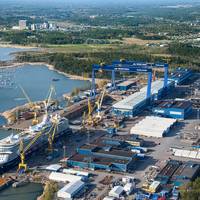 Miami-based cruise line operator Royal Caribbean Cruises Ltd. and Meyer Turku shipyard signed a memorandum of agreement for two next generation cruise ship orders to be delivered in 2022 and 2024. The around 200,000 gross ton large cruise ships under the project name “Icon” will mark the beginning of a new generation of LNG powered cruise ships with a number of innovations such as an application of fuel cells for power generation. Fuel cells are a very energy efficient and clean way to generate electrical energy.

Mein Schiff 5 delivered to TUI Cruises Ahead of Schedule

Today, ten days ahead of schedule, TUI Cruises took delivery of Mein Schiff 5 from the Meyer Turku shipyard. Wybcke Meier and Frank Kuhlmann, CEO and CFO of TUI Cruises, together with Dr. Jan Meyer, CEO of Meyer Turku Oy shipyard, marked the occasion with invited guests at the handing-over ceremony. In the early afternoon of June 21, 2016 the ropes will be cut. Mein Schiff 5 and her complement of approximately 1,000 crew members will then set sail for Kiel, the first German port of call where she will finally dock on June 23, 2016.

The Meyer family is building ships since 221 years. Ever since, the family company’s success relied on a long-term approach that aimed to develop the technology, advance the skill-set of employees, and reinvest profits. The basis for this success is a stable ownership structure. To ensure this stability also for the future, the family has decided to donate its shares into family foundations. The legal form of a German family foundation is a proven framework to ensure a long-term stable ownership in a single hand supporting the sustainable development of the shipyards in Turku…

Meyer Turku Back in the Black

After many years with difficulties, Meyer Turku Oy reports positive consolidated earnings again under new Meyer ownership. The audited accounts for 2015 show a profit of 15.1m € on revenues of 593.6m€ resulting in 2.5% return on revenue. “We are very pleased to show some early signs of a turn around.”, comments CEO Jan Meyer and adds: “This result is very helpful and urgently needed to show our stakeholders that we can build ships in Turku in a sustainable manner and that we have the strength to engage in recruitments and in our sizeable investment program.”

Konecranes will deliver a new 1,200 ton Goliath gantry crane to Meyer Turku Oy. The design, precision drive components, electrical installation and automation system and structural components will be supplied by Konecranes, while Meyer Turku will manufacture the main girder in its own hull production. The new crane will be taken into use in May 2018. The order also includes a modernization of the Turku shipyard’s current 600 ton crane, service and maintenance parts. “The first major step of our big investment program for Turku yard is becoming concrete.

Six months to the day ahead of the naming ceremony, Mein Schiff 5 was launched today at the Meyer Turku Oy shipyard. Following a construction period of 14 months, Ferdinand Strohmeier, Vice-President Operations TUI Cruises, was on hand for the so-called “floating” celebrations. Together with Dr. Jan Meyer, head of the shipyard, and other members of the Mein Schiff 5 project team, he opened the bulkheads to flood the dry dock. The water flowed despite the bitter cold of -12 degrees Celsius. In the next few hours, the dock will fill with up to 300 million liters of seawater.

The start of production of Tallink's new generation LNG powered fast ferry for the Tallinn-Helsinki route was celebrated on the 4th of August 2015 at Meyer Turku shipyard. The new ferry will be approximately 212 metres in length with a gross tonnage of 49 000. The ship will operate on the route between Helsinki and Tallinn and she is designed for carrying 2800 passengers. The service speed is 27 knots. The ship will be delivered from Meyer Turku in the beginning of 2017. The project gives approximately 2000 person-years of employment for the shipyard and the supplier network. 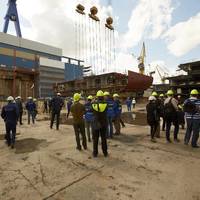 The keel of Mein Schiff 5 was laid on June 23, 2015 at Meyer Turku shipyard’s drydock. Before the keel-laying ceremony, the start of production of the sister ship Mein Schiff 6 took place in the shipyard’s construction hall. The production of the cruise ship Mein Schiff 6 was officially launched when TUI Cruises CEO Wybcke Meyer started the plasma cutting machine in the production hall of Meyer Turku shipyard. Another event was also celebrated at the shipyard on the same day, as the next milestone in the building process of the Mein Schiff 5 took place. 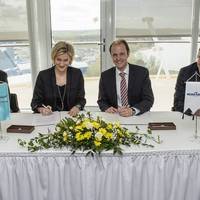 Meyer Turku handed over Mein Schiff 4 to TUI Cruises on Friday May 8, 2015, marking the first delivery from Turku Shipyard under Meyers’ ownership. The Meyer family, operators of the shipbuilding company Meyer Werft in Germany, became the 100 percent owner of Meyer Turku Oy just two days earlier on May 6. Mein Schiff 4 will be named in Kiel on June 5, before sailing on her maiden voyage to the Baltic States on June 6, 2015. The Mein Schiff 4 building project entered production at Meyer Turku two years ago.

AS Tallink Grupp and Meyer Turku Oy signed a contract for the construction of LNG powered fast ferry for Tallinn-Helsinki route shuttle operations. The dual fuel ship will be about 212 metres in length with a passenger capacity of 2800. The fast ferry will cost around 230 million euros and will be built at Meyer Turku shipyard for delivery in the beginning of 2017. The project will provide approximately 2000 man-years employment for the shipyard. The new environmentally friendly… 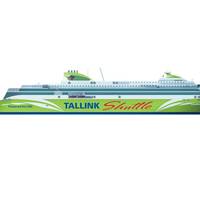 The trend toward the procurement of high-spec, environmentally friendly vessels continues with news that AS Tallink Grupp and Meyer Turku Oy signed a Letter of Intent (LOI) for the construction of an environmentally friendly car-passenger ferry for Tallinn-Helsinki route shuttle operations. The ship will cost around $286 million and will be built at Turku shipyard for delivery in the beginning of 2017. The new ferry will be about 212 m long with a gross tonnage of 49 000. The ship will operate on the route between Helsinki and Tallinn and she is planned to carry 2800 passengers. 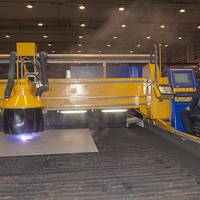 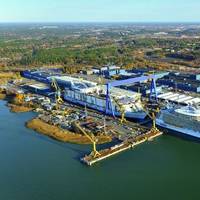 The Meyer Turku Oy yard in Turku, Finland, celebrated a historical day on October 10, 2014. Meyer Turku Oy, which officially changed ownership only three weeks earlier with the takeover by Papenburg, Germany cruise ship building power Meyer Werft, floated out the cruise ship Mein Schiff 4. Jan Meyer, the CEO of Meyer Turku Oy, and Wybcke Meier, the new CEO of TUI Cruises opened the valves to flood the dry dock. In May 2013, about 17 months ago, Turku shipyard celebrated the keel-laying of Mein Schiff 3 and start of production of Mein Schiff 4.