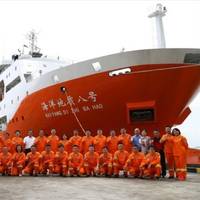 A Chinese ship embroiled in a standoff with Vietnamese vessels last year has returned to waters near Vietnam as the United States accused China of pushing its presence in the South China Sea while other claimants are pre-occupied with the coronavirus.Vietnamese vessels last year spent months shadowing the Chinese Haiyang Dizhi 8 survey vessel in resource-rich waters that are a potential global flashpoint as the United States challenges China's sweeping maritime claims.On Tuesday…

Climate Fund Managers (CFM), the manager of the Climate Investor One facility (CI1), have announced that construction has begun of its 48MW near-shore wind farm in Tra Vinh province Vietnam.CI1’s Construction Equity Fund has committed USD 71 million to the project company, “Tra Vinh Wind Power Company”, which is jointly funded by Korean energy firm ST International. Vestas, the pioneering global supplier of wind turbines will act as EPC for the project.The collaboration makes use of ST International’s extensive knowledge of the Asian energy market…

Russia on Monday handed back three naval ships it captured last year to Ukraine, something Kiev wanted to happen before a four-way peace summit on eastern Ukraine next month in Paris.The handover, confirmed by the two countries' foreign ministries, occurred in the Black Sea off the coast of Crimea, which Russia annexed from Ukraine in 2014.Russia seized the ships in the same area in November last year after opening fire on them and wounding several sailors. Moscow said the ships - two small Ukrainian armoured artillery vessels and a tug boat - had illegally entered its territorial waters. Kiev denied that.Russia returned the sailors…

The Port of Rotterdam Authority has again put its preparatory measures for a No-Deal Brexit on hold following recommendations from the Ministry of Foreign Affairs.The largest port in Europe, located in the city of Rotterdam, Netherlands, said in a press note attributed the reason to the agreement reached yesterday by member states of the European Union and the United Kingdom on a Brexit extension until 31 January 2020."In concrete terms, this means that, effective from today, the buffer parking locations for trucks will again be dismantled.

Singapore and Panama have signed a Memorandum of Understanding (MoU) to strengthen their maritime relations.Dr Lam Pin Min, Senior Minister of State for Transport and Senior Minister of State for Health of the Republic of Singapore led the first high-level delegation from Singapore to Panama under the new government of Panama.Dr Lam met with several ministers of the government of Panama, as well as leaders of the business community. He was accompanied by Mrs Mary Seet-Cheng, Non-Resident Ambassador of Singapore to Panama…

A Vietnamese fishermen's group has called on the government to take stronger measures for the removal of a Chinese oil survey vessel that Vietnam accuses of violating its sovereignty in the South China Sea.Vietnamese and Chinese ships have been in a weeks-old standoff near an offshore oil block, the latest confrontation in waters that are a potential global flashpoint as the United States challenges China's sweeping maritime claims.The busy waterway will be high on the agenda this week as countries of the Association of Southeast Asian Nations (ASEAN) meet in Bangkok with foreign ministers from China, the United States and other powers.Vietnam…

Iran and Iraq have agreed to solve the issue of dredging of Arvand River (Shatt al-Arab) in Iranian southwestern city of Khorramshahr in Khouzestan.Based on the agreement reached, it was decided to establish a temporary technical committee with the aim of providing the preconditions for joint dredging of Arvand River, said Fars News Agency."It is expected that more technical meetings with Iran and Iraq experts will be held for dredging operations at Arvand river in the upcoming ten days…

The extent of the continental shelf beyond 200 nautical miles outside Bouvet Island has now been clarified with the Continental Shelf Commission (CSC) in New York.The Commission’s recommendation is in line with Norway’s proposal submitted to the Commission in 2009 and revised in 2015.According to a press note from Norwegian Petroleum Directorate (NPD), the Ministry of Foreign Affairs led the work on the shelf proposal.NPD, which is the State’s authority charged with geotechnical mapping of the continental shelf…

Caribbean States and Territories have re-affirmed their commitment to implementing International Maritime Organization (IMO) standards for safe, secure and sustainable shipping.According to the UN body, this is part of wider efforts to intensify investments and harness the full potential of the oceans, rivers and lakes to accelerate economic growth, create jobs and fight poverty.Ministers responsible for maritime transport and other participants representing the Governments in the region met at a High Level Symposium (27 February) in Montego Bay… 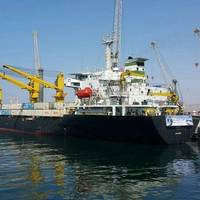 The first export cargo from Afghanistan to India will be shipped through Iran's Chabahar port within the Next Month using the international customs transit system (TIR system).A government press release from Iran quoted  Husne Mubarak Azizi, head of foreign affairs and Ministry of Transport of Afghanistan saying that  that Afghanistan is preparing to ship the first cargo of five containers through Chabahar to India, which will take place within a month or less.The cargo is mung beans and each container will weigh about 22 tons. 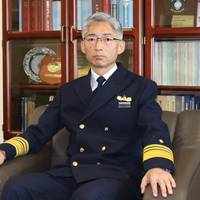 As the Japan Coast Guard celebrates its 70th anniversary, Maritime Reporter & Engineering News offers insights on the current status and future direction of the JCG courtesy of an interview with Shuichi Iwanami, Commandant, Japan Coast Guard.*Note: At the time this interview was conducted, Shuichi Iwanami was still Vice Commandant for Operations.Could you please tell us the history and future development of the Japan Coast Guard (JCG)?The JCG, in 2018 celebrates the 70th anniversary of its foundation. When it was founded, the Japanese waters were in an eclipse period. 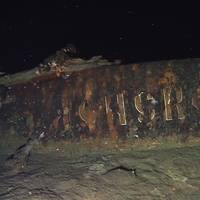 A South Korean company’s claims that it has discovered the wreck of a Russian warship containing $130 billion in gold “treasure” off South Korea has been met with scepticism from researchers and regulators in Seoul.Shinil Group, which was established last month, said on Tuesday it had discovered the wreck of the Dmitrii Donskoi, a Russian armored cruiser built in the 1880s and sunk in 1905 after battling Japanese warships.The company said the ship held 150 trillion won ($130 billion) in gold and it would provide evidence next week to support its claim.

Japan on Tuesday said it had detected what appeared to be a Chinese-flagged vessel, 350 km (218 miles) off Shanghai, conducting illegal transfers to a North Korean ship. "Following a comprehensive assessment, the government of Japan strongly suspects that they conducted ship-to-ship transfers banned by UNSCR," Japan's Ministry of Foreign Affairs said in a press release, referring to U.N. Security Council resolutions. A Japanese P-3 maritime patrol plane detected the vessels, which lay alongside each other connected by hoses, on May 19, with one of the ships flying what seemed like a Chinese flag, it said. China has repeatedly said it is fully enforcing U.N. sanctions against North Korea and it would punish any Chinese company breaking them.

Cyprus on Sunday accused the Turkish military of obstructing a ship contracted by Italian oil company Eni from approaching an area to explore for natural gas, highlighting tensions over offshore resources in the east Mediterranean. A spokesman for Eni said on Sunday the Saipem 12000 drill ship had been heading from a location southwest of Cyprus towards an area southeast of the island on Friday when it was stopped by Turkish military ships and told not to continue because of military activities in the destination area. Turkey, which does not have diplomatic relations with Cyprus, claims that certain areas in Cyprus's offshore maritime zone, known as an EEZ, fall into the jurisdiction of Turkey or that of Turkish Cypriots. 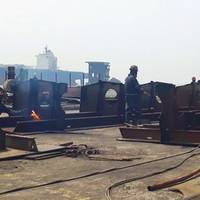 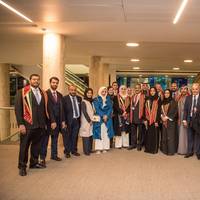 The United Arab Emirates (UAE) has now become the first Arab country to win Category B membership into the International Maritime Organization (IMO) Council. The win was the triumphant result of an election that included nominees from 11 leading countries in the international marine trade sector such as Germany, Sweden, Netherlands, Brazil, Argentina, France and Australia. declaration was made during the 30th General Assembly meeting, amid international praise for the UAE's competitive…

Quadrilateral Coalition on the Indo-Pacific

With an eye on China’s activities in the region, India said that the first meeting of its officials with those from the US, Australia and Japan — described as the “quadrilateral” — agreed that a “free, open, prosperous and inclusive Indo-Pacific region serves the long-term interests of all countries in the region and of the world at large”. "Officials from India’s Ministry of External Affairs, Australia’s Department of Foreign Affairs, Japan’s Ministry of Foreign Affairs and United State’s Department of State met in Manila on November 12…

The Ministry of Foreign Affairs of Japan (MOFA Japan) and the Maritime and Port Authority of Singapore (MPA), in cooperation with the ReCAAP Information Sharing Centre (ReCAAP ISC), jointly launched the inaugural Capacity Building Executive Programme on combating piracy and armed robbery against ships in Asia in Singapore. The Capacity Building Executive Programme—targeted at senior-level personnel with 10 to 15 years of experience and above in maritime enforcement—will see ReCAAP Contracting Parties from ASEAN (Cambodia… 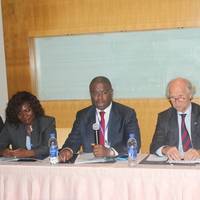 The Director General of the Nigerian Maritime Administration and Safety Agency (NIMASA) Dr. Dakuku Peterside has stressed the need for concerted and collaborative efforts of all stakeholders toward the conservation and sustainable use of ocean resources for the protection of the environment and indeed the entire ecosystem. The Director General who made this appeal while speaking at a 2-day Regional Conference on Marine Safety and Fisheries Protection organized by the United Nations…

International Maritime Organization (IMO)’s collaboration with the Norwegian Agency for Development Cooperation (Norad) to deliver technical cooperation activities was in the spotlight in Oslo this week (May 30-31). In addition to the annual IMO-Norad projects review meeting, IMO presented the Organization and its technical cooperation programme to senior officials from Norwegian ministries and NGOs (Norwegian Ministry of Foreign Affairs, Ministry of Trade, Industry and Fisheries…

The Singapore Maritime Gallery (SMG) which underwent a refresh, was officially opened today by Senior Minister of State, Prime Minister's Office, Ministry of Foreign Affairs & Ministry of Transport, Mrs Josephine Teo. Visitors can now look forward to more interactive and experiential learning in a vibrant maritime setting. From a ship simulator to “Ship Spotting”, visitors can immerse themselves in virtual reality as they experience a 360 degrees view of the various ship models and their components.