PGNiG Upstream Norway, a subsidiary of Polish Oil and Gas Company (PGNiG), has obtained a final administrative consent to purchase additional 10% interests in the PL636 and PL636B licences in the North Sea.Following the transaction, PGNiG Upstream Norway’s (PUN) interests in both licences increased to 30%. As a result, the volume of Duva field gas production attributable to the Company will rise to 0.2 bcm per year.“Acquisition of fields on the Norwegian Continental Shelf is one of the investment priorities of the PGNiG Group. 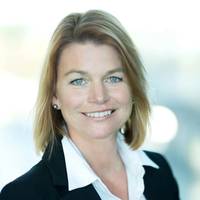 The Norwegian Petroleum Directorate (NPD) has announced the appointment of Ingrid Solvberg as Director for the Norwegian Sea and Barents Sea, replacing Bente Nyland.According to a note from NPD, Sølvberg was appointed by the King in Council on 11 October. The Ministry of Petroleum and Energy has not yet set the date for the transition.The director general position in the NPD is posted as a fixed term engagement of six years, with the option of an additional six-year period. Bente…

According to notices given by international organizations to Iran by January 1st, all Iranian vessels must use low-sulfur fuel, otherwise they may face many consequences.Jalil Eslami, the Deputy Director of Maritime Affairs of Ports & Maritime Organization (PMO). warned: "As a sovereign body, we are obliged to declare the necessities of using low sulfur fuel and international issues, and in this regard all the necessary actions have been taken. Therefore, within the time-frame notified to all Iranian vessels…

Norwegian Petroleum Directorate (NPD) informed that candidates can now register for “Course for the industry" (Kurs for næringen) which will be held on 14 November in our offices in Stavanger. The registration deadline is 8 November.The course provides an introduction to the Norwegian Petroleum Directorate’s roles and tasks, and how our work affects your working day in the oil and gas industry.This is a popular course that has received good feedback from the participants in the three previous courses, it said.Torhild S.

The Norwegian Petroleum Directorate (NPD) announced that it has just completed a successful data acquisition expedition on the Mohns Ridge in the north-western Norwegian Sea, using the Seabed Constructor vessel.According to the Norwegian government agency responsible for the regulation of the petroleum resources on the Norwegian continental shelf, during the four-week expedition, the NPD has made several discoveries of previously unknown sulphide deposits, and collected data covering large areas.

NPD in New Search for Minerals

For the next month, Jan Stenløkk will trade his office in Stavanger for the vessel "M/V Seabed Constructor" in the Norwegian Sea.On this voyage, the geologist will continue the task of mapping seabed minerals for the Norwegian Petroleum Directorate on behalf of the Ministry of Petroleum and Energy – which is responsible for managing the minerals."The voyage will go to the volcanic Mohns Ridge between Jan Mayen and Bjørnøya, a sea area that is still virtually unexplored. It’s exciting that the NPD has been given the task of exploring the geology and the deposits…

French engineering services provider Doris Engineering has been awarded an advisor contract by the Senegalese ministry of petroleum and energies for the development of oil & gas projects offshore Senegal.This two-year mission consists in reviewing the optimization and the robustness of the field development performed on these projects to be in line with the Ministry expectations. It focuses on two projects: Grand Tortue Ahmeyim, operated by BP, and the SNE project, operated by Woodside.Grand Tortue Ahmeyim is located at the border between Senegal and Mauritania and lies in ultradeep-water. 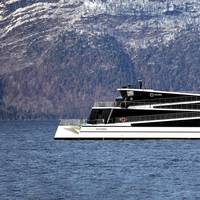 As the marine industry ponders decarbonization, the world’s first all-electric and completely emissions-free ship, Future of the Fjords delivers. Future of the Fjords was commissioned as part of the shipowner’s program of fleet renewal with  the backing of Fjord1, the largest ferry operator in Norway, and of Flåm AS, the company that  promotes tourism in the Flåm area, to provide vessels that deliver optimal passenger experiences with minimal environmental impact.Constructed by specialist shipbuilder Brødrene Aa… 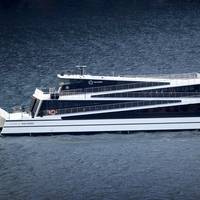 Breaking new ground: the all-electric, zero-emissions Future of The FjordsNorwegian cruise vessel offers amazing tourist experience while protecting fragile UNESCO World Heritage environmentFuture of the Fjords, the world’s first all-electric and completely emissions-free ship, launched in April this year by Norwegian tours operator The Fjords, is now operating as a cruise vessel on the spectacular Gudvangen to Flåm route along the Nærøyfjord, Sognefjord and Aurlandsfjord of western Norway.

Egyptian Ministry of Petroleum entered in a partnership with the Ministry of Public Business Sector to establish a petrochemical plant in Suez governorate at a total cost exceeds $4 billion, Zawya reported quoting Petroleum Minister Tarek el-Molla. The Ministry of Petroleum will build the complex in partnership with Ministry of Public Business Sector, el-Molla added. The Egyptian Petrochemicals Holding Company (ECHEM) as well as refineries affiliated to the petroleum sector will also cooperate to implement the project, the Egyptian minister said. 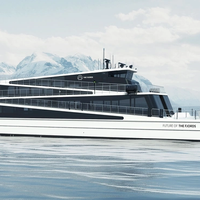 The Fjords DA has confirmed that is building a sister ship to the diesel-electric plug-in hybrid Vision of the Fjords, launched in 2016. However, unlike its predecessor, this 42m long carbon fibre vessel will be all electric and completely emission free. The Future of the Fjords is slated for launch in April 2018. Currently under construction at specialist shipbuilder Brødrene Aa, the new vessel retains Vision of the Fjords’ eye-catching ‘mountain path’ design and environmentally friendly build, with a hull that minimizes wake and reduces shoreline impact erosion. 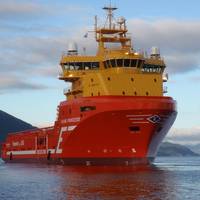 Wärtsilä informs it has signed an agreement with Norway’s Eidesvik Offshore to install a hybrid system with batteries on board of its offshore supply vessel (OSV) Viking Princess. Batteries will reduce the number of generators on board Viking Princess, and the new energy storage solution will improve engine efficiency, generating fuel savings and reducing greenhouse gas emissions, Wärtsilä said. The five-year-old Viking Princess, which provides supplies to oil rigs in the North Sea and Barents Sea, runs on four LNG-powered Wärtsilä engines.

The Norwegian Ministry of Petroleum and Energy has announced the results of the APA (Award in Pre-Defined Areas) licensing round, which granted four licences to MOL Norge on the Norwegian Continental Shelf. MOL Group’s Norwegian subsidiary, MOL Norge participated in the second APA licensing round since MOL Group entered Norway in 2015. The awarded licences are located in MOL Norge core areas. “MOL Group unveiled a 2030 long-term strategy that targets that Exploration and Production should be a self funding and value generating business even in a low oil price environment.

India to Import LNG from Australia

India may contract long-term supplies of liquefied natural gas (LNG) from Australia if price is comparable to Indian coal which remains the fuel of choice for power generation companies in New Delhi. Power Minister Piyush Goyal, who is currently on a visit to Australia for energy dialogue, conveyed India’s willingness to buy Australian LNG during a roundtable in Brisbane. Goyal stated that additionally, opportunities to control the entire value chain right from gas production…

The media in Tehran said on Saturday that Japan plans to extend a contract to purchase crude oil from Iran. Shana news agency – affiliated to Iran’s Ministry of Petroleum – has reported that Japan’s contract will be extended until April 2017. It added that the volume of oil that the country will purchase from Iran will also increase from the current level of 110,000 barrels per day. No figure was nevertheless provided on how much this will increase. Japan is one of Iran's biggest oil buyers but its crude imports have nearly halved from 2011 levels before sanctions.

Spectrum ASA entered into a Multi-client master co-operation agreement with the federal government of Somalia during a signing ceremony on September 5th at the SYL Hotel, Mogadishu. The agreement allows Spectrum to acquire approximately 28,000 km of long offset 2D seismic data offshore south Somalia. The new acquisition has been specifically designed to complement 20,000 km of existing seismic that was acquired in 2014. Spectrum has also been granted the marketing rights for this data.

The Italian energy major Eni SpA discovered a “super giant” natural gas field offshore Egypt in what the Italian oil company said is the largest find in the Mediterranean Sea. The Zohr gas field covers any area of 100 square kilometers and Eni said that "it could become one of the world’s largest natural-gas finds” and supply Egypt's needs for decades. Eni, owned by the Italian government, said that the field contains an estimated 30 trillion cubic feet (TCF) of natural gas. This compares with up to 22 TCF in Israel's Leviathan field.

India’s largest importer of the chilled gas Petronet LNG has appointed Kapil Dev Tripathi, Secretary, Ministry of Petroleum and Natural gas as Chairman and Director on the Board of the company. The appointment follows the former Chairman and Director of the company Board, Saurabh Chandra’s resignation on May 6. Further the Company has informed that, Eric Ebelin has been appointed as Alternate Director to Philip Olivier. In a filing to the Bombay Stock Exchange the company informed…

Exxon Mobil Corporation announced today that its subsidiary, Esso Exploration Angola (Block 15) Limited (Esso Angola), has started oil production ahead of schedule at the Kizomba Satellites Phase 2 project offshore Angola. Kizomba Satellites Phase 2 is a Block 15 subsea infrastructure development of the Kakocha, Bavuca and Mondo South fields. Mondo South is the first field to begin production, and the other two satellite fields are expected to start up in the coming months. The project develops approximately 190 million barrels of oil with peak production currently estimated at 70… 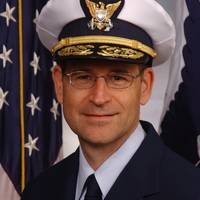 Bureau of Safety and Environmental Enforcement (BSEE) Director Brian Salerno will be traveling to Houston for the 2015 Offshore Technology Center May4-7 at NRG Park. The annual conference is an international gathering showcasing leading‐edge technology for offshore drilling, exploration, production, and environmental protection. Director Salerno will be discussing the bureau’s advancements in reducing risk offshore. 1:00 p.m. 7:30 a.m. 2:00 p.m. What: OTC Luncheon with the Center…

The first load of Liquefied Natural Gas (LNG) traded by Qatari supplier, Qatargas, is planned to reach the Port Qasim LNG terminal on March 26, says a report in Reuters. Qatargas is providing the LNG to Pakistan at $8 to $9 per Million British Thermal Units (MMBTU), according to sources. According to official sources at the Ministry of Petroleum and Natural Resources, the first cargo of LNG will arrive in Karachi on March 26. However, the Port Qasim Authority (PQA) has also raised operational, technical and regulatory constraints over LNG imports.