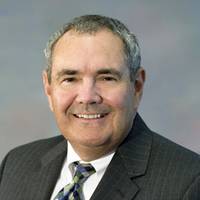 Waterways Council, Inc. (WCI) reacted to the Trump Administration’s release of an outline of its top-line FY20 budget numbers yesterday. Today, the Corps of Engineers released its account and project-specific funding levels. For the U.S. Army Corps of Engineers’ Civil Works program, the FY20 budget proposes $4.827 billion, a 31% cut from the FY19 appropriated amount of $7.0 billion. Inland Waterways Trust Fund (IWTF) proposed funding in FY20 is $55.5 million, with a total of $111 million requested for the Lower Mon Project (Monongahela River, Pittsburgh), funding it to completion. 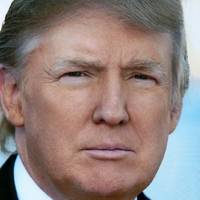 Waterways Council, Inc. (WCI) reacted to the Trump Administration’s release of an outline of its top-line FY20 budget numbers yesterday. Today, the Corps of Engineers released its account and project-specific funding levels.For the U.S. Army Corps of Engineers’ Civil Works program, the FY20 budget proposes $4.827 billion, a 31% cut from the FY19 appropriated amount of $7.0 billion.Inland Waterways Trust Fund (IWTF) proposed funding in FY20 is $55.5 million, with a total of $111 million requested for the Lower Mon Project (Monongahela River, Pittsburgh), funding it to completion. 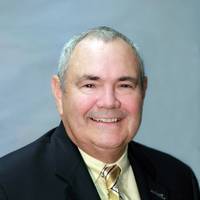 The Inland Waterways View.At the start of any new year, we are often asked what our challenges will be or what we are going to do differently in the year ahead. However, in 2019, just like each year since Waterways Council, Inc. (WCI) was founded in 2003, we intend to stay the course to advocate for full and efficient funding for the U.S. Army Corps of Engineers to continue its Civil Works mission to construct and maintain navigation projects on the inland waterways.The Corps’… 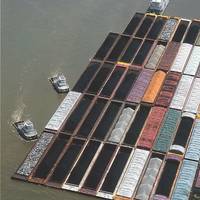 The start of a new year often brings change, but in the nation’s capital, 2017 means a new President and Administration, and a new Congress. Waterways Council, Inc.’s objective remains the same as it has since our start in 2005: to advocate for a modern, efficient and reliable inland waterways transportation system. For WCI, achieving this means working from our “three-legged advocacy stool” approach to educating these new Washingtonians through direct lobbying, stakeholder support and outreach, and media relations. 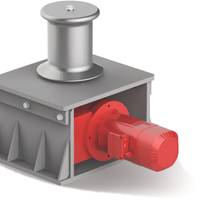 The Patterson Company provides a full product line for an array of industries – from winches to ratchet turnbuckles to tensors and beyond. Every day, Patterson seeks out new ways to improve its products through innovative teamwork with customers and partners throughout every market sector they touch. Patterson’s winches, turnbuckles, and tensors are designed and manufactured with an eye toward innovation. This year, the company that brought the inland towboat industry the patented YoYo Winch… 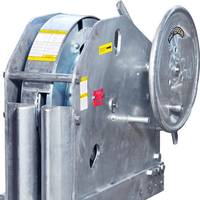 President & CEO: David B. The Patterson Manufacturing Company began operations in 1858 on the banks of the Monongahela River in Pittsburgh. In the 1950s, they began designing and manufacturing towboat and barge winches, something which the firm is now best known for. In the beginning, Patterson made just a few sizes of winches, but now offers winches with capacities from 20 tons to 90 tons and in three operating formats: manual, electrical, and hydraulic. Over the years, Patterson has improved the winch by listening to the needs of the end user. 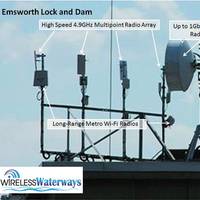 The Port of Pittsburgh’s state-of-the-art wireless network will eventually allow a myriad of users to collaborate, improve operations, maritime safety, security and a host of other tasks. Really: the cloud is the limit. This story weaves technology, leadership and innovation – all of it happening on the waterfront. The inland waterfront. If this sounds like something more closely associated with bluewater container shipping logistics, then you can be forgiven for getting lost in the moment. 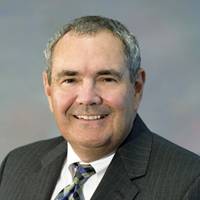 The Port of Pittsburgh Commission Executive Director, James R. McCarville, praised the announcement from Senators Specter and Casey that additional funding was included for the locks and dams in the Port of Pittsburgh District. These funds included $25m for rehabilitation of the Emsworth Dam; $21.4m for maintenance on the Ohio River; $16.8m for maintenance on the Mon; and $9m for maintenance on the Allegheny River and $1.75 for the important study of the navigation needs of the Upper Ohio River at Emsworth, Dashields and Montgomery, all in southwestern Pennsylvania. Not as sufficient, however, was the $6.2m for the rehabilitation of Locks and Dams 2-3-4 on the Lower Monongahela river, near Pittsburgh.

On April 20, Janet Napolitano, Secretary of Homeland Security revealed that four bridge alteration projects will receive funding from the American Recovery and Reinvestment Act (ARRA) that President Obama signed into law on February 19. Additionally, Secretary Napolitano announced that some ARRA funding would go toward building the edifices for various Coast Guard sectors, and for other functions around the country. ARRA allotted $240m to the Coast Guard. Secretary Napolitano indicated that $142m of that total will fund bridge alteration projects on the Mobile Bridge in Hurricane, Al.; the EJ&E Bridge in Devine, Ill.; the Burlington Bridge in Burlington, Ia.; and, the Galveston Causeway Bridge in Galveston, Texas.

Stimulus Funding for Port of Pittsburgh

“Fantastic”, was the response that James R. McCarville, Executive Director of the Port of Pittsburgh Commission, had to the announcement that the US Army Corps of Engineers planned to spend over $110m in Stimulus funding for navigation in southwestern Pa. Specifically, the $84m scheduled for Charleroi Lock in the Lower Mon 2-3-4 project, rescues a billion dollar project that otherwise might have had to go on to life support/shutdown. Those funds will be used to complete the construction of the river wall, and construct a new Upper Guard Wall and a new Lower Guard Wall to safely guide vessels in and out of the chamber. Thirteen million will be added to the $25.8m in the FY09 budget for repairs to the Emsworth Dam and $285…

Jim McCarville, Executive Director, Port of Pittsburgh shares with readers of MarineLink.com his insights on key market drivers for the coming year. If you could change or improve one policy in the federal government that affects your business's bottom line, what would it be? JM: The federal government, unfortunately, looks at transportation projects as stovepipes, failing to grasp that a decision to make or not make waterway improvements will impact other modes of transportation.

Palmer to Retire from WCI 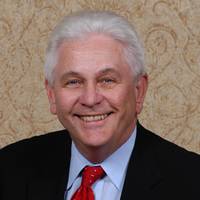 Waterways Council, Inc. (WCI) Chairman Dan Mecklenborg announced that an executive search has begun to identify a successor for R. Barry Palmer, WCI President/CEO, who has announced his intention to retire at the end of this year. WCI’s Executive Committee has retained JDG Associates, Ltd., , to conduct the national search for a successor for Mr. Palmer. A search committee to evaluate both internal and external candidates, led by Chairman Mecklenborg, has been organized and is composed of WCI Executive Committee members Rick Calhoun…

For the first time in the history of the inland navigation system, a dam floated. The Braddock Dam Segment One floated into place and set down on Dec. 7, mating underwater with 47 drilled shafts that make up the dam segment's foundation. Vertical and horizontal alignment of the segment came within one inch of the design. Segment One, the larger of two segments, is a reinforced concrete marine structure 330 ft. long and weighing 16,600 tons. On Dec. 5 towboats moved it from the project outfitting pier a mile-and-a-half upstream, then it was sunk in place. Underbase grouting filled the gap between the river bottom and underside of the dam segment.

Released on February 7, President Bush's FY 2006 proposed budget requests the highest funding for the U.S. Army Corps of Engineers Civil Works program in many years. It demonstrates the Bush Administration's increasing understanding of the myriad benefits of the nation's inland waterways system and the need to nurture, not neglect, this critically important transportation system. The budget request underscores the President's goal to keep the Nation economically strong and competitive. This budget request of $4.513 billion proposes FY '06 spending of $184 million from the dedicated Inland Waterways Trust Fund (IWTF) for the modernization of priority, Congressionally-approved locks and dams on the inland system.

According to the Tribune Review, an aging barge fleet coupled with high scrap steel pricing and demand from the biodiesel and ethanol industries has launched a barge-building boom, the likes of which hasn't been seen since the 1970s, industry experts say. Brownsville Marine Products, LLC, of Fayette County, hopes to cash in on the construction boom, and is building barges as it can, carrying on a tradition of barge building on that stretch of the Monongahela River that began with the old Hillman Barge Co. in 1938. Nationally, a fleet of more than 27,000 barges moves over 800 million tons a year of raw materials and finished goods over the 25,000-mile inland waterway system, adding about $5 billion annually to the U.S. economy, according to the trade group.

FY 2008 $4.8b Budget Request is Highest Level of Funding for USACE

Although it represents a decrease from the FY 2007 spending level President Bush’s FY 2008 proposed budget nonetheless requests the highest level of funding ever included in any President’s budget for U.S. Army Corps of Engineers water resources projects and programs, a total of $4.871b. Last year’s (FY 07) budget request was $4.733 billion. This budget request also proposes FY ’08 spending of $418 million for Inland Waterways Trust Fund financed projects, of which one-half will come from the dedicated Inland Waterways Trust Fund. The remainder would come from general treasury funds, as required under current law. The FY 2008 Civil Works Budget notes that…

According to the Uniontown Herald Standard, 19 barges that had been tied off along the banks of the Monongahela River broke free on April 4. The barges, owned by Consol Energy, wedged themselves against both sides of the bank about half a mile upstream from the Intercounty and the Lane Bane Bridge and stuck there until tugboats pulled them loose and crews were able to tie them off along the riverbank. The barges were kept at docks owned by Brownsville Marine Products. Emergency personnel were notified that the barges had broken free and were drifting down the river toward the bridges at 4:57 p.m. Crews spent almost two hours getting the situation under control. The barges were tied off by 6:30 p.m., the crowds that gathered along the riverbank disbanding shortly thereafter.