Ferry Safety and Technology Conference set for February in Bangkok 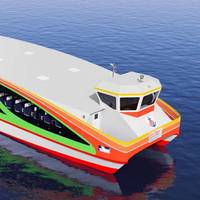 The 5th Annual Ferry Safety and Technology conference will be held in Bangkok Thailand on February 20‐22, 2019. The conference is designed to showcase the best practical technologies to improve safety particularly‐ but not solely, for the developing world.The conference is co‐hosted by the Worldwide Ferry Safety Association (WFSA) and the famed Chao Phraya River Boat Co. The conference features good news on multiple fronts: new high‐quality ferry systems; new development of inland waterways making them safe for ferries in India and Bangladesh (in a presentation by the World Bank)…

Cosco Shipping Ports (CSP), one of the world’s largest container terminal operators, said despite the the US-China trade war, as it posted a 70.1 percent jump in adjusted profit for the first six months ended 30 June 2018."2018 is a year full of challenges. Sino-US trade frictions, the rise of trade protectionism, geopolitical uncertainties and the upward trend of interest rates have the potential to place serious pressure on the development of global trade. Despite all these uncertainties…

​A new regional centre, which will provide leadership in promoting ship energy-efficiency technologies and operations, and the reduction of harmful emissions from ships, has been launched at Shanghai Maritime University, China (15 May). The centre will cater to the needs of the Asia region under the Global Maritime Technology Cooperation Centre (MTCC) Network (GMN) – a project funded by the European Union (EU) and run by International Maritime Organization (IMO). The GMN initiative…

NYK Line (China) Co., Ltd. has donated 30 bunk beds and some sports supplies to NYK Wangping Middle School, which is located in the rural area of Luoyang in Henan province. On October 21, Yuji Isoda, a corporate officer at NYK and the company’s chief representative for China, visited the school with officers from the Luoyang municipal government and education bureau to attend a ceremony in recognition of the event. The school and the government expressed their sincere gratitude to the NYK Group for its 14 consecutive years of support.

London's Baltic Exchange and Chinese state-owned Ningbo Shipping Exchange said on Friday they would collaborate on container indices, the first foray by the Baltic into this segment of the freight market. Sources told Reuters in early October that the London Metal Exchange, which is owned by Hong Kong Exchanges and Clearing , had made an informal approach to the Baltic to acquire it. In a first step, Ningbo's weekly containerised freight index - which tracks rates on various routes - would be published on the Baltic's website, the exchanges said. A Baltic spokesman said it would work with Ningbo to do "more in the container space". Baltic chief executive Jeremy Penn said separately the move underlined its "ever-closer ties with the Chinese market".

Rescue crews have found 114 bodies, with 95 people still missing, 85 of whom are firefighters, after two huge explosions  China’s Port of Tianjin where dangerous chemicals and goods are stored late Wednesday night, Xinhua news agency reports. Chinese authorities are still trying to ascertain what exactly caused a potent mix of chemicals to ignite. Authorities had earlier said that the warehouse contained calcium carbide, potassium nitrate and ammonium nitrate. The local media say that hundreds of tonnes of highly poisonous cyanide were being stored at the warehouse. 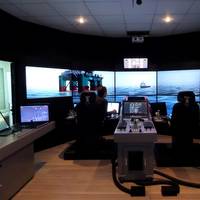 New simulator wing features DNV certified VSTEP Dynamic Positioning and Full Mission Bridge Simulators and type approved ECDIS classroom. The simulation center of the Technical University of Varna officially opened its new simulation wing on May 21, 2015, following the opening of its simulation center in 2012. All the simulators in the TU Varna training center are delivered and installed by VSTEP. The new wing features a NAUTIS Class B DP Simulator as well as a NAUTIS class A Full Mission Bridge Simulator and a new ECDIS Simulator classroom.

Mitsubishi Heavy Industries, Ltd. (MHI) and Mitsubishi Hitachi Power Systems, Ltd. (MHPS) have decided on a policy to transfer operations currently performed at MHI's Yokohama Dockyard & Machinery Works' Kanazawa Plant and MHPS's Yokohama Works (Kanazawa Area) to other business bases in Japan and overseas. The company's aim is to pursue consolidation and optimization of its production bases for each product category as a way of further strengthening its global competitiveness in terms of technology, costs and efficiency.

Both sides of the Taiwan Strait carried out joint marine search and rescue on August 7. It is the third large-scale cross-strait joint search-and-rescue drill since the direct shipping links between the two sides of the Strait was officially launched in 2008. The drill was jointly-held by China Maritime Search and Rescue Center (CMSRC), Chinese Rescue Association, Fuzhou Municipal government, Matsu Lienchiang county government and the relevant search and rescue departments from both sides of the Strait. The theme of the drill is “launch joint maritime emergency response and build peace Strait”. This drill focused on mass evacuation after marine incident, which included 8 sectors such as organizing and presenting rescue force and so on.

Wärtsilä and China State Shipbuilding Corporation (CSSC) have signed an agreement to establish a joint venture, which will take over Wärtsilä’s 2-stroke engine business. Through the agreement, CSSC will own 70% of the business through its affiliate CSSC Investment and Development Co. Ltd, while Wärtsilä will hold a 30% ownership position. The parties will co-operate in 2-stroke engine technology, marketing, sales, and service activities. The parties have agreed to transfer CSSC’s…

Technology, Economy the Focus of New Marine Academy in China 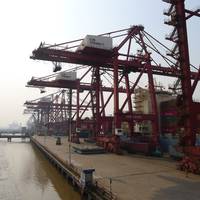 The Ningbo Nottingham International Academy for Marine Economy and Technology (IAMET) has been officially launched at a ceremony at The University of Nottingham Ningbo China (UNNC). A partnership between The University of Nottingham, Wanli Education Group and Ningbo Municipal Government, the Academy will build on Ningbo’s marine-related activities and support the city’s 12-year plan, a focus of which is the marine economy. The marine economy is one of China’s key strategic development areas.

No signs identify a barren field in northeastern Brazil that was meant to be the center of one of China's most ambitious agricultural forays into South America. In 2011, Chongqing Grain Group Corp announced plans to build a soy crushing plant, railways and a giant inland storage and transportation hub to export goods back to China. The total price tag: $2 billion. Yet today, the company has only managed to bulldoze a 100-hectare area on which the crushing plant might one day stand. Even that project is on hold, though, and shrubs are starting to grow back on the cleared terrain. The stalled plans are an example of the difficulties facing once-promising Chinese investments here. 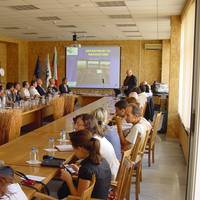 The Technical University of Varna, Bulgaria officially opened its new state of the art simulation training center during a high profile opening ceremony at the university premises on October 3rd, 2012. The opening of the simulation center consolidates TU Varna’s position as a leading maritime university on the Black Sea. The center incorporates multiple VSTEP NAUTIS and RescueSim simulators and will be used for both maritime and incident management education and training. The opening ceremony was attended by representatives of the Technical University… 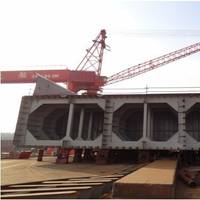 China’s Yangzijiang Shipbuilding is shifting its operations in Jiangyin to a new site in Jingjiang of Jiangsu Province Jiangyin municipal government will pay RMB720m (USD$113.39-million) to Yangzijiang Shipbuilding as compensation for the relocation according to an agreement signed by the two sides earlier.   Yangzijiang said it would reduce some capacity in the new site and stop production at its current yard by September 30 and finish the relocation by March 31, 2013. 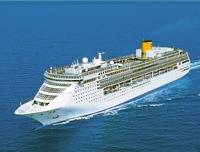 Shanghai Wusongkou International Cruise Terminal will be the home port for Costa Victoria, which will provide 33 itineraries a year, making Costa Cruises the biggest international operator at the terminal. With the explicit support and encouragement from the Chinese government Costa Cruises has been running cruises from Shanghai since 2006. At the end of this year it’s estimated that Costa will have operated more than 300 cruises and holidayed over 300,000 people from China. The growth of the market means that the Asia Pacific region is one of the most important for Costa Cruises… 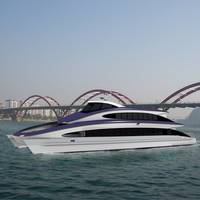 Damen Shipyards and Afai Southern Shipyard contracted to build 35 m ferry for Liuzhou Yinliu Hotel Management. Liuzhou Yinliu Hotel Management Co. Ltd. (China) has ordered a Damen Ferry 3508 with Afai Southern Shipyard (China). The DFe 3508 is a 35m Aluminium Luxury Sightseeing Ferry and is designated for the municipal government of Guangxi Liuzhou. As Liuzhou is the main business port of the Guangxi Zhuang region, the city will use the ferry for receiving both government and industry representatives for official meetings and sightseeing tours along the Liujiang River.

Zhou Shouwei, Vice General Manager of CNOOC (China National Offshore Oil Corporation) and Academician of the Chinese Academy of Engineering accepted DNV’s invitation to be the chairman of the DNV Greater China Offshore Committee. The DNV Offshore Committee is the first of its kind to be organized by a classification society in China. “The objective of establishing this committee is to create a forum where senior executives from the Chinese offshore industry can meet to exchange information on new technology, innovation, experiences and practices related to offshore engineering,” said DNV Vice President and Regional Manager Joerg Beiler.

Reports indicate that China's maritime industry has been on a rapid growth path, according to sources from the 2005 China International Maritime Exhibition in Shanghai Friday. The combined tonnage of China's shipbuilding has ranked third in the world in a succession of 11 years. By the end of 2005, Shanghai will realize a total of 4 million tons in shipbuilding. As of 2004, China had built 34,000 berths and 1,430 ports in the mainland, eight of which have bounded into the world's 100-million-ton ports. During the four-day exhibition, about 1,000 companies from 28 countries and regions showed their latest and most sophisticated technology and service. For the first time, Spain sent a group to the exhibition and the German group registered the largest one overseas.