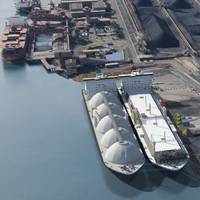 Australian Industrial Energy (AIE) said it has reached a preliminary agreement with EnergyAustralia to provide 15PJs of natural gas per annum, from its Port Kembla gas terminal (PKGT).PKGT is one of five proposed LNG import terminals that could help meet a looming gas shortage in southeastern Australia, even as the country is set to become the world’s top LNG exporter.Commencing 1 January 2021, the five-year contract will supply gas for EnergyAustralia’s residential and industrial… 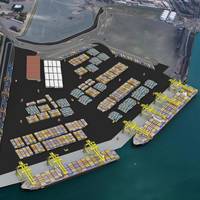 The new CEO of the Port of Newcastle, Craig Carmody, committed the Port of Newcastle to developing a world-class container terminal to boost jobs and business opportunities in the Hunter region and dramatically reduce the number of trucks on Sydney's roads through expanded use of Newcastle's rail connectivity."The potential for a container terminal in Newcastle to diversify and grow the NSW economy is far bigger than the NSW government seems to realise. We are already exploring…

The Australian Government today tabled its response to the Senate Foreign Affairs, Defence and Trade References Committee report, Inquiry into firefighting foam contamination Part A - RAAF Base Williamtown. As part of its response, the Australian Government has announced the continuation of the existing financial assistance package to fishers and businesses affected by the NSW Government's precautionary closures of the Tilligerry Creek and Fullerton Cove fisheries beyond 30 June 2016 and will also introduce a new Business Transition Payment. 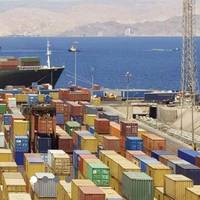 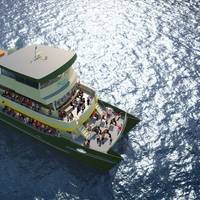 Six new ferries to operate on Sydney’s Inner Harbor have been ordered from Australian shipbuilder Incat Tasmania’s Hobart Shipyard, who was awarded the contract to prepare detailed designs and build the new vessels. The new vessel exterior is a traditional design to look similar to the Sydney First Fleet vessels, however the 35-meter, 400-passenger boats have greater capacity than the current fleet. According to the builder, the interior will be more spacious with comfortable inside seating…

From 1 October, a new regulatory amendment will come into effect which requires cruise ships calling to use low sulphur fuel (01% of less) while berthed in Sydney Harbor. A second stage of the amended regulation, which will require the use of low sulphur fuel (0.1% or less) while in Sydney Harbour (including while berthed) will come into effect from 1 July 2016. Exceptions from the requirement to use low sulphur fuel are provided in some circumstances, for example, ship safety and emergency situations or technical problems.

The Australian Renewable Energy Agency today celebrated a major milestone with the installation of the first solar panels at AGL’s large-scale solar plant in Nyngan, NSW. ARENA’s CEO Ivor Frischknecht joined federal and state officials, key stakeholders, community representatives and local workers at the 250 hectare construction site to congratulate project developers, AGL and First Solar, on this significant achievement. “The advanced thin-film PV modules being installed today are the first of around 1.35 million panels that will harvest sunlight for the 102 MW solar plant… 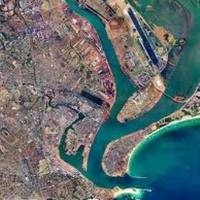 Australia's NSW government will go ahead with the long-term lease of the Port of Newcastle, the world’s biggest coal export location by annual capacity for a reported figure of around $700m, reports the Australian Journal of Mining. A long-term lease of the port would include over 700 hectares of land owned by the Newcastle Port Corporation, as well as all road and rail infrastructure wharves owned by NPC within the port boundary. Newcastle will be the third major NSW port privatised in recent times; Port Botany and Port Kembla were both privatised at the beginning of 2013. 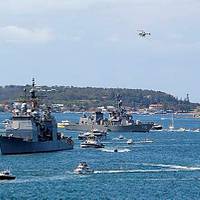 Australian Minister for Defense Senator David Johnston announced the entry of the Royal Australian Navy Fleet into Sydney Harbor for the International Fleet Review. Senator Johnston said the International Fleet Review was planned in partnership with the NSW Government and the City of Sydney and will draw around 40 warships, 16 tall ships, more than 60 aircraft, 10 military bands and 8,000 sailors from 17 nations around the world. The nations participating include Australia, Brunei…

International Fleet Review to Welcome Navies of the World

The Royal Australian Navy (RAN) is calling on Sydney’s diverse cultural communities to welcome the thousands of international sailors expected in Sydney in early October for the International Fleet Review. The International Fleet Review will be held in Sydney from 3 to 11 October 2013 to commemorate the centenary of the first entry of the new Royal Australian Navy's Fleet into Sydney Harbour on 4 October 1913. It is expected that over 40 warships and 17 tall ships, representing 20 nations, will be berthed alongside Garden Island, Barangaroo, Darling Harbour and HMAS Waterhen near Waverton for the nine day event. It will be the largest contingent of international ships in the harbour since the 1988 bicentennial celebrations. 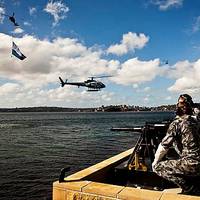 The Royal Australian Navy has tested its new Three Pound Saluting Gun Battery at the Garden Island Naval Base, in readiness for October’s International Fleet Review, which commemorates the arrival of Navy’s first fleet in Sydney Harbor in 1913. Commander Australian Fleet, Rear Admiral Tim Barrett, said the guns would next be fired for the official 21-gun salute during the welcome of the Fleet by the Governor-General, Her Excellency the Hon Ms Quentin Bryce. “Preparations for the… Marine Rescue Port Hacking’s new $270,000 offshore rescue vessel commissioned at the unit’s new home base at the Hungry Point Reserve, Cronulla. Emergency Services Minister Michael Gallacher and Federal Member for Cook Scott Morrison joinrf  the MRNSW Board, Commissioner Stacey Tannos and volunteers from the Port Hacking unit for the commissioning ceremony for Port Hacking 30. Commissioner Tannos said the 8.5 metre Kevlacat was able to travel up to 15 nautical miles offshore, making it a valuable addition to marine search and rescue resources in Greater Sydney.

A shipload of potentially explosive chemicals sitting off Newcastle, New South Wales, was given the all-clear by a federal agency, the NSW government says, according to a report in 'The Sydney Morning Herald' newspaper. Chemicals manufacturer Orica loaded about 3000 tonnes of ammonium nitrate onto the cargo ship MCP Kopenhagen for storage while the company carries out maintenance at its Kooragang Island plant. An AMSA (Australian Maritime Safety Authority) spokesman said eight operational deficiencies identified on the ship were fixed before the vessel sailed from port. None of the deficiencies related to the carriage of dangerous cargo, and none was serious enough for AMSA to detain the vessel, the spokesman said.