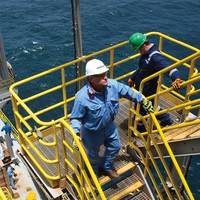 American upstream oil company founded and based in Dallas Kosmos Energy made an offshore oil discovery in Equatorial Guinea, Reuters reported quoting the Ministry of Mines and Hydrocarbons.The S-5 well was drilled at a total depth of 4,400 meters and encountered 39 meters of net oil play in the Santonian reservoir, in the offshore Rio Muni Basin, it said. “The discovery is a strong validation of our strategy to replace oil reserves by exploring the highly prospective oil basins like Rio Muni…

Norwegian oil firm Okea is looking at four options to develop its North Sea North Sea Grevling oil discovery, which in turn could impact on the company's valuation in a deal with Thai investor Bangchak Corporation PCL (BCP), it said on Tuesday.BCP has agreed to invest 939 million Norwegian crowns ($112.25 million) in Okea to partly finance the company's 4.5 billion crowns acquisition of Royal Dutch Shell's stakes in the Draugen and Gjoea fields.Okea, which plans to list on the Oslo stock market in the next 12 months, said the deal between BCP and Okea's majority owner, private equity firm Seacrest Capital, values the Norwegian oil firm at 860 million Norwegian crowns.The valuation could fall, however, to 778 million crowns, or rise to 940 million, depending on whether or not the company is 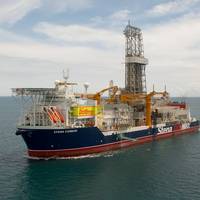 ExxonMobil and the Hess Corporation announced an eighth oil discovery offshore Guyana at the Longtail-1 well, creating the potential for additional resource development in the southeast area of the Stabroek Block. The companies said approximately 78 meters of high-quality, oil-bearing sandstone reservoir was encountered. The well was drilled to 5,504 meters depth in 1,940 meters of water by the Stena Carron drillship on May 25, 2018. The Longtail-1 well is located approximately 5 miles west of the Turbot-1 well and follows previous discoveries on the Stabroek Block at Liza… 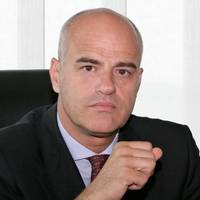 Italian oil major Eni has no plans to pull out of its joint venture with Russia's Rosneft despite escalating sanctions against Russia, the head of Eni said on Wednesday."We certainly have not pulled out, we're working with them," CEO Claudio Descalzi said on the sidelines of a conference.Eni, one of Europe's biggest importers of Russian gas, extended a cooperation agreement with Rosneft last year to explore the Russian Barents Sea and the Black Sea, and to consider further opportunities together.But after the United States imposed major new sanctions against Russia earlier this month, speculat 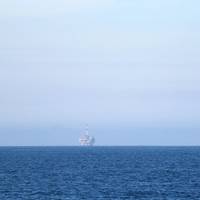 The Trump administration's plan to broadly expand drilling in U.S. offshore waters is moving slowly due to opposition from coastal states and indifference from oil companies that have turned their focus to other opportunities. The administration hopes encouraging U.S. energy development outside of shale oilfields will further its goal of "energy dominance." But existing Obama administration lease rules remain in place through 2022 unless the new rules gain approval. The Department of the Interior this year proposed opening vast new acreage in the U.S. outer continental shelf to drilling.

Oil major Royal Dutch Shell said its U.S. unit had made one of its biggest oil discoveries in the past decade in the Whale deepwater well in the U.S. Gulf of Mexico. The Whale is operated by Shell and co-owned by U.S. oil giant Chevron Corp. "Evaluation of the discovery was ongoing, and appraisal drilling is underway to further delineate the discovery and define development options," Shell Offshore Inc said in a statement without giving figures. Shell has three Gulf of Mexico deepwater projects under construction -- Appomattox, Kaikias and Coulomb Phase 2. It has added more than one billion barrels of oil equivalent (boe) resources in the last decade in the Gulf of Mexico.

French oil and energy group Total said on Wednesday that it had made a significant oil discovery at the Ballymore prospect in the deep offshore in the U.S. Gulf of Mexico, its largest discovery in the area. "This major discovery gives us access to large oil resources and follow on potential in the emerging Norphlet play," Arnaud Breuillac, Total's president for exploration and production, said in a statement. "While already deemed commercially viable, we will work together on the appraisal of this discovery and a cost-effective scheme to ensure a rapid, low breakeven development," he added. An assessment of the resource estimate was ongoing, the company said, adding that the discovery will bolster Total's new exploration strategy put in place since 2015. 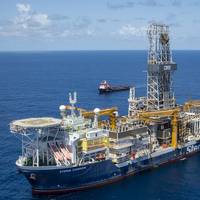 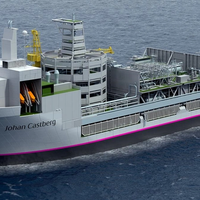 Aker Solutions won a contract from Sembcorp Marine to design the living quarters for the Johan Castberg development's floating production, storage and offloading vessel (FPSO). The work scope includes detailed design engineering of the living quarters and technical specifications for the equipment and supplies required for Sembcorp to construct the accommodation unit for the Statoil-operated development. Johan Castberg is the largest oil discovery in the Norwegian Barents Sea.

Faroe Islands Looks to Restart Hunt for Oil and Gas

Oil companies are interested in restarting the hunt for oil and gas in the scarcely explored seas off the Faroe Islands neighbouring the more mature UK North Sea, the head of the Faroese Geological Survey said. No economically viable discoveries have been made on the Faroese shelf but the tiny nation hopes to entice energy firms to restart exploration as it shows them new geological data in London on Wednesday. "Oil firms have in many ways shown interest. We are having meetings, they buy data from us, visit us on the Faroe Islands ... So there is an interest and they are looking at the possibilities," survey director Niels Christian Nolsoe said.

Statoil completes acquisition and takes over operatorship of Brazilian offshore licence BM-S-8     Statoil and Petrobras have completed their previously announced transaction, whereby Statoil has acquired Petrobras’ 66 percent operated interest of the BM-S-8 offshore license in Brazil’s Santos basin.   BM-S-8 contains a substantial part of the Carcará pre-salt oil discovery.   On the completion of the transaction, Statoil has paid Petrobras $1.25 billion, half of the total consideration. The remainder will be paid at the passage of certain future milestones, mainly relating to the future unitization of Carcará.

Cnooc Ltd., China’s biggest offshore oil and gas explorer, posted a 56 percent decline in profit for the first half of this year. Net income dropped to 14.73 billion yuan ($2.3 billion), or 0.33 yuan a share, from 33.59 billion yuan, or 0.75 yuan, a year earlier, the Beijing-based explorer said in a statement to the Hong Kong stock exchange Wednesday. That exceeded the 13.9-billion yuan average of three analyst estimates compiled by Bloomberg. Despite profit fall, the company kept its dividend payout the same as the year-earlier level.

Shell Moves Ahead in Arctic with Exploratory Well

Shell Oil's icebreaker MSV Fennica weaved through nine remaining protesters hanging from the St. Johns Bridge and made its way toward the Pacific Ocean. Authorities have removed protesters dangling from a bridge and in kayaks in Oregon, allowing an icebreaker to get through and head toward the Arctic, The Associated Press reported. Demonstrators had been trying to stop the Fennica from leaving Portland, Oregon, and heading for an oil drilling operation, the AP reported. The ship had tried to leave earlier Thursday, but was forced to turn around by the protesters dangling from the bridge.

Statoil delivered Adjusted earnings of NOK 22.4 billion and adjusted earnings after tax of NOK 7.2 billion in the second quarter. Statoil reported Net income in accordance with IFRS of NOK 10.1 billion, including gains from divestments. "In the second quarter, Statoil delivered encouraging operational performance with good production growth and high regularity, whilst continuing to reduce cost. Our financial results were characterised by gains from divestments and lower prices.

Guyana's new government on Monday attacked a decree by Venezuelan President Nicolas Maduro which it said seeks to annex Guyanese maritime space in the wake of an oil discovery. The dispute between the South American neighbors goes back to the early 19th Century and has resurged after an offshore oil discovery by ExxonMobil Corp last month. The decree creates a theoretical new "defense" zone offshore that would, in Venezuela's eyes, leave the former British colony with no direct access to the Atlantic. "Guyana rejects this illegality which seeks to undermine our development through the exploitation of our natural resources offshore," added the statement.

Unlike almost all its neighbors, Guyana isn’t an oil producer yet. But the energy giant Exxon Mobil recently announced it had discovered “significant” oil off the coast. The discovery could put Guyana on oil and gas Map and the country could become a player in the oil marketplace. However, it will take months to ascertain the size and commercial potential of this discovery. And there could be issues, as the waters also claimed by Venezuela as part of a long-running border dispute between the South American countries. 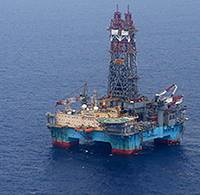 Statoil has made an oil discovery in its Miocene Yeti prospect located in the Gulf of Mexico (GoM), the company announced today. “The Yeti discovery expands the proven sub-salt Miocene play further south and west of the Big Foot field,” said Jez Averty, Statoil’s senior vice president, exploration for North America. The Yeti discovery was made in Walker Ridge (WR) block 160, which is located approximately 15 kilometers south of the Big Foot field, and 11 kilometers from the Cascade field. All of the blocks making up Yeti were accessed by the current owners in recent years. 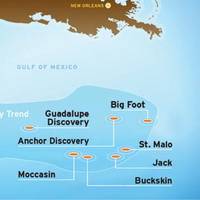 Chevron Corporation announced an oil discovery at the Anchor prospect in the deepwater U.S. Gulf of Mexico. Anchor is Chevron’s second discovery in the deepwater Gulf in less than a year. “The Anchor discovery, along with the previously announced Guadalupe discovery, are significant finds for us in the deepwater Gulf of Mexico. We had one of our best years with the drill bit in 2014, reporting more than 30 discoveries worldwide and adding an estimated one billion barrels of new resources to our holdings,” said Jay Johnson, senior vice president, Upstream, Chevron Corporation. 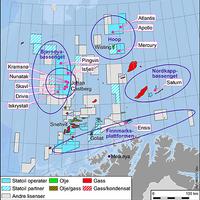 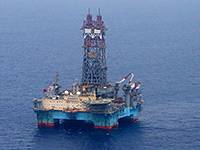 Statoil has completed the Martin well in US Gulf of Mexico and the Dilolo well in the Kwanza basin in Angola. Statoil announces a small discovery in its Martin prospect located in the Gulf of Mexico (GoM). Statoil does not consider this to be a commercial discovery. The well has been drilled efficiently and plug and abandonment operations (P&A) are now ongoing. Once P&A operations are completed the Maersk Developer rig will move to the impact Perseus prospect in De Soto Canyon (DC) 231. 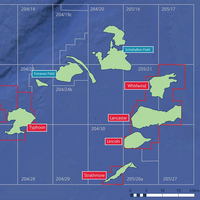 Hurricane Energy plc, the UK-based oil and gas company, announced having substantially completed post-well data analysis following the successful testing of the 1km horizontal appraisal well 205/21a-6 in Q2 2014 at the Company's Lancaster oil discovery West of Shetland. The well was optimally located to benefit from a highly connected fault/fracture network and an underlying 300m oil column (Hurricane's - 2C estimate of field ODT). The results from third party analysis combine to demonstrate a very good quality reservoir which could deliver single well rates of 20…

Norwegian oil firm Statoil has made a small gas discovery in the Arctic, near its Johan Castberg oil discovery, the Norwegian Petroleum Directorate said on Friday. The find contains between 1 and 2 billion standard cubic metres of recoverable gas, it said. Statoil's partners are Eni of Italy and Norwegian state-owned firm Petoro. Reporting by Gwladys Fouche 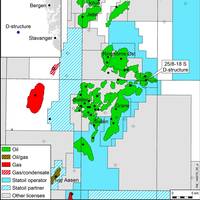 Statoil has together with PL169 partners proved new oil resources in the D-structure in the vicinity of the Grane field in the North Sea. Well 25/8-18 S, drilled by the rig Transocean Leader, proved an oil column of 25 m in the Heimdal Formation. The estimated volume of the discovery is in the range of 30-80 million barrels of recoverable oil. "We are pleased with having proved new oil resources in the Grane area," said May-Liss Hauknes, Statoil vice president for exploration in the North Sea. "Near-field exploration is an important part of Statoil’s exploration portfolio on the NCS.