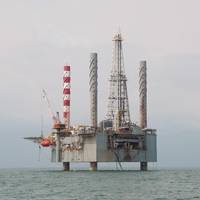 A big drag on Singapore's growth in recent years, the embattled offshore and marine industry, has broken a three-year losing streak. Yet industry executives aren't betting on a return to the glory days anytime soon.The industry, along with a top-class finance sector, has been a key pillar of Singapore's economic transformation into a first world economy since independence from British colonial rule in 1965 and a source of national pride. But a 2014 collapse in oil prices has resulted in thousands jobs lost… 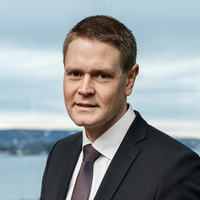 Oil companies should be prepared to pay higher rates for renting offshore service vessels, in order to secure the long-term survival of a key part of the industry's supply chain, the Norwegian Shipowners' Association said on Thursday. Energy firms sharply curtailed investments in the wake of the 2014 oil price crash, idling many service vessels and driving down market rates to unsustainable levels, Chief Executive Harald Solberg of the Norwegian lobby group said. At the peak last year…

Singapore yard Keppel Corporation is considering a sale of jack-up rigs to Norwegian offshore drilling contractor Borr Drilling, reports The Business Times. The world’s biggest builder of oil rigs is seeking to offload six jack-up rigs for up to US$960 million to the Oslo-listed drilling firm headed by Tor Olav Trøim, said the report. BT also reported that Keppel Capital has already hooked up with structured finance provider Clifford Capital to potentially extend a sale-and-lease-back arrangement for at least one jack-up contracted by Grupo R. 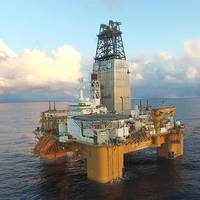 Demand for offshore rig rental globally is starting to recover from its worst ever downturn, led by oil firms' growing demand for harsh-environment exploration and triggering multi-billion dollar tie-ups among drillers hoping to profit, executives said. While the 2014-2016 oil price crash caused firms to cut exploration budgets, ending a boom in rig demand and bankrupting many owners, energy companies are now seeking to replenish their hydrocarbon reserves. The nascent demand for harsh-environment rigs…

Venezuela's state-run oil company, PDVSA, sent a tanker in October to the Caribbean with the expectation that its cargo of crude would fetch about $20 million - money the crisis-stricken nation desperately needs. Instead, the owner of the tanker, the Russian state-owned shipping conglomerate Sovcomflot, held the oil in hopes of collecting partial payment on $30 million that it says PDVSA owes for unpaid shipping fees. Despite a longstanding alliance between Venezuela and Russia, Sovcomflot sued PDVSA in St. Maarten, a Dutch island on the northeast end of the Caribbean. "The ship owners ... imposed garnishment on the aforementioned oil cargo," reads a March decision by the St. Maarten court.

The two-year oil price crash has hurt a Canadian government program that funds research on oil spill cleanups, resulting in fewer applicants than expected, a senior federal official said. As a result, the government will expand the scope of its Oil Spill Response Science Program and open a second call for applications this month, Marc Wickham, Natural Resources Canada's director of energy science and technology programs, said in an interview late last week. The program funds research that improves cleanup methods for marine oil spills. Those eligible include production, pipeline and shipping companies in the energy sector. Wickham spoke with Reuters after it obtained details of the program's amendment through an access-to-information request.

How Can the Marine Industry Counteract Its Aging Workforce? 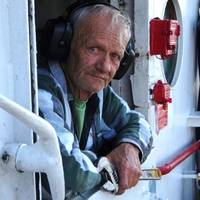 It’s been widely reported over recent years that the maritime industry is facing a workforce crisis. A lack of newly trained candidates to fill the gaps caused by retirement of an aging workforce, now compounded even further by the oil price crash, means marine companies are beginning to feel the pressure of staff shortages. The U.K. Department for Transport (DFT) predicts a shortfall of around 3,500 deck and engineering officers by 2021 in the U.K. alone, and the BIMCO / ICS Manpower Report predicts the global shortfall of 147,500 officers by 2025.

Unrest cuts Nigerian output to lowest in decades; U.S., China output also down sharply. Oil prices jumped over 2 percent on Monday to their highest since November 2015 on growing Nigerian oil output disruptions and after long-time bear Goldman Sachs said the market had ended almost two years of oversupply and flipped to a deficit. Brent crude futures were trading at $48.83 per barrel at 1118 GMT, up $1 or 2.05 percent. U.S. crude futures were up 98 cents, or 2.08 percent, at $47.19 a barrel. Supply disruptions around the world of as much as 3.75 million barrels per day (bpd) have wiped out a glut that pulled down oil prices by as much as 70 percent between 2014 and early 2016.

Advanced Drillships a Burden for Owners as Business Slows

Not so long ago, advanced drillships costing more than half a billion dollars each and capable of operating in ever-deeper waters practically guaranteed big profits for oil-rig operators. Now, with oil prices down by half since June, many have become a burden on their owners as drilling activity slows. Drillship operators face a more brutal hit to margins than they did after the oil-price crash of 2008 because of the huge cost of maintaining the more than $10 billion worth of state-of-the-art vessels that have been idled at sea, analysts say. Noble Corp Plc, Ensco Plc and Transocean Ltd are among companies that have invested in advanced rigs which, unlike older jack-up rigs that attach to the ocean floor, rely on dynamic positioning systems using thrusters to keep them in position.

Combined tanker capacity of at least 2.25 mcm LNG lies unused. Over a dozen liquefied natural gas (LNG) tankers are parked, many idle, in and around Singapore - one of the world's biggest trading hubs for the fuel - in a sign that the slowdown engulfing world gas markets may be worsening into a crisis. With Asian spot LNG prices down by almost two-thirds since February 2014 as slowing demand combines with rising output, shippers are parking their tankers close to ports like Singapore where unused ships can be easily maintained and serviced until new orders come in. Leading ship brokers estimate over one-tenth of the global fleet of 400 LNG tankers is currently unused because of slowing growth in Asia's biggest economies. The impact just in Singapore suggests the problem could be worse. 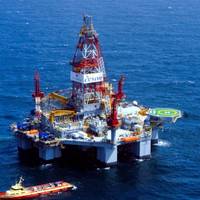 Rig contractor Diamond Offshore Drilling Inc said it expected a significant number of ultra-deepwater rigs to be idled across the industry by year-end as oil producers' capital budget is likely to be lowered by a fifth this year. The company also said it would not pay a special dividend as it had been doing since 2006 to save cash to take advantage of opportunities in a distressed market. "...This action saves the company about $415 million over the next year, potentially equivalent to the cost of an ultra-deepwater asset," Evercore ISI analyst James West wrote in a note.

Tumbling prices and oversupply may be cause for concern in the oil industry, but shipping industry it can represent a window of opportunity. A simple statistical data can put things in perspective for you: Two out of every three barrels of oil that are transported are moved around in ships. The remaining one-third is transported via pipelines. Therefore, the shipping industry plays a crucial role in the integrated oil business. To start with, the cost of shipping could go down thanks to the current slide - this is what a study by Middle East's The National shows. Malaysia's MIDF Equities Research shipping sector is set to benefit from the current low crude oil prices. It doesn't have a direct instant impact on shipping, but the situation augers well for maritime sector.

Excelerate Energy's Texan liquefied natural gas terminal plan has become the first victim of an oil price slump threatening the economics of U.S. LNG export projects. A halving in the oil price since June has upended assumptions by developers that cheap U.S. LNG would muscle into high-value Asian energy markets, which relied on oil prices staying high to make the U.S. supply affordable. The floating 8 million tonne per annum (mtpa) export plant moored at Lavaca Bay, Texas advanced by Houston-based Excelerate has been put on hold, according to regulatory filings obtained by Reuters. The project was initially due to begin exports in 2018. Excelerate's move bodes ill for thirteen other U.S.

Excess oil industry stockpiles are likely to disappear entirely in October or November as winter demand overwhelms supply constrained by OPEC export curbs, analysts said. Inventory statistics, always key to the international oil market, have assumed an even greater significance over the past week as OPEC officials singled out the indicator as the leading factor for judging when to ease supply limits. Now, even the most cautious of analysts expect OPEC's target of shrinking stockpiles to pre-1998 levels to be achieved before the end of the year - at least three months before an agreement on output cuts expires. "With no schedule for another quota review before March 2000…