Azerbaijan Caspian Shipping Company (ASCO) considers environmental protection as one of the key criteria for sustainable development, claimed the company.ASCO constantly pays attention to minimizing the environmentally negative impact of oil sludge, used oils, other liquid and solid emissions resulting from the operation of ships and coastal facilities on water sources, soil and atmosphere. During operations, the ASCO takes necessary preventive measures within its own capabilities.According to the results for 2019… 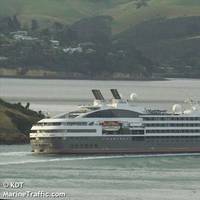 A French cruise company and ship’s Master have been fined $70,000 and $30,000 respectively for endangering human life and entering a prohibited zone following a grounding incident in the remote New Zealand Subantarctic islands.French company Compagnie du Ponant and Captain Regis Daumesnil, a French citizen, were sentenced Tuesday in the Wellington District Court after pleading guilty to charges following the January 2017 grounding of the cruise ship L’Austral on an uncharted rock… 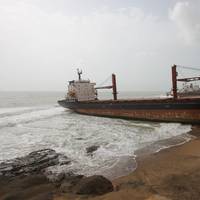 The shipping industry has long been criticised by campaigners for allowing vessels to be broken up on beaches, endangering workers and polluting the sea and sand. Now, it is being called to account from a quarter that may have a bit more clout - its financial backers. Norway's $1 trillion Oil Fund, a leader in ethical investing, in February sold its stake in four firms because they scrap on the beach. Three of the firms excluded by Norway's fund - Taiwan's Evergreen Marine, Precious Shipping and Thoresen Thai Agencies (TTA) of Thailand - say they have been unfairly singled out. 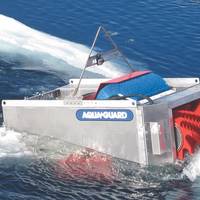 The pace and quality of oil spill research in the United States typically ebbs and flows as a function of two, if not three important variables. First, after the 1989 Exxon Valdez grounding, there was a flurry of activity to ramp up oil spill research because it had been dormant for so long. The need was recognized, with plenty of money made available. Primarily, this research centered on conventional spill remediation techniques – for example, a tanker or barge spilling oil – and not much else. Predictably, when memory of the spill faded, so did interest in research and funding followed.

A fishing vessel company that operated in and around American Samoa was convicted and sentenced for maintaining false and incomplete records relating to the discharge of oil and garbage, announced Acting Assistant Attorney General Jeffrey H. Wood of the Environment and Natural Resources Division and United States Attorney Channing D. Phillips. The company, Yuh Fa Fishery (Vanuatu) Co. Ltd., owned the F/V Yuh Fa No. 201, the vessel that was responsible for the pollution. Yuh Fa Fishery (Vanuatu) Co. Ltd., admitted that its engineers failed to document the illegal dumping of oily bilge water into the waters of the South Pacific Ocean without the use of required pollution prevention equipment. The Chief Engineer onboard the F/V Yuh Fa No.

Two Greek shipping companies were sentenced to pay corporate penalties totaling $2.7 million after being convicted for obstructing justice, violating the Act to Prevent Pollution from Ships (APPS), tampering with witnesses and conspiracy. Each company was ordered to pay part of its penalty to Gray’s Reef National Marine Sanctuary in recognition of the threat posed by illegal discharges of oily waste to the marine environment. The case stems from an inspection of the M/V Ocean Hope, a large cargo ship, conducted by the U.S. Coast Guard at the Port of Wilmington, N.C. in July 2015. During that inspection, senior engineers for the companies tried to hide that the vessel had been dumping oily wastes into the ocean for months.

Cassius Samson, 52, and Rustico Ignacio, 66, both of the Philippines, were sentenced today by U.S. District Judge Malcolm Howard for the Eastern District of North Carolina to serve jail time for obstructing a U.S. Coast Guard inspection that took place in July 2015 aboard the cargo ship Ocean Hope at the Port of Wilmington, North Carolina. Samson was sentenced to a term of 12 months in prison followed by a year of supervised release and Ignacio to a term of nine months followed by a year of supervised release. Ignacio was the chief engineer and Samson the second engineer of the Ocean Hope. In September 2016, both were convicted of conspiracy, violating the Act to Prevent Pollution from Ships, obstruction of justice and witness tampering, by a federal jury in Greenville, North Carolina.

An American tuna fishing company that regularly unloaded its catch in American Samoa, was convicted and sentenced today for discharging oil into the South Pacific and for maintaining false records, announced Assistant Attorney General John C. Cruden of the Department of Justice’s Environment and Natural Resources Division and U.S. Attorney Channing D. Phillips for the District of Columbia. The company, Pacific Breeze Fisheries LLC, owned the Fishing Vessel F/V Pacific Breeze, a tuna purse seiner that was responsible for the pollution. Pacific Breeze Fisheries admitted that its engineers failed to document the illegal dumping of oily bilge water into the waters off American Samoa without the use of required pollution prevention equipment.

Greek shipping companies Oceanic Illsabe Limited and Oceanfleet Shipping Limited, and two of their employees, were convicted of violating the Act to Prevent Pollution from Ships (APPS), obstruction of justice, false statements, witness tampering and conspiracy, according to the US Department of Justice. Oceanic Illsabe Limited is the owner of the M/V Ocean Hope, a large cargo vessel that was responsible for dumping tons of oily waste into the Pacific Ocean last year. Oceanfleet Shipping Limited was the managing operator of the vessel. Both companies operate out of Greece. Also convicted at trial were two senior engineering officers who worked aboard the vessel, Rustico Ignacio and Cassius Samson. The jury convicted on each of the nine counts in the indictment. 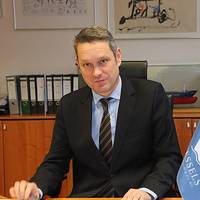 International trade relies on transportation by sea, as about 85 percent of the freight volumes are shipped globally by vessels. But while maritime is widely regarded as the most environmentally benign of any transport system, maritime transport can cause a diverse environmental burden: It includes, beside the potential for damages and leaks, the inflow of waste water and, in particular, the emissions of air pollutants. Furthermore the improper cleaning of oil sludge, as well as the transfer of organisms into foreign ecosystems within ballast water. 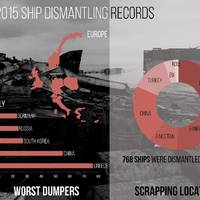 Ignoring industry leaders and human rights and environmental organizations, ship owners continue to profit from dangerous and dirty shipbreaking practices on South Asian beaches in 2015, according to new data released today by the NGO Shipbreaking Platform. Of the 768 large oceangoing vessels sold to the scrap yards last year, 469 were broken on the beaches of India, Pakistan and Bangladesh where shipbreaking yards often do not provide fundamental labor rights, ignore international waste trade law and fail to respect international environmental protection standards.

Jordan-based Arab Ship Management Ltd. pleaded guilty today in federal court in Wilmington, Delaware, to one count of violating the Act to Prevent Pollution from Ships, the Justice Department and the U.S. Coast Guard announced. In accordance with the terms of the plea agreement, Arab Ship Management  Ltd. was sentenced to pay a criminal penalty totaling $500,000 and be placed on probation for two years, during which time ships operated by the company will be banned from calling on ports of the United States.

Shipbreaking Laws to be Tightened by European Union

The European Commission has proposed new rules to ensure that European ships are only recycled in facilities that are safe for workers and environmentally sound. More than 1000 large old commercial ships, such as tankers and container vessels, are recycled for their scrap metal every year, but many European ships end up in substandard facilities on the tidal beaches of South Asia. These facilities mostly lack the environmental protection and safety measures needed to manage the hazardous materials contained in end-of-life ships. These include asbestos, polychlorinated biphenyls (PCBs), tributyl tin and oil sludge. This leads to high accident rates and health risks for workers and extensive environmental pollution.

In response to regulations enacted on March 1, 2010 on the Prevention and Control of Vessel-Induced Marine Environment Pollution, a Hong Kong based firm – OSRO China Ltd - has laid the foundation for a consortium of oil spill response contractors throughout China’s ports that fulfills China’s latest pollution control legislation. OSRO China was founded as a result of the Chinese Government’s recent approval of the Regulations of The People’s Republic of China on the Prevention and Control of Vessel Induced Marine Environment Pollution. Of particular concern to ship owners was the requirement for pollution control agreements to be executed with local Oil Spill Response Organizations for ships carrying hazardous substances or of greater than 10,000 Gross Tonnes (GRT).

Thomas L. Sansonetti, Assistant Attorney General for the Justice Department’s Environment and Natural Resources Division, and Christopher J. Christie, U.S. Attorney for the District of New Jersey, announced that a Connecticut-based shipping company that transports petroleum products in the United States and abroad was sentenced to pay $4.2 million for illegally concealing the dumping of thousands of gallons of waste oil and sludge at sea. U.S. District Judge Katharine S. Hayden ordered OMI Corporation, to pay a $4.2 million fine and serve three years of probation. Judge Hayden also awarded $2.1 million of the fine to a former OMI crew member who reported the crimes to the government.

MARMARAS NAVIGATION LTD, a Greek operator of a fleet of ocean going vessels transporting products around the world, recently plead guilty to a felony violation of the "Act to Prevent Pollution from Ships" for improperly documenting the handling of oily waste aboard the marine vessel ("M/V") Agia Eirini. MARMARAS pleaded guilty to a felony violation for failing to maintain proper records associated with the ship's handling of its waste oil. If approved by the court, the plea agreement requires that MARMARAS pay a criminal fine of $200,000, develop and implement a comprehensive environmental compliance plan for its fleet of twenty-eight (28) ships that call on United States ports, and serve three (3) years on probation.

The U.S. Department of Justice said that OMI Corporation pleaded guilty to preparing false documents in an effort to cover up the illegal dumping of thousands of gallons of waste oil and sludge at sea. OMI also agreed to pay a $4.2 million fine and serve three years probation. A ship captain and chief engineer previously pled guilty in connection with the case. The ship involved in the case, the Motor Tanker Guadalupe, owned and operated by wholly owned subsidiaries of OMI Corporation, made port calls in the U.S., Europe, the Caribbean and Latin America. Ships such as the Guadalupe generate waste oil and sludge in the process of purifying the heavy fuel oil that is used to power the ship. Like other ships, the Guadalupe was equipped with a system for processing this waste oil and sludge.

The U.S. Department of Justice announced that OMI Corporation pleaded guilty to preparing false documents in an effort to cover up the illegal dumping of thousands of gallons of waste oil and sludge at sea. OMI also agreed to pay a $4.2 million fine and serve three years probation. U.S. District Judge Katharine S. Hayden accepted the guilty plea. Sentencing has been scheduled for May 3. A ship captain and chief engineer previously pled guilty in connection with the case. The ship involved in the case, the Motor Tanker Guadalupe, owned and operated by wholly owned subsidiaries of OMI Corporation, made port calls in the U.S., Europe, the Caribbean and Latin America.