Singapore-based offshore shipbuilder Otto Marine is seeking insolvency protection from the High Court in a bid to salvage the company and stave off liquidation. According to a report in the Straits Times, crippled with a debt of US$877 million (S$1.16 billion), the troubled company, which is delisted from the Singapore Exchange (SGX), filed an application last week to be placed under judicial management. The company  has applied for an interim judicial manager to be appointed, pending the hearing of its judicial management application. The hearing has been adjourned to March 12. 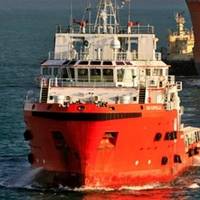 Australian offshore support vessel owner-operator Go Marine Group Pty Ltd has filed for administration after suffering a $50 million financial collapse, The West Australian reported. A notice filed with the Australian Securities and Investment Commission showed that Go Marine and its subsidiary Go Offshore Pty Ltd filed for administration on October 20. The board of Australia's only integrated marine oil and gas logistics provider appointed administrators from KordaMentha last Friday to the company, which is owned by Singapore’s Otto Marine.

Otto Marine Ltd. said three creditors filed three such applications with the Supreme Court of Western Australia to wind up  its subsidiaries in Australia - Go Inshore Pty and Go Marine Group Pty, says a report in Bloomberg. Creditors are claiming A$787,204 (S$814,580) from the offshore marine group. The total sum claimed against the subsidiaries pursuant to the applications is in the approximate quantum of A$787,204, the company said. The management of Go Marine Group is seeking legal advice and plans to dispute the debts. The cases will be heard on Nov.

Singapore-based offshore marine group Otto Marine, which is in the midst of a takeover offer by its chairman, has taken a second legal action against payment default, reports Strait Times. Otto Marine said it has commenced arbitration proceedings against Vettal Mega Services for failing to pay around US$6 million (S$8.05 million) in charter fees for tugboats Swordfish 5 and Go Enif. Just last week, Otto also said it has started arbitration proceedings against Robert Knutzen Shipholdings Ltd (RKSL) for alleged default on charter parties. 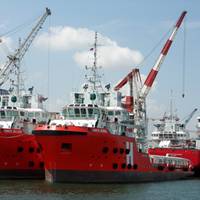 Shares in Singapore-based oilfield services firm Otto Marine Ltd jumped 37 percent on Thursday after the company received an offer from its majority shareholder to take it private. Executive Chairman Yaw Chee Siew, who owns 61 percent of the company, offered S$0.32 per share in cash through a special purpose vehicle, according to a stock exchange filing late on Wednesday. The company, which has a current market capitalization of S$67 million ($50 million), is the latest among a growing number of Singapore companies which are going private as valuations take a beating.

After last week's media reports that an undisclosed party was looking to buy Singapores offshore marine company Otto Marine Limited, the company said that it received a proposal from RHB Securities Singapore Pte Ltd (RHB). RHB is the financial adviser to the potential offer. The name of the potential party who is looking to buy the company is undisclosed. If the acquisition materialises, Otto Marine may be the first in the struggling sector to be privatised. "On Sunday, June 5 2016…

Singapore’s offshore chartering group Otto Marine  has bagged a OSV chartering contract worth up to $68.5m from an international oil and gas E&P firm. The charter, inked by Otto Marine’s wholly-owned Go Offshore, is for a 100-tonnes bollard pull OSV for FPSO infield support in the gas field of 40-year life in Australia. The chartering contract is confirmed for 5 years from May 2017 with the option of an additional 5 year extension. For the confirmed period of 5 years, the contract value is A$47.4 million and with the option, the total contract value is A$94.8 million, Otto Marine said.

Singapore-listed Otto Marine has announced that its offshore shipyard has branched out to secure three new shipbuilding contracts worth $23m in total. New contracts came along with Group's efforts in diversifying and expanding product portfolio in a weak market. An Indonesian firm has ordered a 6,500 LTDW (Long Tons Deadweight) product oil tanker, with cargo oil tank capacity of 8,300 cubic meters. Another Indonesian state-owned enterprise has entered into a contract for two units of 1,200 GT (Gross Tonnage) ferry.

Otto Marine Limited, an offshore marine company specializing in building complex offshore support vessels, ship chartering and offers specialized offshore services, has announced that its wholly-owned subsidiary, Otto Marine Shipyard Pte Ltd, has entered into a Memorandum Of Understanding (MOU) with a port operator to explore the potential development of a fabrication and marine facility. The proposed development is strategically located in close proximity to Singapore and to the South East Asia region oil and gas fields. Otto Shipyard currently operates a 65 hectare shipyard through its sister company PT. Batamec. The Proposed Development will use a fraction of the yard space and is not expected to cause any disruption on PT. Batamec's existing shipyard facilities.

Go Offshore,  wholly-owned subsidiary of Otto Marine has entered into an agreement for two long-term anchor handling tug supply (AHTS) charter contracts worth USD25.2 million with a large oil and gas company. The two contracts are in respect of two 16,000 brake horsepower (bhp) large anchor handling tugs supply vessels. None of the Directors or controlling shareholders of the Company has any direct or indirect interest on the above transaction other than through their respective shareholding interests, direct or indirect in the Company, Go Offshore or Go Marine. 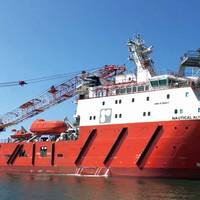 Otto Marine Limited, an offshore marine company, announced that further to a long-term bareboat charter contract that was secured in June 2015, it has taken delivery of a 238-man work maintenance Vessel to fulfill that charter. The delivery ceremony for the vessel, Nautical Aliya, was held at a shipyard in China today. Nautical Aliya is the first unit of the DPS-2 work maintenance vessel series completed. The second unit is currently under construction and will be completed by the end of this year. The vessel measures 85 meters in length and 23 meters in width.

• Marked improvement in performance as losses after tax for 2Q2015 reduced to US$2.5 million from US$13.3 million in 1Q2015. Otto Marine Limited, a leading offshore marine company that specializes in building complex offshore support vessels, ship chartering and offers specialized offshore services, is pleased to announce their financial results for the second quarter 2015. The Group posted US$71.2 million in revenue for 2Q2015. This represented a 51.9% decrease quarter-on-quarter…

Otto Marine Limited, an offshore marine company which specializes in building complex offshore support vessels, ship chartering and offers specialized offshore services, has announced that in the second quarter of financial year 2015 (Q2FY2015) till date, the group has secured new orders worth $131 million, primarily contributed by the chartering business. The substantial increase in new chartering contracts was attributable to the group’s strategy to improve the utilization rate of the fleet, in view of the potential cost that idle vessels will incur. Utilization rate for the group’s chartering business has improved for Q2FY2015 against the last few quarters. 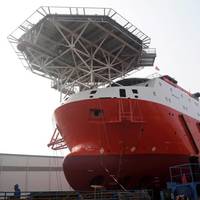 Otto Marine Limited, a builder and charterer of complex offshore support vessels and specialized offshore services provider, announced that its wholly-owned subsidiary, Swordfish 1 Pte Ltd, has entered into a long-term bareboat charter contract worth $27 million. The 238-man work maintenance vessel measures 85 meters in length and 23 meters in width, and has a clear deck area of 635 square meters. It is DPS-2 classified, and is equipped with a deck crane of 80-ton lifting capacity.

Singapore-listed Otto Marine Limited said one of its subsidiaries – GO Marine Investments Pte Ltd –  had fully redeemed preference shares from a Singapore private equity firm for S$12 million in cash. “The above transaction is not expected to have any material financial impact on the consolidated net tangible assets per share or consolidated earnings per share of the Company and the Group for the current financial year ending 31 December 2015,” the company said in a regulatory filing. 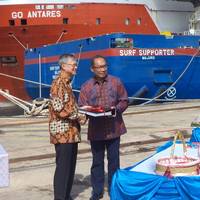 Otto Marine Limited, an offshore marine group which owns and operates a large fleet of offshore support vessels with a worldwide presence, complemented by a technically proven shipyard, announced today that its shipyard, PT Batamec, has completed the construction of two units of harbor tug and two units of anchor handling tug supply (AHTS) for PT Pertamina Trans Kontinental (PTK). A delivery ceremony was held for the four vessels on March 27, 2015 at the Group’s shipyard in Batam, Indonesia. 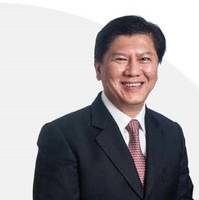 Offshore marine company Otto Marine Limited announced today the appointment of executive director Michael See Kian Heng as new chief executive officer. “I would like to extend my appreciation to the Board of Directors for their recognition and continual support of me," See said. "The volatility and declining oil prices present a challenging market. The former Otto Marine CEO, Garrick James Stanley will take up the role of president of the shipping and chartering segment, which is the largest company segment contributor.

Singapore’s Otto Marine has secured two long term charter contracts for two PSVs to an oil major in Australia, with the value of the contract worth $64m including options. The 36-month charter contracts (including options) involve two 4,000-dwt platform supply vessels, which will be deployed in Australia in March-April. Each of the two contracts secured comprises of a firm charter period and option, adding the total charter tenure of up to 36 months. Total contract value for the firm period and options for the two vessels is approximately $64m.

Otto Marine Limited sold an Anchor Handling Tug Supply Vessel to a renowned unrelated third party for US$100 million. DNV classed and Norwegian-designed, the VS491 21,000 bhp AHTS is a hybrid propulsion diesel electric driven vessel with dynamic positioning 2 (DP2) technology. It measures 91.5m in length and 22.5m wide and has a bollard pull of 240 to 260 tonnes. The Vessel can also operate and handle large rigs in the ultra-deepwater region including the harshest environments of the North Sea region. This AHTS is the 4th and final of the VS491 series the Group has built in this batch.

Otto Marine says it has clinched AUD57-million worth of charter contracts in Australia for two of its large deep water AHTS vessels. Otto Marine Limited, which owns and operates a large fleet of offshore support vessels, with shipyard and other specialized offshore services, says that it has secured time charter contracts with two oil majors for its deep water anchor handlers, GO Sirius and GO Spica. Employed in drilling and pre-lay support, the 16,300 BHP DP2 AHTS vessel GO Spica with a 210 tonnes bollard pull…