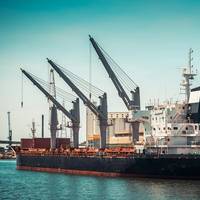 The Baltic Exchange's main sea freight index declined on Friday as lower rates for capesize and supramax segments offset gains in the panamax category.The Baltic index, which tracks rates for capesize, panamax and supramax vessels to ferry dry bulk commodities, dropped 16 points, or 3.7%, to 415.The main index has lost nearly 14.8% this week, its ninth consecutive week of decline.The capesize index fell 47 points to a negative 234, down for the 41st straight session.Average daily earnings for capesizes…

Pilbara Ports Throughput Up 6% During August 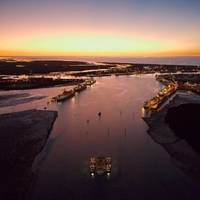 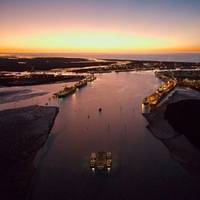 Pilbara Ports Throughput Down by 13%

Australia's Pilbara Ports Authority (PPA) has delivered a total monthly throughput of 50.3 million tonnes (Mt) for the month of March 2019, which was a 13% decrease compared to the same month in 2018.During March 2019, Tropical Cyclone Veronica closed the Port of Port Hedland for 92.5 hours, the Port of Dampier for 132 hours and the Port of Ashburton for 109.5 hours. The total throughput for the 2018/19 financial year to date is 510.3Mt, a decrease of 1% from the same time last year. The Port of Port Hedland achieved a monthly throughput of 36.7Mt, of which 36.3Mt was iron ore exports. 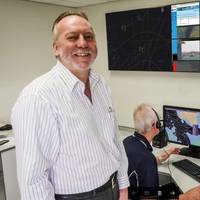 A contract to upgrade the ‘nerve center’ for shipping at the Barrow Island port proves the resources sector is continuing to fuel big opportunities for Australian firms. Australian Maritime Systems Group (AMSG) has been awarded a contract by Chevron Australia to design and install a new Vessel Tracking Service (VTS) system to manage shipping to and from the Chevron-operated Gorgon Project on Barrow Island, 60km off the north-west coast of Western Australia. AMSG Managing Director John Sugarman said the new Vessel Tracking System will utilize state-of-the-art radar and software systems. 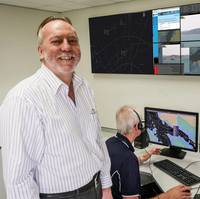 One of Australia’s most important economic gateways will soon house a state-of-the-art shipping management control system to be installed at Port Hedland, the world’s largest bulk export port. The system includes a command and control system integrated with advanced radar, long-range closed circuit TV and voice radio technology to safely manage and guide thousands of ship movements in and out of the tidally constrained port with pinpoint precision. The Vessel Traffic Service (VTS)… 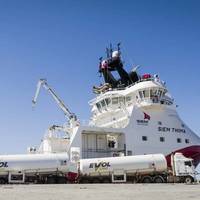 Under an agreement with Woodside, EVOL LNG refueled the platform supply vessel, Siem Thiima, on January 23 at King Bay Supply Base near Dampier. Business Manager, Nick Rea sees it as just the beginning. “Our decision to enter the LNG bunkering market is part of a long-term strategy that recognizes environmental and economic sustainability of LNG as a transport fuel,” said Rea. “It also recognizes that the LNG marine fuel market is still in development so the fact EVOL has over…

Loading of cargoes from Australia's North West Shelf (NWS) liquefied natural gas (LNG) and condensate project has been halted due to adverse weather, traders with direct knowledge of the matter said on Wednesday. It remains unclear when cargo loadings at the port of Dampier will resume, said one person familiar with the matter who is facing loading delays for a cargo of NWS condensate. In an emailed statement, Pilbara Ports Authority - which manages ports in the area - said LNG cargo loadings are likely to have stopped "as at the ports of Ashburton and Dampier, the ports and anchorages continue to remain clear of vessels". The NWS project is operated by Australian firm Woodside Petroleum.

Australia's Port Hedland was officially closed earlier on Friday following warnings from the weather bureau that a tropical cyclone was developing off the northern coast, Pilbara Ports Authority said in a statement. Port Hedland, which handles about a fifth of the world's seaborne iron ore trade, is used by BHP Billiton and Fortescue Metals Group, with the lion's share of shipments headed for Chinese steel mills. Port of Dampier will also officially close at 1000 GMT, Pilbara Ports Authority said on its website. "The ports will reopen when the cyclone has crossed the coast, and once authorities give the all clear," it said. The Australian government's Bureau of Meteorology on Friday said Tropical Cyclone Stan had formed north-northwest of Port Headland in Western Australia.

Pilbara Ports Authority has commenced evacuating the inner and outer anchorages at the Port of Port Hedland, as a tropical low, 315km from Port Hedland, continues to track toward the Pilbara coast in a southerly direction at six knots.   The evacuation of vessels at both anchorages is expected to be complete by midday (AWST).   The Port of Dampier is expected to begin evacuating vessels from the outer anchorage from 6pm tonight (AWST).   The Port of Ashburton remains open, however PPA will continue to monitor weather conditions. 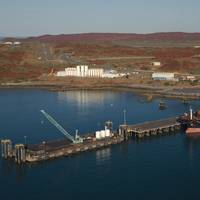 Strainstall designs and delivers a load measurement solution for the world’s largest floating wharf at Port of Dampier. Strainstall, part of James Fisher and Sons plc, was commissioned to design and deliver a load monitoring system for the Dampier Floating Deck - the world’s largest floating wharf at the port of Dampier, Western Australia. The wharf, located in some of the most challenging marine operational conditions, is a new concept in jetty extension and Strainstall’s bespoke…

Egypt received a cargo of liquefied natural gas from Australia after the exporter sent two shipments to the region in the past two years, signaling increasing demand, reports The Daily Star. The Woodside Rogers tanker arrived at Egypt's Ain Sokhna terminal Thursday after loading at Australia's Dampier port on May 12, according to ship-tracking data on Bloomberg. The 159,760-cubic-metre cargo aboard the Woodside Rogers loaded at the port of Dampier, which serves as the loading point for two LNG export plants, Pluto and North West Shelf. Both plants are operated by Woodside Petroleum.

SYDNEY, May 1 (Reuters) - An Australian port used by Chevron for liquefied natural gas exports has been forced to close by a cyclone off the country's west coast. The Port of Ashburton was shut at 0400 GMT, the Pilbara Ports Authority said. But Australia's largest iron ore export terminal, Port Hedland, and the port of Dampier, one of two used by Rio Tinto to ship iron ore, remain open, the authority added. Tropical Cyclone Quang is expected to hit the Australian west coast within a few hours, the Australian Bureau of Meteorology said, bringing winds up to 100 kilometres per hour. The cyclone is expected to weaken as it makes landfall, the weather bureau said. (Reporting by Colin Packham

According to the Australian Bureau of Meteorology's update at 0600 hours local time today (30 April), Severe Tropical Cyclone Quang has just reached category 4 intensity. The cyclone lies about 785km (425NM) northwest of NW Cape. Further intensification is possible. landfall. Nevertheless, gales may persist in southern quadrants, particularly the southeast, as late as Saturday. The Port of Dampier is currently at Cyclone Response Stage 1 – Monitor, with Pilbara Ports Authority monitoring the weather system and assessing its likely path and potential impact on the Port of Dampier. 1) Engines and machinery are fully operational. 2) Vessel stability, trim, and propeller immersion are appropriate. 3) Manning, stores and bunkers are adequate.

The Australian Bureau of Meteorology has issued and update on Tropical Cyclone Nathan, which has formed in the Coral Sea off the East coast of Australia. It appears that Cairns North may be affected, and Cape Flattery is currently closed awaiting the cyclone to pass. However, at this stage, it does not appear the Queensland Coal Ports will be affected though there is the possibility of heavy rainfall once the cyclone dissipates. The Port of Dampier is at Cyclone Response Stage 3 – Clear Port…

Dampier Port Authority has advised that there is a high probability of a tropical cyclone forming by late Wednesday or early Thursday between Indonesia and North West WA. It is possible that this cyclone will affect coastal waters including Dampier by the end of the week. Port of Dampier is currently at Cyclone Response Stage 1 – Monitor. The situation will continue to be monitored andupdates witll be issued as the situation becomes more clear. The Australian Bureau of Meteorology states there is an indicated increased risk of tropical cyclone formation by late Wednesday. 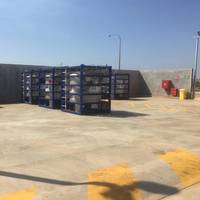 The ports of Port Hedland, Broome and Dampier have advised of precautions being taken in light of a Tropical Low which is expected to develop into a Tropical Cyclone last night. The Tropical Low is positioned just east of Derby and tracking WSW'ly towards the coast. The low is now expected to move over open water and develop into a Tropical Cyclone later tonight, before tracking parallel to the Pilbara coast during Tuesday (20 January). Port Hedland's Harbour Master advises that the port will commence anchorage evacuation this morning and inner harbour evacuations this afternoon following scheduled sailings on the morning high tide. Terminals are to liaise with PPA to identify vessels that will cease cargo and require re-berthing after all clear.