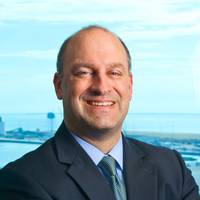 Port of Gulfport (Mississippi) executive director Jonathan Daniels will move east and take the top spot as the Chief Executive & Port Director at Port Everglades, as announed by Broward County Administrator Bertha Henry. Broward’s seaport is a gateway for cargo, cruise and petroleum that is undergoing a $1.6 billion port expansion effort. Daniels comes to Port Everglades from the Port of Gulfport, Mississippi where he has been the executive director since 2013.In addition to his maritime experience in Gulfport… 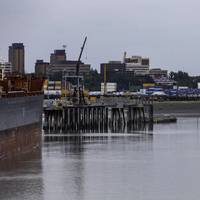 The U.S. Department of Transportation’s (USDOT) Maritime Administration (MARAD) announced that it has awarded more than $280 million in discretionary grant funding through the new Port Infrastructure Development Program. This funding is designed to improve port facilities at or near coastal seaports.The Port Infrastructure Development Program supports efforts by ports and industry stakeholders to improve facility and freight infrastructure to ensure our nation’s freight transportation needs, present and future, are met. 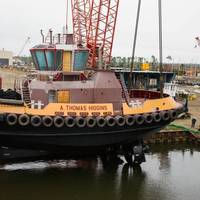 Eastern Shipbuilding Group, Inc. has launched the second of two 80’ 5,100 HP Z-Drive tugs for Bisso Offshore, LLC, a division of E.N. Bisso & Son, Inc. The A. Thomas Higgins, currently under construction at Eastern’s Allanton facility, was launched on January 31, 2020.The RAL RApport 2400 Z-Drive ship-handling tug design was provided by Robert Allan Ltd located in Vancouver, Canada. The C.D. White, the first vessel of the series, delivered in January of this year.Long-term customer E.N.

The tallest port crane in North America was recently raised to that height by ZPMC, which raised the crane 33 feet (10.08 meters) to prepare for Ultra-Large Container Vessels calling at APM Terminal’s Pier 400. In a landmark project that kicked off July 1, 2016, ZPMC NA is upgrading 10 cranes for APM Pier 400 Terminal. When complete, the cranes will be able to service ships carrying up to 20,000 twenty-foot equivalent containers (TEUs). Prior to this crane raise, the largest vessels that could be serviced at the Port of Los Angeles were 13,000 TEUs.

New Cranes for Port of Gulfport 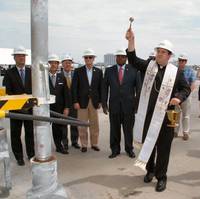 The MSPA Board of Commissioners along with Gov. Phil Bryant and local officials marked the beginning of a new era today at the Port of Gulfport with the “Blessing of the Cranes” event. The arrival of the cranes was a momentous milestone in the Port’s Restoration Project and the blessing celebrates the progress made on the West Pier and the individuals and organizations who have contributed to its overall success. The three gantry cranes, which arrived in Gulfport this past March, were welcomed with much excitement and fanfare.

Three new ship-to-shore gantry cranes for the Port of Gulfport are arrivined by ship and the port took delivery. Manufactured in China at a cost of $30 million, the equipment is designed to meet the port's needs for the next 40 years. Standing 225 ft in the air, they are 55 feet taller than the Hancock Bank Building in Gulfport, MS. The  ship-to-shore gantry crane is a type of large crane used for loading and unloading intermodal containers from container ships. The cranes consist of a supporting framework that can travel back and forth on rail track. 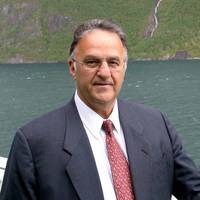 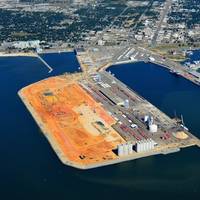 The Mississippi State Port Authority was notified by the U.S. Department of Transportation Maritime Administration (MARAD) that the Port of Gulfport has been designated as a Strategic Seaport by the Commander, Military Surface Deployment and Distribution Command (SDDC). With this designation, America’s military will be able to utilize the Port of Gulfport for cargo and equipment shipments. This announcement adds to South    Mississippi’s extensive military installations and capabilities.

McDermott International, Inc. (NYSE: MDR) said that one of its subsidiaries has signed a lease agreement with the Mississippi Development Authority and the Mississippi State Port Authority for the exclusive right to operate a spoolbase and marine operations base in the Port of Gulfport. McDermott expects the facility, designed to serve projects from the Gulf of Mexico, will be available in early 2016. The new facility in Gulfport, located on the Mississippi coastline, will be used to fabricate steel pipe stalklines through advanced welding processes for use in offshore Reeled pipelay operations. The new 50 acre facility will feature… 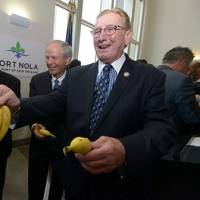 Today, Gov. Bobby Jindal joined Chiquita Brands International Inc. Senior Vice President Mario Pacheco to announce the company will relocate its shipping operations from the Port of Gulfport in Mississippi to the Port of New Orleans. Chiquita plans to ship 60,000 to 78,000 twenty-foot-equivalent units, or TEUs, per year at the Port of New Orleans, representing a roughly 15 percent increase in current container volumes there. Chiquita’s shipping operations will return to New Orleans after a nearly 40-year hiatus. 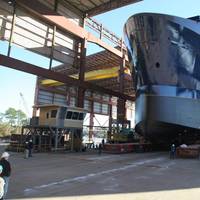 Gulf Coast Shipyard Group, Inc.—a manufacturer of a variety of ocean-going and inland marine vessels for commercial and military markets as well as the Trinity Yachts brand— has announced its expansion by signing a three-year lease with one-year options with the Port of Gulfport. Specifically, Gulf Coast Shipyard Group will use 400 linear feet of dock space on the Port’s East Pier and 15,000 square feet of warehouse space to outfit the dual fuel liquefied natural gas (LNG) powered vessels it is building for Harvey Gulf International Marine. 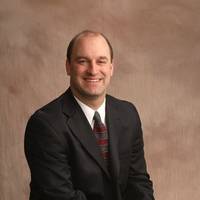 Following a national search, the Board of Commissioners of the Mississippi State Port Authority at Gulfport selected Jonathan Daniels as the port’s new executive director. Daniels comes to the Port of Gulfport from the Port of Oswego in upstate New York where he served as executive director since 2007. Prior to joining the Port of Oswego he served as the president and chief executive officer of Eastern Maine Development Corporation, where he oversaw the day-to-day operations and development efforts of the six-county economic development district.

Crowley Liner Services is loading containers of frozen poultry aboard Crowley's ship Express at the Port of Gulfport, Miss., for transport to Havana, Cuba. The vessel is expected to arrive in Cuba at mid-day on Sunday. This is the first shipment by Crowley for Alimport, the Cuban agency involved with purchasing food products for its country. Alimport contracted with Crowley to transport containerized frozen poultry and dry food products from the United States to Cuba in late November. The poultry being handled was purchased by Alimport and was supplied by Louis Dreyfus Corporation. Alimport, also known as Empresa Cubana Importadora de Alimentos, purchased the food from U.S.

Michael Y. Hopkins, Vice President, Operations for Crowley Liner Services' Latin America division, was awarded the 2000 Thomas Crowley Trophy, Crowley Maritime Corporation's highest honor, at ceremonies held in Port Everglades, Fla., March 30, 2001. Created over a decade ago, the Thomas Crowley Trophy award honors employees with outstanding performance, whose dedication, leadership, initiative and productivity most clearly reflect those of the company's founder. The trophy, a limited edition, bronze sculpture depicting young Thomas Crowley as he ferried goods to and from ships on San Francisco Bay in the early 1890s, is a tribute to the founder of the company as well as the winners of the award.

The American Association of Port Authorities (AAPA) has named Gary LaGrange, Executive Director and Chief Executive Officer of the Port of New Orleans, as Chairman of the AAPA Board for 2004-2005. "Gary LaGrange is extremely well respected by his colleagues in the port industry," said AAPA President Kurt Nagle. "He was unanimously elected to be Chairman of the Board by port officials throughout the Western Hemisphere. Gary LaGrange took leadership of the Board of Commissioners of the Port of New Orleans in 2001. A native of South Louisiana, LaGrange came to New Orleans after serving as Executive Director of the Mississippi State Port Authority at Gulfport.

The American Association of Port Authorities (AAPA) has named Gary LaGrange, Executive Director and Chief Executive Officer of the Port of New Orleans, as Chairman of the AAPA Board for 2004-2005. "Gary LaGrange is extremely well respected by his colleagues in the port industry," said AAPA President Kurt Nagle. "He was unanimously elected to be Chairman of the Board by port officials throughout the Western Hemisphere. Gary LaGrange took leadership of the Board of Commissioners of the Port of New Orleans in 2001. A native of South Louisiana, LaGrange came to New Orleans after serving as Executive Director of the Mississippi State Port Authority at Gulfport.

Bisso Marine Co., Inc.’s heavy lift crews have completed several projects since the beginning of the year. D/B Cappy Bisso launched a 200-ft. dining vessel in Algiers Canal for Superior Diving Co. D/C Lilli Bisso lifted and set three 280-ton sections for a 300-ft. oilfield supply tug. The bow, center and stern sections were set on blocks for completion of the vessel by Horizon Shipbuilding of Bayou La Batre, Ala. Lilli Bisso also lifted a 120-ton quarters module in the Algiers Canal for General Marine Leasing. The Blue Water Industries facility at Port Gibson was the sight of a 500-ton jacket-up lift from barge to shore. A 250-ton deepwater…

Crowley Returns With Scheduled Liner Services to Port of Gulfport

Crowley will resume its liner cargo services to and from Gulfport, Miss., effective Saturday, Oct. 1. The service will commence with the northbound sailing of the RoRo Gothica, which will bring cargo from Central America including Guatemala, Honduras, Nicaragua and El Salvador. That vessel will make the turn - discharging import cargo and loading export cargo - the same day and sail to the northern zone of Central America. That ship will be followed by the Express on Oct. 4. Thereafter, Crowley will continue to provide service over Gulfport to and from Central America every Saturday and Tuesday until such time as the company can resume its full schedule of three, weekly, fixed-day sailings.