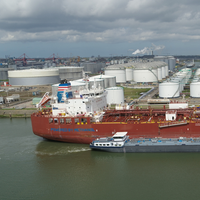 On May 10, 2021, the methanol-dual fueled chemical tanker Takaroa Sun, owned by NYK Bulkship (Asia) Pte. Ltd. participated in what is touted as the world’s first barge-to-ship bunkering of methanol fuel. The bunkering of methanol fuel was conducted in Rotterdam port under the leadership of the charterer Waterfront Shipping Company Limited, together with the cooperation of the Port of Rotterdam, Royal Vopak N.V., and TankMatch B.V.Methanol fuel produces up to 15% less carbon emissions during combustion than conventional fuel oil and reduces sulfur oxide (SOx) emissions by approximately 99%. 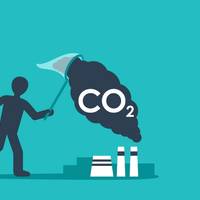 The Dutch government has granted a consortium that includes oil majors Royal Dutch Shell and ExxonMobil around 2 billion euros ($2.4 billion) in subsidies for what is set to become one of the largest carbon capture and storage (CCS) projects in the world, the Port of Rotterdam said on Sunday.Shell and Exxon requested the subsidies in January together with industrial gas suppliers Air Liquide and Air Products for a project which aims to capture CO2 emitted by factories and refineries… 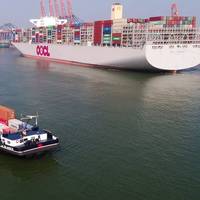 A backlog of container ships carrying consumer goods has grown in some key strategic ports after a near week-long blockage in the Suez Canal, adding to ongoing disruptions to global trade, industry sources say.Dozens of container ships were stuck when the 400-metre-long (430-yard) Ever Given ran aground in the canal on March 23, with specialist rescue teams taking almost a week to free the vessel.The suspension of sailings through the waterway left shipping companies - including container lines - with millions of dollars in extra costs… Marine shipping drives 90% of global trade, moving over 11 billion tonnes of containers, solid and liquid bulk cargo across the world’s seas annually. Almost all consumer products we buy — or the raw materials required to make them — arrive at Canadian ports via ship.Each year, Canadian port facilities handle about 340 million tonnes of goods, worth about $400 billion. Roughly 25% of Canadian exports and imports, by value, are transported by marine shipping.Despite their economic importance… 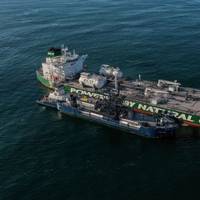 Russian oil and gas shipping giant Sovcomflot said Friday it had on March 15, together with Shell, "broke new ground," with the completion of the "first-ever Aframax tanker fuelling using LNG in the USA."Sovcomflot’s Gagarin Prospect tanker, on long-term charter to Shell, was en-route from Corpus Christi to Europe. It received 1,075 cubic metres of marine LNG from the Shell NA LNG LLC chartered Q-LNG 4000 outside the Port of Canaveral, Florida. "This represented the first ever ship-to-ship LNG fuelling of a large capacity Aframax tanker in the USA… 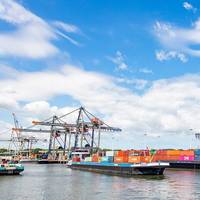 The U.S.’ largest energy export gateway and Europe’s leading industrial deepsea port have entered into a Memorandum of Understanding that will allow the two global entities to collaboratively improve their global maritime operations.The Port of Corpus Christi and the Port of Rotterdam have outlined a number of shared objectives, which include codeveloping trade and commercial opportunities, fostering an exchange of information, and advancing the development and deployment of innovative technologies specifically related to navigational safety and environmental protection.Sean Strawbridge… 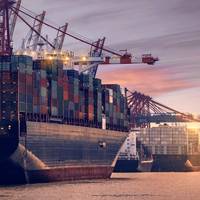 Customs authorities in Hamburg and Antwerp have seized a record haul of more than 23 tonnes of cocaine destined for the Netherlands in two raids this month, Dutch prosecutors said on Wednesday.The two shipments together represented a street value of roughly 600 million euros ($730 million), the prosecutors said, making it the biggest catch of cocaine headed for the Netherlands ever.Prosecutors said a 28-year old Dutchman had been arrested on Wednesday who was registered as the recipient of the containers in which the drugs were found.In Hamburg, Germany, 16.17 tonnes of cocaine were found in o 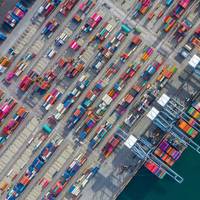 Freight volumes in the Port of Rotterdam fell 6.9% in 2020 because of the coronavirus crisis, the biggest drop in about a decade but smaller than had been expected, Europe’s largest sea port said on Friday.The port's Chief Executive Allard Castelein told reporters he expected a recovery that began in the second half of 2020 to continue this year but said throughput was not expected to reach pre-crisis levels in 2021.The fall in traffic in 2020 was the largest since 2009, taking throughput down to levels last seen in 2011, he said.Traffic took a big hit in the first phase of the pandemic, as tr 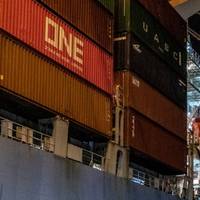 Shipping company Ocean Network Express (ONE) said it has tested the use of biofuel to power the containership MOL Experience. The trial was completed on February 7, 2021, following bunkering at the port of Rotterdam, Netherlands in November 2020 and was performed in collaboration with shipowner Mitsui O.S.K. Lines and sustainable biofuel company GoodFuels.During the trial, the biofuel was blended with conventional fossil fuels enabling the 4,803 TEU MOL Experience to make its Atlantic crossings between Europe and the U.S.Derived from renewable sources… 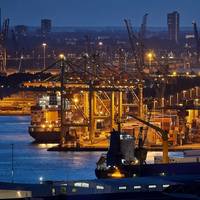 Brazilian oil giant Petrobras will concentrate its European commercial activities in Rotterdam. This will result in the transfer of Petrobras Europe Ltd.’s commercial activities from London, England to Petrobras Global Trading B.V. in Rotterdam. The change will start in the next quarter and must be completed by the second half of 2021.The focus on Rotterdam is in line with the Petrobras policy of rationalizing its international presence in 2021, taking into account the world’s three major oil markets: Europe, North America and Asia. Towing specialist Boluda Towage Europe has said that its two newbuild tugs - VB Bolero and VB Rumba - have arrived in Rotterdam.The 85-tonnes bollard pull ASD tugs 2813, built at Damen Song Cam Shipyard in Vietnam, were loaded on board the special heavy lift ship “Frauke” and transported to Rotterdam.The tug duo arrived in the Port of Rotterdam on Monday, November 23, 2020."After the unload process in Rotterdam, Boluda Towage Europe will bring the two tugs, both complying with the most recent IMO Tier III emission standards… 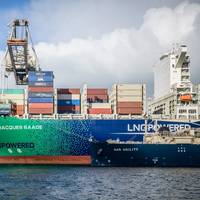 The world’s largest LNG-powered containership, the CMA CGM Jacques Saadé, has completed its first LNG bunkering with Total’s LNG bunker vessel, the Gas Agility, at the Port of Rotterdam in the Netherlands. The 23,000 TEU containership received around 17,300 m3 of LNG, making it the largest LNG bunkering operation to ever take place, both Total and CMA CGM said Monday.The bunkering operation was performed by the Gas Agility at the Rotterdam World Gateway terminal by means of a ship-to-ship transfer, while the CMA CGM Jacques Saadé carried out cargo operations simultaneously. 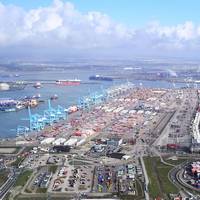 Freight volumes in the Port of Rotterdam improved in the third quarter after the deep slump caused by the coronavirus pandemic in the first half of the year, Europe's largest sea port said on Wednesday.Throughput of agribulk, iron ore, biomass and goods transported by trucks on ferries showed a marked improvement at the end of the third quarter, the port said, while the number of containers that arrived in Rotterdam also increased."Many segments showed a marked improvement in their throughput volumes in comparison with the second quarter"… 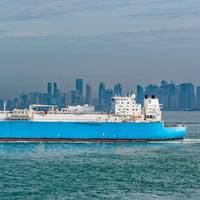 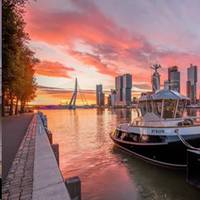 A high-tech tug in the Netherlands has traveled without human intervention on an AI-optimized route from Boompjes to Waalhaven in the Port of Rotterdam, marking a milestone on the path toward fully autonomous and maritime sustainable operations.The milestone voyage was led by maritime service provider KOTUG International, ship design company Rotortug and tech start-up Captain AI, as part of the Netherlands Forum for Smart Shipping.The demonstration follows the summer 2018 trial of a Rotortug sailing under remote control from Marseille… 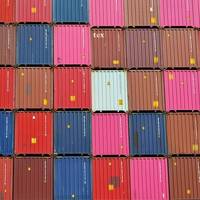 This week, various parties in Rotterdam will be launching a new pilot project, in which containers are handled and released without a PIN code: a widely used verification method in this transport segment. The project revolves around a new application, Secure Container Release, which replaces the PIN code with a digital signal: a solution that is significantly less susceptible to fraud. It is not only intended to make container handling more efficient, but also safer. Participants in the three-month trial include CMA CGM… 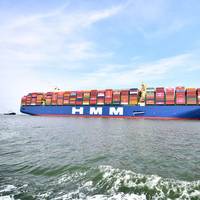 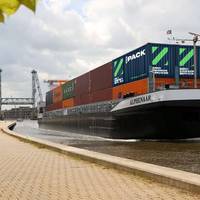 A group of partners in Europe aims to use battery containers on board barges to supply environmentally friendly fully-electric propulsion in lieu of diesel for inland waterway shipping.Supported by the Dutch Ministry of Infrastructure and Water Management, the concept is being spearheaded by the Zero Emission Services B.V. (ZES), a consortium including technology group Wärtsilä, ING Bank, energy and technical service provider Engie and the Port of Rotterdam Authority. The project will launch first in the Netherlands, where inland navigation accounts for 5% of carbon dioxide (CO2) emissions. 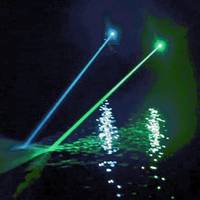 Research scientist and entrepreneur Sverre Dokken believes laser-based remote sensing has big potential in the maritime domain. But what is LADAR, who’s it for and what are the key benefits?“Our mission is to be the world leader in innovative maritime sensor products that enhance the safety and security of shipping and all manner of offshore activity,” says Ladar Ltd (LDR) principal Sverre Dokken.In the sensor vanguardEssentially a laser-based navigational aid, LADAR (Laser Detection and Ranging) combines long-distance object detection with high-accuracy measurement… 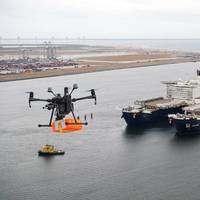 Allseas' giant Pioneering Spirit offshore construction and decommissioning vessel last week provided a stage for what is believed to be the Netherlands’ first drone to vessel delivery.Mobilizing in Rotterdam’s Alexiahaven for upcoming platform removal projects, the 382 meters long, 124 meters wide vessel last week received a special aerial package containing spare parts.The drone delivery was a test, set up by Dutch Drone Delta (a consortium promoting the use of drones), the Port of Rotterdam Authority and Allseas. 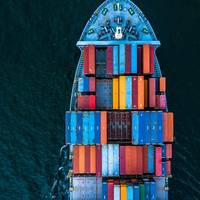 The U.S. Postal Service is using ships for overseas transport as the number of commercial flights typically used to send mail abroad has plummeted due to the coronavirus pandemic. The agency said on April 23 that a first mail shipment bound for Europe departed JFK International Service Center in New York three days earlier and is being transported on a containership scheduled to arrive at the port of Rotterdam on May 7. The vessel is said to be carrying 6,036 receptacles in five containers weighing 32… 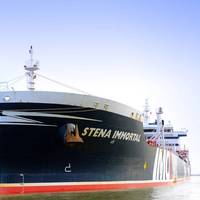 Stena Bulk said it completed a test run of biofuel aboard its MR tanker Stena Immortal, as shipping companies seek fuel alternatives to help lower their carbon footprint and comply with more stringent environemental regulations.The 49,646 dwt tanker received its first delivery of Bio Fuel Oil made from used cooking oil a call at the Port of Rotterdam. The fuel, which GoodFuels launched in 2018, is said to reduce greenhouse gas emissions by 83% and substantially reduces SOX emissions.As Stena Immortal ran in typical commercial operation…

Hydrex Ready to Mobilize at Port of Rotterdam 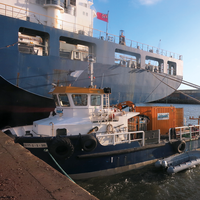 To enable a fast mobilization throughout the entire Rotterdam port without delaying a ship’s commercials operations, Hydrex dive support vessels are stationed in Rotterdam. These workboats are fully equipped with hydraulic cranes, winches, a dive spread and control room.This allows Hydrex to offer simple maintenance operations as well as repairs on all parts of the underwater ship propulsion system and the hull. Hydrex operations are class approved and carried out alongside or at anchorage while commercial activities continue without disruption.