The news comes as Cuba watchers are looking closely for signs of how the United States' fragile detente with Cuba will fare under President Donald Trump. "Disappointed some (Florida ports) would enter into any agreement with Cuban dictatorship," Scott wrote on Twitter on Wednesday. "I will recommend restricting state funds for ports that work with Cuba in my budget. Port authorities along the U.S. Southern coast are strong proponents of increased trade and travel with Cuba, and some have expressed interest in using Mariel, located on the northwest coast of the Caribbean island, as a transshipment hub. The Ports of Everglades and Palm Beach had been planning to sign agreements with Cuba during the visit of a Cuban trade delegation this week but said they decided to withdraw the deals. 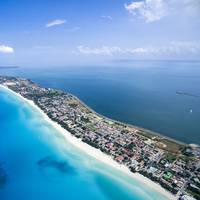 Cuba and the United States agreed on Monday to jointly prevent, contain and clean up oil and other toxic spills in the Gulf of Mexico, as they rush to conclude deals before President-elect Donald Trump takes office. U.S. Charge d'Affaires Jeffrey DeLaurentis, upon signing the agreement, said it was one of a series of deals to protect the shared marine environment of the two neighboring countries separated by just 90 miles (145 km) of water. Trump has threatened to scrap a still-fragile detente between the two countries unless Cuba makes further political and economic concessions. U.S.

The United States prepared to airlift hundreds of people from its Guantanamo Bay naval base as the most powerful cyclone to form over the Atlantic since Hurricane Felix in 2007 ground slowly towards Jamaica, Haiti and Cuba. Haiti also began evacuating residents by boat from outlying islands in preparation for Hurricane Matthew, which threatens to wreak widespread damage in the region with flash floods and winds at about 150 miles per hour (240 kph). Matthew is expected to make landfall as a major storm on Jamaica's southern coast, home to the capital, Kingston, and its only oil refinery.

Cuba's chronic goods trade deficit widened by $1.5 billion in 2015 as exports fell 24 percent and imports rose 3 percent, the government said on Wednesday, in the first data showing a commodity crash has hurt the economy. The information, released on the National Statistics Office web page did not cover Cuba's large service exports. Prices for key Cuban exports such as sugar, nickel and refined oil products all tumbled last year. The Communist-run country began cutting back on its 2016 import orders last year and has been slow in making some payments to creditors and suppliers. Cuba orders much of its imports a year in advance. Cuban…

MSC Cruises will this week become the first major liner to start operations in Cuba, part of its efforts to grow a global presence, the Swiss group's chief executive said. U.S. President Barack Obama and Cuban President Raul Castro announced a year ago they would work toward a normalisation of relations after half a century of Cold War hostility, although a U.S. trade embargo of Cuba remains in place. Privately-owned MSC Cruises, the world's fourth biggest line, said while its cruises were not currently being offered to U.S. customers, bookings by Europeans and Canadians had been "above our estimations". "Out of the main four global cruise lines in the world…

Cuba and the United States have agreed to restore direct postal service after a half-century rupture in one of the first bilateral deals since the former Cold War foes re-established diplomatic ties in July. The announcement on Friday comes ahead of the first anniversary of the Dec. 17 announcement by U.S. President Barack Obama and Cuban President Raul Castro that they would seek to normalize relations. "Both parties agreed to re-establish direct postal service between the two countries through the implementation of a pilot program that will begin in the coming weeks, with permanent service foreseen in the future," Cuba's foreign ministry said in a statement.

US Preparing to Weaken Cuba Embargo

The White House is drafting sweeping regulations to further weaken the U.S. trade embargo on Cuba that would ease restrictions on U.S. companies and make it safer for Americans to travel there, U.S. government sources said on Thursday. The regulations could be announced as soon as Friday. U.S. companies would be allowed to establish offices in Cuba for the first time in more than half a century, according to a draft of the new rules seen by Reuters. The regulations make it easier for airlines and cruise ships to import parts and technology to improve safety in Cuba; loosen restrictions on software exports; and allow authorized companies to establish subsidiaries with Cuba, possibly via joint ventures with Cuban firms such as state telecommunications monopoly Etecsa. 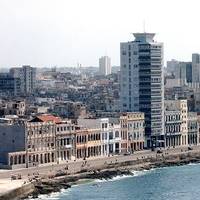 Cuba has yet to attract new foreign investors despite launching two major initiatives in the past year, a sign of the lingering caution over doing business with the communist government and its own hesitancy to follow through on free-market-style reforms. Cuba last November opened a China-style special development zone, including a new container terminal at Mariel Bay. It also passed a new foreign investment law in March, saying it needed more than $2 billion a year in foreign direct investment to spur growth.

On July 11, Head of Rosneft Igor Sechin and General Director of Union CubaPetroleo (CUPET) Juan Torres Naranjo signed in Havana the Agreement on Cooperation in the Area of Enhanced Oil Recovery at Brownfields. The Agreement was signed in the presence of the Russian President Vladimir Putin and the President of the State Council of Cuba Raul Castro. The document provides for the joint activities concerning comprehensive studies of field development and well production conditions in the territory of Cuba.

France's foreign minister met with Cuban President Raul Castro on Saturday during the first visit to the island by such a high-ranking French official in 31 years and a sign of the quickening pace of improving ties between the European Union and Havana. Laurent Fabius said he discussed politics, human rights, market-oriented reforms in Cuba and bilateral relations in what he characterized as "a long conversation" with Castro. "We want to push forward our relations in the areas of culture, education, economics and politics," Fabius, a former prime minister, told reporters at the end of a one-day visit to the communist-run Caribbean country. "Of course, we have different points of view on certain issues, which doesn't stop us from exchanging perspectives and moving forward," he said.