Port of Blyth, one of the UK’s leading offshore energy support hubs, and its partner, Energy Central, has supported the announcement from the UK Government of a 10-week consultation on its ‘freeports vision’.The Port of Blyth and businesses working on the estuary could benefit from the establishment of UK Freeports and recognizes the potential benefits of a free trade zone could bring to the region, particularly given the development of Energy Central in Blyth.Designed to create the perfect environment for inward investment from the offshore and renewable energy sector… 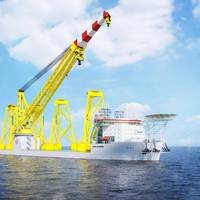 Six months after the offshore installation vessel Voltaire, Jan De Nul Group orders Les Alizés, a floating installation crane vessel from the CMHI Haimen shipyard in China.Together with the Voltaire, this new vessel will be in a super-size class of its own, capable of building the newest generation of offshore wind farms. Les Alizés, that will be ready in 2022, is equipped with a crane having a lifting capacity of 5,000 tons and equally impressive lifting heights. Les Alizés will be able to load out, transport and install multiple units of the largest and heaviest wind turbine foundations.

Siemens Gamesa Renewable Energy SA (SGRE) has secured a deal to supply 4.X turbines for a 200MW wind farm in China, its first contract for the platform in the market.The Spanish-German group will deliver 42 machines rated at 4.8MW to the project developed by Xinjiang TBEA Group in Xinjiang, northwest China. The company will also provide operation and maintenance services for five years.This is the second order that SGRE has received from TBEA, strengthening the partnership between both companies.

Angus Frew to Step Down from BIMCO Role

The secretary-general and chief executive of BIMCO, Angus Frew  is stepping down for personal reasons. BIMCO expects have found a replacement by the end of this year.Angus Frew has announced he will step down in the summer of 2020, as he wishes to spend more time in the UK and less time working.“In six successful years, Angus has moved BIMCO to the forefront of the shipping industry and made sure our members’ opinions and positions are listened to at the highest levels of government.

London-based multinational law firm Linklaters has advised Green Investment Group (GIG) on the acquisition of a 40% stake in Iberdrola’s Scottish Power Renewables’ 714MW East Anglia One offshore wind farm.Once commissioned in 2020, it will be one of the world’s largest wind farms, said a note from the British law firm."This transaction is the first partnership between GIG and Iberdrola’s Scottish Power Renewables subsidiary in the UK and brings the total capacity of UK offshore wind supported by GIG to over 5.7GW across 14 projects. 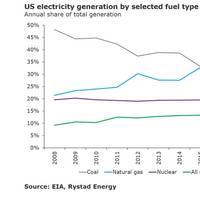 A new study revealed that coal power is being replaced by cleaner energy sources in the US – primarily due to an abundance of cheap natural gas.According to Rystad Energy, new renewable energy capacity from solar and wind is on the rise in the US, and April 2019 marked the first month when more electricity was generated in the country from renewable sources than from coal.However, the growing renewable energy sector alone is not wholly responsible for the on-going retirement of…

The European ARBAHEAT consortium will start a research project to investigate the conversion of the ENGIE Ultra-SuperCritical coal-fired Rotterdam power plant into a biomass-fired heat and power plant this month.The innovative technology used to produce the required steam treated biomass has been developed by the Norwegian company Arbaflame AS.Goal of this showcase is to investigate the technical possibilities of cost-effectively converting the coal-fired power plant into a flexible 100% sustainable biomass fired plant…

Norway's Havyard Ship Technology said it has secured orders to build up to three vessels for a foreign customer in the offshore renewable energy sector.The contract includes two firm vessel orders for delivery to the unnamed customer in Q3 2020 and Q1 2021, plus an option for a third sister vessel.The vessel design was developed by Havyard Design & Solutions. 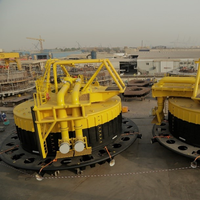 The bearing installations to two Calm Buoys operating offshore Libya are indicative of the wide-range of applications Thordon’s environmentally-safe bearing systems have outside the company’s traditional maritime market.A total of 48 bearings and bushings were supplied in 2014 for installation to the chain stoppers of Monobuoy’s 400t turntable Calm Buoys, a single point mooring system designed to allow oil tankers to load and offload cargoes offshore, without having to berth alongside the refinery. 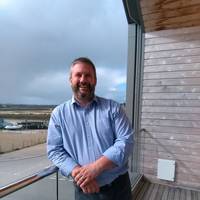 Marine Hub Cornwall are on a mission to showcase the UK’s southwest coast as a world class center for marine technology and innovation. Working alongside Invest in Cornwall, which manages inward investment into the region, Marine Hub’s Operations Director, Matt Hodson, explains why he believes Cornwall is best positioned to be a global hub for the marine renewable industry.To kick off, can you give the readers a brief overview of your experience and what led you to become the…

EnBW Energie Baden-Württemberg AG is continuing its strategy of capturing growth in new international markets in the renewable energy sector. Following its recent entry into Taiwan, EnBW has now expanded its activities to the United States of America by establishing a regional subsidiary, EnBW North America, and forming a joint venture with Trident Winds Inc. to develop an offshore wind project off the coast of in Central California. This represents the EnBW Groups first step toward tapping into the high potential of the American market.

Guest Promoted to CEO at Harland and Wolff 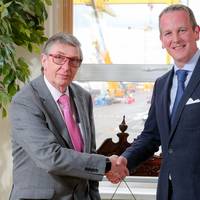 Jonathan Guest has been tapped to succeed Robert J Cooper as chief executive officer of Belfast shipyard Harland and Wolff Group PLC and Harland and Wolff Heavy Industries Limited.Guest, the company’s current director of business development and improvement, will step into the chief executive role on May 1 to replace Cooper who is retiring after more than four decades with the company.Guest has worked for 23 years as a professional engineer and executive director in a range of industries including marine…

Olympic Shipping has secured a contract for Olympic Delta, an inspection, maintenance and repair (IMR) vessel, with an international client  to work on a renewable energy project. The vessel, with the length of 92.55 meters, will be employed in the renewable energy sector. The value of the contract was not disclosed. Olympic Delta will start work in August for a fixed period of 120 days, plus a further 80 days or more if extension options are exercised. Stig Remøy the company’s CEO… 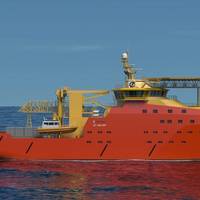 Østensjø Rederi AS has placed an order for the construction of a new offshore wind farm support vessel for maintenance operations at the Race Bank Offshore Wind Farm in the U.K., following the award of a service operation vessel (SOV) contract awarded from charterer Dong Energy. The vessel will be built at Astilleros Gondan’s Figueras shipyard in Spain. Gondan is currently building three vessels for the same Norwegian shipowner, and with this new project will tally 12 vessels built with Østensjø Rederi.

Testing, inspection and certification firm Bureau Veritas announced it has finalized the acquisition of HydrOcean, a French engineering company specializing in hydrodynamic digital simulation for the maritime industry. HydrOcean was established in 2007 to provide design support for the construction of ships, offshore structures, racing yachts and marine energy systems, with a focus on assessing and optimizing hydrodynamic performance. Bureau Veritas said HydrOcean’s services and simulation tools help reduce the risks, time and costs associated with ship design in a market driven by sustained demand from the shipping, offshore and yachting industries, and the emerging marine renewable energy sector.

Even though the struggle for independence from Britain finally resulted in Ireland being declared “a sovereign, independent, democratic state” in 1937 there was little interest being shown in the maritime affairs of the country. This, despite Ireland being seen as having opportunities to derive added value from its vast marine resources. Up until a few years ago, sporadic endeavors failed to achieve optimum economic benefits. Ireland’s ambition to create a maritime cluster gathered momentum only during the last few years. It began with the introduction of the tonnage tax regime in 2003. 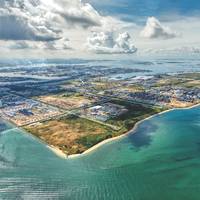 The mantra of recent times has been the worldwide trend to ‘mega’. Mega container ships created the need for mega ports which required mega dredging projects. These in turn demand mega dredging vessels. All this is true but disregards another development: the consolidation of the major dredging contractors into larger companies with long-term strategies that have resulted in diversification. Today’s major dredging contractors do more than dredge. They are partners in the development of a project. 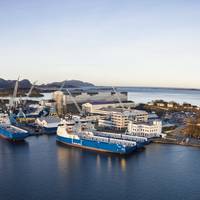 Ulstein Group said it achieved a “good result” for 2014, with an operating turnover of NOK 2.7 billion compared to 2013’s NOK 2.3 billion. Meanwhile, the group’s operating profit of NOK 184.1 million comes in under the NOK 317.8 million operating profit for 2013, while the 2014 operating result before tax of NOK 167.7 million is again lower than NOK 360.8 million for 2013. “We are pleased with last year’s figures. Today’s market is tough, and we are preparing for even harder times to come. There will be major demand for restructuring and change,” said CEO Gunvor Ulstein.

Prysmian SpA, the world's biggest cable maker, is confident of bagging orders this year to keep its high-margin subsea business order backlog at between 2.2 billion euros ($2.4 billion) and 2.3 billion, the head of the unit told Reuters. "The outlook for this year is very positive," Prysmian energy projects head and board member Massimo Battaini said in an interview. Italy's Prysmian, which in 2011 became the world's largest supplier of cables for uses ranging from telecoms to elevators when it took over Holland's Draka, generates around 30 percent of core earnings from its subsea and high-voltage business. The two businesses, which command healthy margins of more than 20 percent, generated core earnings of 1.3 billion euros last year, 75 percent in Europe. 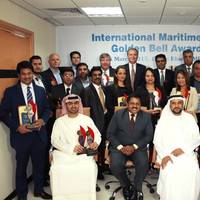 Drydocks World and Maritime World have won the Excellence Award given by the International Maritime Club at the Golden Bells Awards 2015 - Middle East. Drydocks World Group has won the Best Maritime Conference Award in recognition of their successin organizing the “2nd Mare Forum Dubai 2015,” which held its second edition on the 21st of January 2015 under the patronage of HH Sheikh Hamdanbin Mohammed bin Rashid Al Maktoum, Crown Prince of Dubai, Chairman of the Dubai Executive Council.

Leading the way for client representative training in offshore renewables industry . An operational offshore energy course, providing training in the running and delivery of offshore renewables projects, has received industry recognition from the Renewables Training Network (RTN). The Client Representative Course, run by Offshore Marine Academy (OMA), received the ‘RTN Recommended’ status earlier this month, highlighting the academy’s ambitions to meet training demand as well as to close the skills gap within the industry.