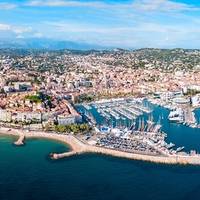 Mediterranean resort town Cannes, France's fourth-biggest cruise ship port, will ban the most polluting cruise ships from next year in a bid to boost air quality in the city.The ban will target ships that do not respect a 0.1% cap on sulphur in their fuel and could stop some passengers from disembarking in the city famous for its film festival."It's not about being against cruise ships. It's about being against pollution," Cannes Mayor David Lisnard told Reuters Television in an interview.Under the European Union's clean air policy…

When Siberia Shivers, Time to Fix Ships in the Ice 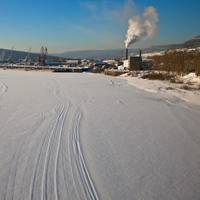 When the Siberian winter bites and the mighty Lena River freezes, workers at the Yakutsk shipyard brace for a backbreaking but vital task - 'vymorozka'.As Siberia's summer is so short, freighters must be kept moving while the river, whose 4,400 km (2,735 miles) carry the region's economic lifeblood, is navigable. Repairs must be done in winter, when the river is frozen and the ships are wedged tight in the ice.Vymorozka, which translates as 'freezing out', is the process of cutting away the ice from around a ship's hull with chainsaws…

Most on board boat believed to be Pakistanis;ten bodies so far recovered, three survivors found. An estimated 90 migrants are feared to have drowned off the coast of Libya after a smuggler's boat capsized early on Friday, leaving three known survivors and 10 bodies washed up on shore, the International Organisation for Migration (IOM) said. Survivors told aid workers that most of the migrants on board were Pakistanis, who form a growing group heading to Italy from North Africa, IOM spokeswoman Olivia Headon said. "They have given an estimate of 90 people who drowned during the capsize, but we still need to verify the exact number of people who lost their lives during the tragedy," Headon, speaking from Tunis, told a Geneva news briefing.

A new ferry line between isolated North Korea and its neighbour Russia docked for the first time at the Russian Pacific port of Vladivostok on Thursday. The ferry's Russian operators say it is purely a commercial venture, but it coincides with what some academics say is a drive by North Korea's leader, Kim Jong Un, to build ties with Moscow in case its closest ally China turns its back. Journalists were unable to see passengers disembarking from the ship, the North Korean-flagged Mangyongbong, because Russian officials kept them away from the quayside, citing unspecified security reasons. Reuters television was able to speak to three passengers, who said they were representatives of Chinese tourism agencies.

Port authorities in Chennai have impounded a BW LPG vessel and a local ship carrying heavy fuel oil, and detained their crews, a spokesman for the port said on Friday, after their collision last week caused an oil spill affecting marine life and local fishing. About 20 tonnes of heavy fuel oil leaked and a complete clean-up is expected to take eight to 10 days, according to an Indian coast guard spokesman. BW Maple, with a total capacity of 82,000 cubic metres of liquefied petroleum gas, was half full when it collided near Chennai with the Indian ship Dawn Kanchipuram on Saturday. The port spokesman said the sludge - a mixture of oil, water and sand - has travelled over 18 miles, polluting the Marina Beach, one of the world's longest.

Russian Warships Said to be Bound for Syria

The Norwegian military has released pictures taken by surveillance aircraft of a fleet of Russian warships sailing in international waters off the coast of Norway and reported to be heading to Syria. Photos of the vessels, which include the aircraft carrier Admiral Kuznetsov and the Pyotr Velikiy battle cruiser, were taken near Andoya island, in northern Norway on Monday. A spokesman for the Norwegian military intelligence service said the country's armed forces frequently releases such footage, while newspaper VG quoted General Morten Haga Lunde, head of the service, as saying the eight ships involved "will probably play a role in the deciding battle for Aleppo".

Greek divers trawled the Aegean Sea on Monday for survivors of the country's worst maritime accident involving refugees, as officials reacted with despair at the scene of the tragedy in which 15 babies and children drowned. In all, 34 people died and nearly 100 were rescued after their small wooden boat capsized early on Sunday off the tiny island of Farmakonisi, less than 10 km (6 miles) from the Turkish coast. "I'm devastated. There was a lady there who wanted information and told me her three children and husband were missing. She was holding a three-month old infant in her arms," one Greek official told Reuters, speaking on condition of anonymity. "What was I supposed to tell her? That we found them?

Greece ferried hundreds of refugees to its mainland on Friday to relieve the pressure on outlying islands that have been overwhelmed by thousands of people arriving by boat to flee Syria's civil war. At the same time, crowds of migrants massed on the Greek border with Macedonia, preparing to travel north across a continent that is struggling to cope with the influx of desperate people escaping from conflict and poverty. Just under 2,200 refugees arrived at the port city of Piraeus on Friday night on a car ferry chartered by the Greek government.

Europe's oil majors will strike a sober note in their fourth-quarter results and investors will focus on companies' plans to maintain cherished dividends and their strategies to cope with the oil prices collapse that caught many unawares. Having sold around $120 billion in assets in recent years to boost balance sheets and keep up dividend payouts, companies are expected to increase borrowing and further cut costs as they come to terms with oil prices that have more than halved since June to around $50 a barrel.

OPEC's president said on Monday a likely cut in oil supply by the exporting cartel was no threat to global economic growth, but aimed at avoiding a price collapse in the second quarter of the year. Chakib Khelil, who is also Algerian Energy and Mining Minister, told Reuters Television that current OPEC exports were 1.5 million barrels per day (bpd) above forecast world demand this year, but that some members wanted to reduce by as much as two million to safeguard revenues. "We don't see oil having a tremendous impact on inflation. There may be more risk in Asia... but in Europe, the United States and Japan I do not see much impact on inflation and growth," Khelil said.

OPEC's president said on Monday a likely cut in oil supply by the exporting cartel was no threat to global economic growth, but aimed at avoiding a price collapse in the second quarter of the year. Chakib Khelil, who is also Algerian Energy and Mining Minister, told Reuters Television that current OPEC exports were 1.5 million barrels per day (bpd) above forecast world demand this year, but that some members wanted to reduce by as much as two million to safeguard revenues. "We don't see oil having a tremendous impact on inflation. There may be more risk in Asia... but in Europe, the United States and Japan I do not see much impact on inflation and growth," Khelil said.