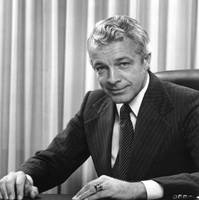 Army veteran-turned-Royal Caribbean Cruise Line founder Edwin W. Stephan passed away on Friday at 87 years old."We at Royal Caribbean mourn his loss and extend our deepest sympathies to the Stephan family," said a statement from the global cruise company said.In 1969 Stephan founded the Royal Caribbean Cruise Line, and his contributions helped create the modern cruise industry we know today. Under his leadership in 1970, the company launched Song of Norway, the first ship purpose-built for warm-water cruising.Since that initial voyage…

Spectrum of the Seas Delivered 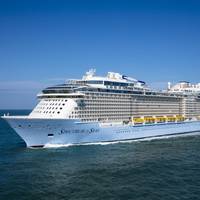 Cruise line Royal Caribbean International officially took delivery of the 26th ship in its fleet, 169,000 grt Spectrum of the Seas, in a ceremony Thursday in Bremerhaven, Germany.The first ship in the Quantum-Ultra class, the Meyer Werft built Spectrum of the Seas measures 347.1 meters long and 41.4 meters wide. Altogether, the vessel has 18 decks with 2,137 cabins offering space for 4,246 passengers in double occupancy and 1,551 crew members.The Bahamas flagged Spectrum of the Seas will be the largest and most expensive ship in Asia when she arrives to her new home in Shanghai on June 3…

Royal Caribbean Cruises Ltd (RCL) just gave confirmation of an order for Chantiers de l’Atlantique, according to a previous option agreement, to build a new Oasis-class cruise ship, due for delivery in the fall of 2023.“At her delivery, she will be the twenty third cruise ship built by our yard for Royal Caribbean Cruises Ltd, and we are especially proud of it”, said Laurent Castaing, General Manager, Chantiers de l’Atlantique."With her outstanding dimensions, the new 2857-cabin ship (hull A35) will belong…

Royal Caribbean Cruises (RCL) and Silversea Cruises announced agreements to build three new ships for Silversea Cruises, including two luxury vessels as well as a single expedition ship for the Galapagos.Silversea, the luxury and expedition cruise brand that recently joined the RCL family, signed a memorandum of understanding with German shipbuilder Meyer Werft to build two new vessels in its new Evolution Class. The first Evolution Class ship is expected to deliver in 2022.Silversea also signed a contract with Dutch shipbuilder Shipyard De Hoop to construct a new expedition vessel… 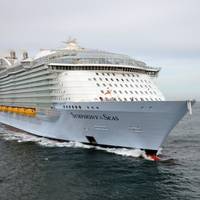 At 362 meters long, 66 meters wide and 70 meters high, Royal Caribbean’s new 228,081 GRT cruise ship takes the “world’s largest” title. Mega ship Symphony of the Seas was delivered today to owner Royal Caribbean International from French shipbuilder STX France who has been constructing the vessel since 2015. The new cruise liner, which boasts 18 decks total with capacity for 6,800 passengers in 2,747 staterooms and is crewed by more than 2,000 staff members, takes the size crown from her slightly smaller sister vessel, Harmony of the Seas. 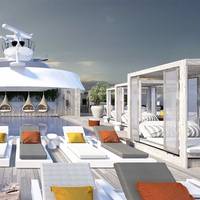 Richard Fain, the chief executive officer of Royal Caribbean Cruises Ltd.and Lisa Lutoff-Perlo, CEO of Celebrity Cruises—one of three brands in the Royal Caribbean family—announced a new category of ship that, among other transformational design moves, brings stateroom balconies indoors. Designed completely in 3-D, and featuring the work of A-list global architects and designers, the 2,918-guest Celebrity Edge aims to make discerning global travelers redefine how they experience the world and how intimate a vacation can be.

Royal Caribbean Cruises Ltd. has entered into an agreement to sell Legend of the Seas to Thomson Cruises in the UK. Legend will depart Royal Caribbean’s 25-ship fleet in March 2017 and immediately transition to its new owner. The 1,832-passenger ship will join the Thomson fleet in May 2017, and will sail under the name of TUI Discovery 2. The news comes nine days before the launch of the line's latest ship TUI Discovery - another former Royal Caribbean ship and a sister to Legend, Splendour of the Seas.

The hulking shell of Royal Caribbean’s “Harmony of the Seas” — the world’s largest cruise ship — entered the water in France on Friday. It’s expected to take its maiden voyage in 2016. The huge vessel has been under construction since September 2013 in the shipyards in Saint-Nazaire. The 16-deck ship will carry 6,360 passengers along with 2,100 staff. It weighs 227,000 tons and measures 1,187 feet — that’s 50 meters longer than the height of the Eiffel Tower. Harmony is also a metre wider than the current twin ocean-going monsters of the pleasure cruise world, which are also 362 metres long.

Royal Caribbean has ordered a fourth ship for its Quantum Class family of ships from Meyer Werft. The ship will be delivered in 2019. With two Quantum-class vessels already delivered and a third under construction, Royal Caribbean Cruises on Thursday announced plans to order a fourth. The Miami-based cruise ship company said it had entered into an agreement with the Meyer Werft shipyard in Germany to build the 4,180-passenger vessel. The sister ship to Quantum and Anthem of the Seas will be delivered in 2019…

Anthem of the Seas Delivered to Royal Caribbean 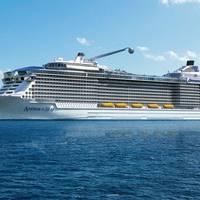 Royal Caribbean International took delivery of its 23rd ship, Anthem of the Seas. Royal Caribbean Cruises Ltd.’s Chairman and CEO Richard D. Fain officially received the new ship from Meyer Werft Yard’s Managing Partner Bernard Meyer in a signing ceremony held in Bremerhaven, Germany. Anthem of the Seas will now sail to Southampton, U.K., where the ship will homeport through October and sail to the Mediterranean and Canary Islands. The ship will be inaugurated in Southampton on April 20…

Royal Caribbean to Sell Splendour of the Seas

Royal Caribbean Cruises Ltd. announced that it has entered into an agreement to sell its cruise ship Splendour of the Seas to TUI Cruises in the second quarter of 2016. The ship will then be leased to Thomson Cruises, which will operate the vessel. Richard D. Splendour of the Seas will complete all scheduled open deployment, and no sailings will be altered or disrupted due to the sale. Her final sailing will commence on April 4, 2016, and all officers and crew will remain with… 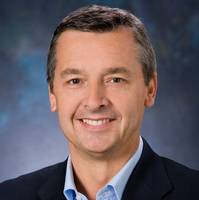 Royal Caribbean Cruises Ltd (NYSE, OSLO: RCL) named two senior company executives to lead the company’s two largest brands. Michael Bayley, who worked his way up from an assistant purser’s position aboard the Nordic Prince, will serve as President and CEO of Royal Caribbean International. Lisa Lutoff-Perlo, whose career at the company began in the New England sales office, will serve as President and CEO of Celebrity Cruises. “This is a happy day for Michael and Lisa, and a proud day for all of us at the company,” said Richard D. Fain, Chairman and CEO of Royal Caribbean Cruises Ltd.

Celebrity Cruises has taken a bold step in ship design with the signing of a letter of intent for a new class of vessels, Royal Caribbean Cruises Ltd. and French shipbuilder STX France announced today. The two 2,900-guest, 117,000-gross-registered-ton ships, developed under the project name EDGE will build upon the modern luxury experience of the brand’s Millennium and Solstice Class vessels. At 984 feet long, 123 feet wide and 190 feet high, Project EDGE will deliver small ship itineraries with large ship amenities, a perfect vacation experience in step with today’s premium vacationer.

Quantum of the Seas Delivered to Royal Caribbean 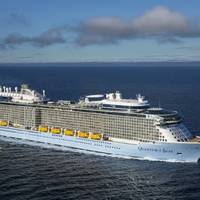 Royal Caribbean International took delivery today of the newest addition to the cruise line’s fleet, Quantum of the Seas, from Meyer Werft Yard, at an official signing ceremony in Bremerhaven, Germany attended by Royal Caribbean Cruises Ltd.’s Chairman and CEO Richard D. Fain and Meyer Werft Yard’s Managing Partner Bernard Meyer. With Captain Srecko “Felix” Ban at the helm, the ship will begin her journey today to Southampton, U.K., where she will welcome her first guests on November 2, for a trans-Atlantic voyage to her home port of Cape Liberty Cruise Port, Bayonne, New Jersey.

Smart-Ship 'Quantum of the Seas' Readies

Tech-savvy modern travelers will be wowed by Royal Caribbean International's newest ship, 'Quantum of the Seas', which incorporates unprecedented levels of technology to amp up the vacation experience, say owners Royal Caribbean Cruises Ltd. A brand new venue onboard Quantum of the Seas, 'Bionic Bar', is set to make waves with robots at center stage. Guests place orders via tablets and then have fun watching robotic bartenders hard at work mixing cocktails. Boatloads of bandwidth keep guests connected says the cruise line…

Announcement Made as STX France Lays Keel for Third Oasis-Class Ship. Royal Caribbean Cruises Ltd. announced today that it has agreed with STX France to move forward on the order of a fourth Oasis-class ship for delivery in 2018. Royal Caribbean Cruises Ltd.’s Chairman and Chief Executive Officer Richard D. Fain and President and Chief Operating Officer Adam Goldstein, along with STX France Chief Executive Officer Laurent Castaing, announced the planned ship order at the keel-laying ceremony for the third Oasis-class ship at the STX shipyard in Saint-Nazaire, France. 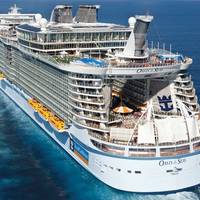 Royal Caribbean International (RCI) cut the first piece of steel for its third Oasis-class ship, at the STX France Shipyard in Saint Nazarre, marking the first step in the construction of a vessel that, at approximately 227,700 GRT, they say will be the world’s largest cruise ship. Chairman and Chief Executive Officer, Richard D. Fain and Royal Caribbean International President and CEO, Adam Goldstein together with Laurent Castaing, chief executive officer, STX France, attended the event at the STX shipyard in Saint-Nazaire, France, where the ship will be built. 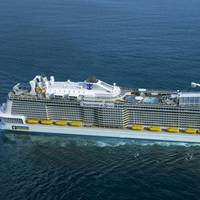 Royal Caribbean Cruises contracts for a third Quantum-class cruise ship to be constructed in the Meyer Werft shipyard. The delivery is for mid-2016 and the price and terms of the new ship are similar to the price and terms of the first two Quantum-class ships, subject to financing conditions. "We are excited to construct these tremendous ships to meet guests' demand for an exceptional cruise experience," said Bernard Meyer, managing partner Meyer Werft. Including this contract and existing ship orders… 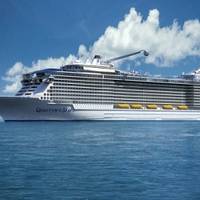 Royal Caribbean International unveiled first details of its next generation of cruise vacations – Quantum cruising. The details were unveiled by stage, television and film star, Kristin Chenoweth – Godmother of Quantum of the Seas – at an exclusive event for media and special guests in New York City. The Quantum class of ships will introduce a skydiving experience that transports guests more than 300 feet in the air; transformative venues including the largest indoor sports and entertainment complex at sea with bumper cars… 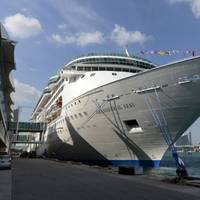 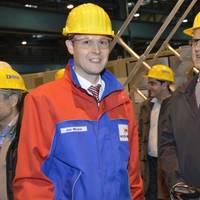 Cruise Line Celebrates Project Sunshine milestone, Steel Cutting and Reveals Names of Newest Ships. Royal Caribbean International took a major step this week in the development of the cruise line’s next generation of cruise ships when the first piece of steel was cut for the first of two Project Sunshine ships. The steel cutting took place at the Meyer Werft shipyard in Papenburg, Germany, where the two ships will be built. To celebrate the milestone, Royal Caribbean announced the names of the two new ships – Quantum of the Seas… 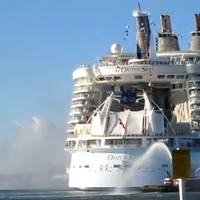 Royal Caribbean International chooses STX France to build its third 'Oasis- class' ship. This, the third ship of the Oasis- class, is due for delivery in mid-2016, and an option for a second ship due in mid-2018 is also provided for in the contract. "The Oasis of the Seas and Allure of the Seas have fundamentally transformed the cruise experience for our guests," said Richard D. Fain, chairman and chief executive officer of Royal Caribbean Cruises Ltd. "These ships have consistently generated outstanding guest satisfaction ratings and continue to produce superior financial results.