The heavy transport vessel operator Offshore Heavy Transport (OHT) has secured a contract from DEME Offshore to transport foundations for the 950MW Moray East wind farm off Scotland.The contract includes transportation of 48 jackets from Lamprell fabrication yard, UAE to the Port of Nigg in the Scottish Highlands.OHT will dedicate three of their largest open deck semi-submersible heavy transportation vessels to the project. The three-legged jackets, averaging more than 1,000 tonnes each… 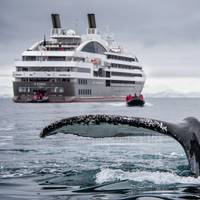 PONANT Yacht Cruises & Expeditions has appointed GAC UK as its agent for all United Kingdom and Ireland port calls in 2016. PONANT’s 142m and 132 cabin megayachts Le Boréal and L’Austral will cruise around the British Isles and Ireland, including the Scilly Isles, Shetlands, Dublin, Liverpool and Scottish Highlands in May and June next year. Fergus Poole, GAC UK’s newly appointed Cruise Manager, said the high prestige business is a boost to GAC’s growing cruise operations in and around the UK and Ireland.

Caledonian Maritime Assets Limited (CMAL) has announced that Lloyds Banking Group plc (LBG) are to provide financing for a replacement vessel for the Stornoway to Ullapool route and has named Flensburger Schiffbau-Gesellschaft MBH & Co. KG (FSG), Germany as the preferred shipyard for the detailed design and construction of the vessel. The new 116m Roll On Roll Off vehicle passenger ferry will be capable of operating 24 hours a day and will have a capacity for up to 700 passengers, and 143 cars or 20 commercial vehicles. The new vessel is scheduled for delivery in June 2014 and will go into service shortly thereafter. 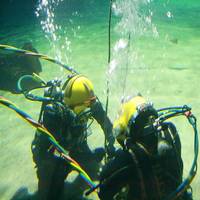 Half of ROV class find employment within a week of completing training. A subsea training centre has reported an increase in employment of their students, with 50% of one class being employed within a week of graduating. The Underwater Center, Fort William saw half of a recent ROV class employed by leading providers of subsea services to the oil and gas industry, DOF Subsea, following the company’s attendance at an open day at the Center. A DOF Subsea representative attended the… 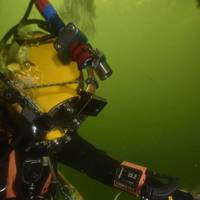 Scottish subsea testing and training facility is preferred choice for multi-national companies. A multi-national offshore technology company has chosen a leading subsea testing and training facility in Scotland to test and photograph its latest product, which was launched earlier this week. Cygnus Instruments decided to use subsea trials and training centre, The Underwater Centre, based in Fort William, to test their new metal thickness meter because of its unique replication of offshore facilities that are not available elsewhere. 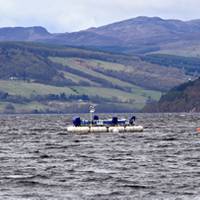 Scottish marine energy technology developer, AWS Ocean Energy, has started testing its new wave energy device in Loch Ness in the Scottish Highlands. The Inverness based company has deployed a 1/9th scale of its AWS-III device, a ring-shaped multi-cell surface-floating wave power system, the result of almost two years of intensive research and development work. AWS Ocean Energy is aiming to deploy a full-system prototype AWS-III during 2012 and a pre-commercial demonstrator plant during 2013.