The deep water port on the shore of the Pearl river (aka Zhujiang River), in the Nansha District in the Southern China, Port of Nansha doubled direct connection with North Europe and West Africa.The first navigation ceremony was held at the dock site on  July 28, as the first sailing of Elly Maersk in port of Nansha marked a new upgrade of AE7/CONDOR of 2M alliance from Asia to Europe.On this service 2M alliance deploy 12 vessels of 14 to 18 thousand TEU, calling Nansha on every Sunday.

Singapore-based vessel owner and operator Berge Bulk has received the 300,000 DWT bulk carrier Berge Logan, which was built at China’s Guangzhou Shipyard International (GSI).The 327-meter-long  very large ore carrier (VLOC) is the largest bulk carrier in terms of deadweight to be built in Southern China.Sailing under the flag of Isle of Man, she will make her maiden voyage to Brazil, said a press release.Very similar in design to Berge K2, Berge Makalu and Berge Annapurna, she is equipped with energy-efficient initiatives – such as a super-efficient tuned main engine… 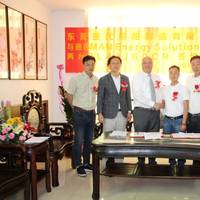 MAN Energy Solutions won the order to supply the engine for a new dredger in southern China. The MAN 9L48/60CR unit will power the newbuilding vessel currently under construction at Dongguan Xiandai Shipbuilding Co. for sister company, Dongguan Rundong Shipping Co., Ltd., which will produce sand for the local construction industry.The four-stroke 9L48/60CR engine is rated at 9,720 kW @ 514 rpm and features MAN Energy Solutions’ exhaust-gas turbocharging and two-stage charge-air cooling. It is designed for heavy-duty operation – even with fuel qualities down to HFO-700 cSt / 50°C. 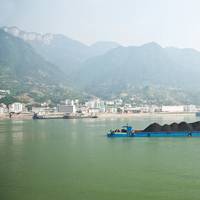 China's coal imports dropped sharply in August from the month before, customs data showed on Friday, after cooler weather crimped demand from utilities and as a typhoon disrupted supply.Total arrivals last month fell 12 percent from August to the lowest since May at 25.14 million tonnes, data from the General Administration of Customs showed. 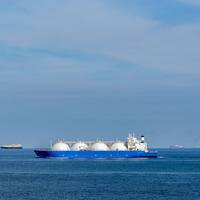 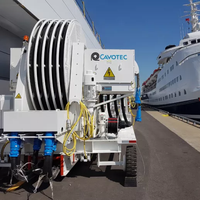 A battery-powered AMPMobile unit connects a ship to shore power at Shenzhen cruise terminal. As ports, shipping lines, and authorities in China strive to reduce emissions from shipping, our innovative shore power technologies are playing a key role in delivering substantive change. As highlighted in a recent Cruise Industry News report, China could ultimately be the world’s largest cruise market. The development of cruise berths at Chinese ports continues at a rapid pace. With a view to mitigating environmental impact… 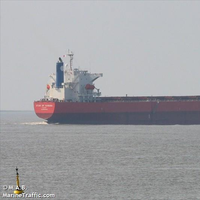 Three ships carrying livestock feed grain, sorghum, from the U.S. to China switched their destinations on Thursday to Japan and South Korea, according to Thomson Reuters Eikon ship tracking data, after Beijing hit imports with hefty anti-dumping deposits.The cargoes are among roughly two dozen bought by China but left stranded after Beijing announced last month it would hit U.S. imports with a 178.6 percent deposit on the value of sorghum shipments. The move was part of an anti-dumping probe by China as trade tensions with the U.S.

A vessel carrying 58,503 tonnes of sorghum from the United States switched its destination from China to South Korea early on Thursday, according to Thomson Reuters Eikon ship tracking data. The Peak Pegasus loaded U.S. sorghum from trader ADM's Corpus Christi grain elevator in Texas and departed on April 3 for Nansha in southern China, according to U.S. Department of Agriculture data. It is now due to arrive in Gunsan in South Korea on May 10, according to the data. The cargo is one of almost two dozen bought by China but now stranded after Beijing said it would impose a hefty deposit on U.S. 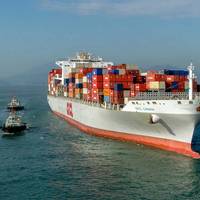 Port handles 60 mln tonnes/year of foreign and domestic seaborne coal. Guangzhou port, the largest coal transport hub in southern China, has halted foreign coal imports, according to traders who use the port and said they had been informed of the shutdown by customs authorities and senior company officials. Traders said the move caught merchants using Guangzhou by surprise and interpreted it as a sign of Beijing stepping up its campaign to cut pollution caused by the burning of coal.

Cosco Shipping Energy Transportation (CSET) has announced that the board has approved it subsidiary, Shenzhen Cosco LPG Shipping, to join the bidding for a second hand LPG vessel. Shenzhen Cosco LPG  is the energy shipping unit of Chinese shipping conglomerate China Cosco Shipping. The price quoted for the LPG tanker would be $ 5.21mln. The LPG carrier is the China-flagged, 2011-built Hua Nan 3 of 3,218-dwt in capacity and classed by China Classification Society (CCS). It is owned by Shenzhen Southern China LPG. CSET operates through Oil Shipment and Dry Bulk Shipment segments.

Sino-Global Shipping America, a non-asset based global shipping and freight logistic integrated solution provider,  has announced the signing of an Inland Transportation Agreement  with COSCO Beijing International Freight Co in which COSFRE Beijing will utilize the Company's full-service logistics platform to arrange for the transport of its container shipments into US ports. In addition to the Agreement with COSCO Beijing, the Company has entered into a Strategic Cooperation Framework Agreement with Sinotrans Guangxi, a subsidiary of Sinotrans Limited.

An oil tanker carrying 3,400 tonnes of naphtha exploded during discharge at a southern Chinese port on Thursday and one person on board was missing, official Xinhua news agency reported. The rescue team said explosions occurred in the engine room as the tanker was discharging at Dongfang port in China's southernmost island province of Hainan. Reporting by Chen Aizhu

Phaethon International has chartered a panamax bulk carrier Which is owned by the Greek shipping Diana Shipping on for up to eight months with a daily rate of US $ 5,250, according to the Baltic Exchange data. Coronis (74,381 dwt, built 2006) will deliver to the charterer in Donguan in southern China between May 25-30 and may be redelivered up to a maximum of February 18, 2017. The daily rate is a 24% discount on what Coronis was earning during its previous employment with Sandgate Maritime.

Leading global ocean transport operator, serving the breakbulk, heavy lift and project cargo industry AAL is set to strengthen its growing presence in the China region, with the appointment of specialist project and steel cargo freight forwarder Central Oceans, as Commercial Agent for Hong Kong and South China. Wolfgang Harms, Deputy Managing Director of AAL commented, "Central Oceans took the decision a decade ago to specialise in this very tough sector and has been at the forefront in terms of service quality and reliability ever since.

S. Korea’s Pan Ocean Co. is expected to see its earnings improve amid rising Baltic Dry Index (BDI) that affects spot contracts accounting for more than half of the South Korean bulk carrier’s total shipping contracts, reports the Pulse. It has also resumed container services in Southeast Asia for the first time since it exited receivership in early 2015. Pan Ocean’s resumption of services came via a slot-sharing agreement with Hanjin Shipping to share space on Hanjin’s Korea Haiphong Express service.

The SENER engineering and technology Group has signed a contract with the company Hin Lee Shipyard Co., Ltd. in Zhuhai, China, for the implementation of the shipbuilding CAD/CAM System FORAN, developed by SENER. After the evaluation of different ship design CAD/CAM systems, the shipyard has finally selected FORAN because its excellent functionalities, which cover all design stages from conceptual design to production design. The scope of the contract includes the installation of the FORAN System… 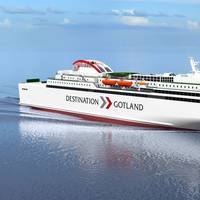 Nutrient removal in membrane bioreactor wastewater treatment systems is the future. Rederi AB Gotland acts now for both savings and the sake of our seas. Rederi AB Gotland, Sweden’s oldest passenger shipping company, has chosen Evac products to equip its new LNG-fueled passenger and cargo vessels which will ply Baltic Sea routes. Each vessel will carry approximately 1,700 passengers and crew. And since the Baltic Sea is classified as a Special Area (SA), the new vessels will also carry the most state of the art nutrient removal system. 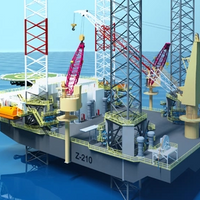 Zentech Incorporated of Houston, Texas, USA signed contracts with CSSC Huangpu Wenchong Shipbuilding Company Limited for the construction of (2) Z-210 Mobile Offshore Units. These contracts were finalized based on the Letter of Intent received by CSSC Huangpu Wenchong Shipyard on September 23,2015. The Z-210 is a self-propelled, self-elevating, DP-2 capable, ABS Class, high temperature (55 deg Celsius) rated 4-legged mobile offshore unit capable of operating in water depths of up to 280 feet.

The Port of Halifax, Nova Scotia, may be getting a new lease on life with the arrival on August 3 of the CMA CGM Vivaldi at Halterm International Container Terminal. The 8478-TEU, 334-metre long Vivaldi is the largest container vessel to berth at Halterm and on Canada’s East Coast. Up till now, the biggest container vessels calling at Halifax were in the 7500-TEU range. CMA CGM Vivaldi docked with a cargo of containers from China, Vietnam and Malaysia for import into Canada and outbound containers for the ship’s next ports of call — New York, Norfolk and Savannah. 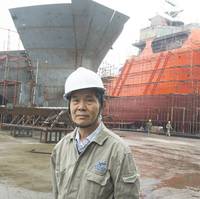 While much of the focus on coverage of the Chinese shipbuilding industry is on big shipbuilding, Maritime Reporter switches gears this month to explore activities in select boatbuilding sectors. The Damen boatbuilding name is ubiquitous around the world, and China is certainly no exeception. The Damen Yichang Shipyard in China started ops in 1999 as a JV between Damen Shipyards Group and Sinotrans CSC, focused on building cargo vessels from the Dutch company’s portfolio. Recently Damen said it intends to broaden the market audience courtesy of an increased portfolio of vessels from the yard…