Shiosai, a bulk carrier operated by NYK Bulkship (Atlantic) NV., rescued a distressed yachtsman on October 23 (local time) off the coast of Western Australia.While Shiosai was navigating in the southern Indian Ocean, the vessel received a call from the Joint Rescue Coordination Centre (JRCC) of Australia to cooperate with a search and rescue operation for a distressed yacht.The ship immediately headed to the instructed area, and in bad weather and heavy swells rescued a man in… 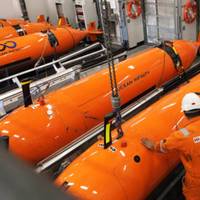 Malaysia signed a deal on Wednesday to pay a U.S. seabed exploration firm up to $70 million if it finds the missing Malaysia Airlines aircraft MH370 within 90 days of embarking on a new search in the Southern Indian ocean. The disappearance of the aircraft en route from Kuala Lumpur to Beijing in March 2014 with 239 people aboard ranks among the world’s greatest aviation mysteries. Australia, China and Malaysia ended a fruitless A$200-million ($157 million) search of a 120,000 sq. 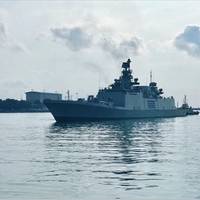 In pursuance of India’s ‘Act East’ policy, Eastern Fleet ships INS Satpura and Kadmatt are on a 4-day port visit to Singapore from 14 September 17. During the stay in harbour, various activities such as official calls, formal reception on board ships, ships open to visitors, guided tours for Indian naval personnel and professional interaction between naval personnel of both the nations have been planned. With a joint aim to ensure seamless Maritime Domain Awareness (MDA) through optimal utilisation of limited resources at sea…

Indian Naval Ship Sahyadri has visited Papua New Guinea on its four-day overseas deployment to the Southeast Asia and Southern Indian Ocean aimed to strengthen existing bonds between the two countries. The ship would be on a port visit to Moresby from 12 June  to 15 June 2017. The visit of the Indian Naval Ships seeks to underscore India’s peaceful presence and solidarity with friendly and harmonious countries towards ensuring good order in the maritime domain and to strengthen existing bonds between Papua New Guinea and India.

Indian Naval Ships Shivalik and Jyoti are on an overseas deployment to the South East Asia and Southern Indian Ocean, in pursuance of India’s ‘Act East Policy’. The ships would be on a port visit to Kuantan from 14 May  to 19 May , 2017. The visit of the Indian Naval Ships seeks to underscore India’s peaceful presence and solidarity with friendly and harmonious countries towards ensuring good order in the maritime domain and to strengthen existing bonds between India and Malaysia. The two countries share a rich history and a strategic relationship.

Indian Naval Ships Shivalik, Sahyadri, Jyoti and Kamorta of the Eastern Fleet manouvering in the Andaman Sea. The task force is on a routine deployment to Malacca Strait, the Java Sea, Flores Sea, the Arafura Sea and Southern Indian Ocean under the command of Rear Admiral Biswajit Dasgupta, YSM, VSM, the Flag Officer Commanding Eastern Fleet. During the course of the deployment, as part of the ‘Act East Policy’, the ships would make port calls at Singapore, Kuantan (Malaysia), Jakarta and Surabaya (Indonesia), Port Moresby (Papua New Guinea) and Fremantle (Australia).

Rising levels of CO2 are making it hard for fish to breathe in addition to exacerbating global warming and ocean acidification. Climate change has caused a drop in the amount of oxygen dissolved in the oceans in some parts of the world, and those effects should become evident across large parts of the ocean between 2030 and 2040, according to a new study led by researchers at the National Center for Atmospheric Research (NCAR) in Boulder, Colorado. The oceans receive their oxygen supply from the surface via the atmosphere or from phytoplankton…

International law firm Ince & Co has announced that it has advised Fugro on a sale and lease back agreement with ICON Investments regarding two of its geotechnical drill ships Fugro Scout and Fugro Voyager. ICON financed the acquisition of the vessels by loan facilities from a syndicate of lending banks led by Coöperatieve Centrale Raiffeisen-Boerenleenbank B.A. Dutch stock exchange listed offshore operator Fugro is the world’s largest integrator of geotechnical, survey, subsea and geosciences services. Fugro is playing a key role in the search for the missing Malaysia Airlines flight MH370 in the Southern Indian Ocean. They are a longstanding client of Ince & Co’s energy department.

Fugro is providing an additional vessel, the Havila Harmony, to join the search for the missing flight MH370 in the southern Indian Ocean. From the 93-metre multi-role vessel, Fugro will deploy the Echo Surveyor VII autonomous underwater vehicle (AUV). Havila Harmony is under long-term charter to Fugro and has excellent sea-keeping capabilities, providing a stable platform for operations in a wide range of weather conditions. Echo Surveyor VII was used earlier this year in search operations…

Malaysia confirmed early on Thursday that a piece of a wing washed up on an Indian Ocean island beach last week was from Malaysian Airlines flight MH370, the first trace of the plane found since it vanished last year with 239 people on board. "Today, 515 days since the plane disappeared, it is with a heavy heart that I must tell you that an international team of experts have conclusively confirmed that the aircraft debris found on Reunion Island is indeed from MH370," Prime Minister Najib Razak said in an early morning televised address. "I would like to assure all those affected by this tragedy that the government of Malaysia is committed to do everything within our means to find out the truth of what happened," Najib said. 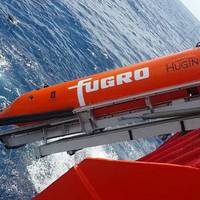 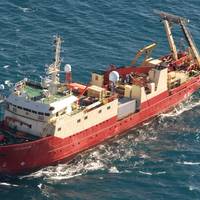 An additional Fugro vessel has been commissioned to carry out underwater search activities for missing Malaysia Airlines flight MH370, the company announced. Multipurpose offshore survey vessel Fugro Supporter is on its way to the Southern Indian Ocean search area, having conducted trials in Bali. The vessel is equipped with a Kongsberg HUGIN 4500 autonomous underwater vehicle (AUV) which will be used to scan those portions of the search area that cannot be searched effectively by the equipment on other vessels.

After months of preparation, HMAS Success departed Garden Island in Sydney today for a six-month deployment to the Middle East Region to provide logistic support for coalition forces as part of Operation MANITOU. Senator the Hon Concetta Fierravanti-Wells, representing the Minister for Defence, and Commander Australian Fleet, Rear Admiral Stuart Mayer, CSC and Bar, RAN, joined family and friends on the wharf to farewell the ship, which will spend Christmas on operations. Commanding Officer Success…

Defense force personnel from Australia are in China for Exercise Cooperation Spirit 2014 which begins today. The exercise aims to enhance coordination and cooperation between Australia, China and New Zealand in responding to unforeseen disasters that occur in the Asia-Pacific. This year the exercise is focusing on a maritime search and rescue response involving the Australian Defense Force, the Chinese People’s Liberation Army and the New Zealand Defense Force. Captain Michael Harris (Royal Australian Navy), Commander of the Australian Contingent, said exercise Cooperation Spirit will enable Australia, China and New Zealand to enhance their ability to work closely together. 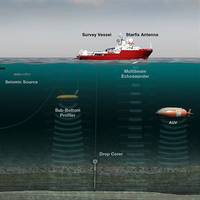 Vesper Marine, a manufacturer of marine safety products and virtual Aids to Navigation (ATON), announced that its Virtual AIS Beacons are employed in the search for lost Malaysian airliner MH370 in the southern Indian Ocean. The international search team is a closely coordinated effort between United States-based Phoenix International, Dutch engineering company Fugro and the governments of Australia and Malaysia. After an exhaustive period of mapping the ocean floor, the on-the-water search is focused on an area of ocean roughly twice the size of Massachusetts. 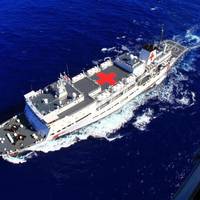 Two Australian Defense Force (ADF) medical officers have joined the Peoples’ Liberation Army (PLA) - Navy hospital ship Peace Ark on its medical assistance mission currently under way in the South Pacific. The deployment results from an invitation from the Vice Chairman of the Central Military Commission of the Peoples’ Republic of China, General Fan Changlong, during his visit to Australia in July this year. From August 31 to September 11, the ADF medical officers will work closely…

Fugro Warns of Disappointing First Half

Dutch marine services company Fugro NV has warned that weakness in the oil and gas industry, combined with technical difficulties, meant its results for the first half would fall short of expectations, hammering its shares. Fugro, involved in the search for Malaysia Airlines' missing flight MH370, said it would make a one-off writedown of up to 350 million euros ($477.4 million) as a result of slowing growth in capital spending in the oil and gas industry, which accounts for three quarters of group revenue. It said it would report a "low single-digit" margin, on the basis of earnings before interest and tax (EBIT), for the first six months of the year, but strong growth in the second half would partly compensate for the setback. The full-year margin will still be down on last year.

Australia, Malaysia and China have decided to extend the search area in the southern Indian Ocean, which represents the highest priority for future search efforts for missing Malaysia Airlines flight MH370, informs Australia’s JACC. An expert satellite working group has reviewed all existing information in order to define a search zone of up to 60,000 square kilometers along the arc in the southern Indian Ocean. Deputy Prime Minister and Minister for Infrastructure and Regional…

Australia’s Joint Agency Coordination Centre informs that no signs of aircraft debris have been found by the Autonomous Underwater Vehicle 'Bluefin-21' since it joined the search effort. The Australian Transport Safety Bureau (ATSB) has advised that the search in the vicinity of the acoustic detections can now be considered complete and in its professional judgement, the area can now be discounted as the final resting place of MH370. acquiring the specialist services required for a comprehensive search of the sea floor in that area.