Russia's state-owned tanker carrier Sovcomflot (SCF Group) reported improvements on both the top and bottom line in the third quarter benefiting from a stronger tanker market.The energy shipping company posted a net profit of  $26m as revenue increased in the third quarter.Sergey Frank, Chairman of the Board of Directors of PAO Sovcomflot, said: “We are satisfied with the Group’s performance over the third quarter. Sovcomflot steadily follows through on its strategy of increasing the share of large-scale industrial shipping projects in its portfolio."He added: "During the reporting period… 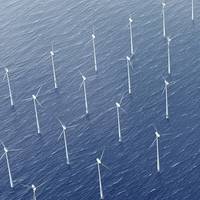 Mitsui O.S.K. Lines and Mitsui & Co have participated in a long-term charter business  operated by MODEC for the purpose of providing a floating production, storage, and offloading system (FPSO) for use in the Area 1 block offshore Mexico and a loan agreement for the Project was entered into on April 12, 2019.Mitsui and MOL invested in Area1 Mexico MV34 B.V. ("MV34"), a Dutch company established by MODEC, which will engage in FPSO leasing, operations and maintenance services.In December 2018, MV34 concluded the charter agreement with Eni Mexico S. de R.L. de C.V.

Royal Bank of Scotland has put its portfolio of Turkish shipping loans up for sale, in the latest move by the state-backed bank to exit this troubled sector and cut overall losses through asset sales, two sources told Reuters. RBS, which has not made an annual profit since 2007, is restructuring under chief executive Ross McEwan and is looking to offload its entire shipping loans business to shore up its capital and avoid more losses on distressed debt. The sources, who declined to be identified, told Reuters the bank was looking to sell between $200 million to $500 million worth of Turkish-related shipping loans. RBS, which reported 2.05 billion pounds ($2.66 billion) of losses for the first half of 2016, declined to comment.

Mitsui O.S.K. Lines, Ltd. today announced that the company has received the highest rating for SMBC Sustainability Assessment Loans from Sumitomo Mitsui Banking Corporation. The loan program evaluates corporate actions such as disclosure of environmental, social, and corporate governance (ESG) information and initiatives on sustainability, based on unique assessment criteria developed by Sumitomo Mitsui Banking Corporation and Japan Research Institute, Limited, and sets loan conditions based on the results the evaluation.

The European Investment Bank (EIB) has agreed to provide EUR 165 million (187.5m) to support the construction of a new sea lock at IJmuiden, the principal access to the Dutch Port of Amsterdam. The current Noordersluis lock was built in 1929 and the new larger lock will ensure that the next generation of bulk carriers, container ships and cruise ships can continue to access the Port of Amsterdam and the North Sea Canal, and is expected to reduce waiting time for ships. The new sea lock will be 500 meters long, 70 meters wide and 18 meters deep, and able to operate in all tides.

Indonesia Port Corporations (IPC) or PT Pelabuhan Indonesia (Pelindo) II, Indonesia’s state-owned port operator is to build 22 ports in the country in the next five years for an anticipated cost of around $3.5 billion. “We are targeting to build 22 ports from Belawan to Sorong within five years,” Pelindo II chief executive Richard Joost Lino said. The Indonesian port projects are to be financed by cash and loans and once completed each will have a capacity of 2.5 million TEUs.

Gazprom and Sovcomflot named the new state-of-the-art 170,000m³ liquefied natural gas carrier (LNGC) Pskov, after one of the oldest Russian cities. The ship will be chartered to Gazprom Global LNG (GGLNG) under a long-term contract. The LNGC Pskov is the second vessel in a series of high-specification, ice class Atlanticmax LNG carriers that have been specially designed in accordance with Gazprom’s requirements, and will support Gazprom’s global commercial operations in the gas markets. The first LNGC, Velikiy Novgorod, was delivered and entered service in January of this year. The naming ceremony took place at the STX shipyard, South Korea.

Mitsui O.S.K. Lines, Ltd. (MOL) announced that the company determined the terms and conditions for the issuance of its 13th series of unsecured bonds (with inter-bond pari passu clause) on December 11, 2009, and completed the issuance and payment on December 17. When raising funds to bolster business activities, MOL has been focusing on stability of fund procurement and cost competitiveness. Additionally, considering unpredictable financial market conditions since the “Lehman Shock” in 2008, the company has carried forward diversification of procurement methods and lengthening and diversification of procurement period. Based on this policy…

Seaspan Corporation has entered into a credit agreement for a term loan facility in the amount of $235.3m to finance the acquisition of two of its previously acquired 13100 TEU vessels. The facility has been fully underwritten by Sumitomo Mitsui Banking Corporation at a weighted average rate of 0.70% over LIBOR. Since January of 2007, Seaspan has raised more than $2.2b of debt at a weighted average margin of less than 0.60% in support of its strong growth initiatives.