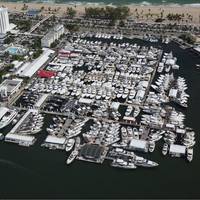 Brunswick Corporation has announced that its Sea Ray, Boston Whaler and Mercury Marine brands have set multiple records during the 2019 Ft. Lauderdale International Boat Show. Sea Ray, which launched an all-new 320 Sundancer Coupe at Ft. Lauderdale, saw a massive 80 percent increase in show sales from a year ago, demonstrating the success of its reinvention strategy. Boston Whaler continues to benefit from significant year-over-year sales growth in September and October, leading to a very successful Ft.

Finland's Konecranes, which specialises in the manufacture and service of cranes and lifting equipment for the ports and terminal industry, has announced the launch of three new lifting products that refresh its portfolio.The additions to their portfolio include the innovative new S-series, which uses a synthetic rope to delivers enhanced lifting performance and longer-lasting use. S- and M-series cranes will offer real-time data and insight via the yourKONECRANES customer portal… 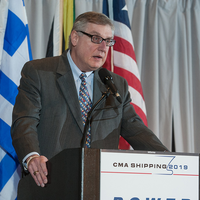 ABS Chairman, President and CEO Christopher J. Wiernicki spoke about the important role of the U.S. continuing to shape the future of global maritime energy, safety and sustainability during a keynote address at the opening session of the CMA Shipping 2019 Conference.“The U.S. energy landscape has been and will continue to be shaped by a relentless focus on improving technology and safety. When we speak about shaping the future of maritime energy use, we are really speaking about technology and safety driving energy leadership,” Wiernicki told attendees. 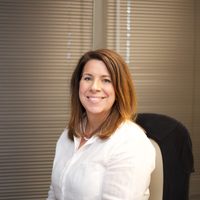 Laura Martin, VP of Sales & Client Relations at MarineCFO, has earned her certification as a SubChapterM and ISM Lead Auditor.“MarineCFO is committed to the inland and offshore maritime marketplace”, said Laura Martin. ”We feel it’s important to not only understand the needs of the vessel operators but also to put ourselves in the shoes of the safety inspectors and auditors who serve them so we can better understand how to provide products that contribute to the safety of our customers and prospective customers.”Through a week-long course led by Decatur Marine… In a continuing effort to raise awareness and promote good cyber hygiene in the maritime industry, MarineCFO will release an actionable set of checklists to fleets running the Vessel 365 platform. The checklists are designed to engender cybersecurity into the psyche of mariners, DPAs, TPOs, inspectors, as well as shoreside personnel. They offer a concise but simple way for mariners to undergo cyber training, record those events, memorialize lessons learned, perform cyber drills and improve the physical and digital security of the vessel. 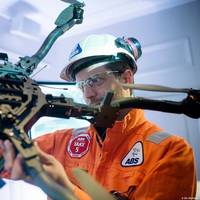 ABS announced three senior management appointments as part of the organization’s digital class strategy. “As our markets are increasingly shaped by digital technology, ABS is setting the pace in digital innovation,” said ABS Chairman, President and CEO Christopher J. Wiernicki. “As part of our digital class journey, our entire organization is focused on digital developments and opportunities. Howard Fireman, previously the organization’s chief technology officer, will take on… 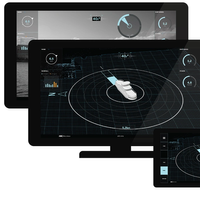 ABB has unveiled a new situational awareness solution that aims to make vessel operations safer and more efficient. The solution can be used by officers anywhere onboard a ship and marks the next step towards remotely controlled and ultimately autonomous ships. ABB Ability Marine Pilot Vision takes advantage of the latest advances in sensor technology and computer vision to offer multiple real-time visualizations of a vessel’s surroundings and new ways of perceiving its situation. 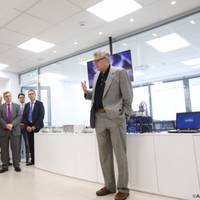 Classification society ABS unveiled its Global Ship Systems Center and announced the formation of its Hellenic Technical Committee in Athens. “This cutting-edge facility brings together industry-recognized technical leaders to support clients throughout the entire lifecycle of their assets,” said ABS Chairman, President and CEO Christopher J. Wiernicki. Through a systems-based approach, the Global Ship Systems Center addresses the increasing complexity of mechanical and cyber-enabled systems onboard vessels. 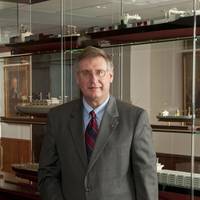 ABS, a provider of classification and technical services to the marine and offshore industries, held its annual Hellenic National Committee meeting in Athens, Greece in June. “As the recognized classification leader in Greece, we bring together the best and brightest industry leaders for transparent, robust and engaging conversation related to key industry issues,” said ABS Chairman, President and CEO Christopher J. Wiernicki. The committee meeting provides a forum for ABS Members…

Since 2004, well construction costs in the UK Continental Shelf (UKCS) have doubled, directly impacting drilling activity which is currently at an all-time low. However, collective industry efforts are already focusing in on how a reduction in core drilling costs of 50 per cent could potentially unlock around five billion boe of known reserves over the next decade. The significant work the industry is doing through the Technology Leadership Board (TLB) to address the well cost reduction challenge…

ABB has appointed Guido Jouret as Chief Digital Officer, reporting to ABB’s CEO Ulrich Spiesshofer, effective October 1, 2016. Jouret, a pioneer of the Internet of Things, will lead the next level of development and deployment of ABB’s digital solutions for customers globally and across all businesses. Jouret is a citizen of both the United States and Belgium, with long experience in Silicon Valley. He served for 20 years at Cisco after obtaining a PhD in Computer Science. His most recent role at Cisco was as General Manager of the Internet of Things division, which aims to connect billions of devices to the internet across a wide range of industries. Drew Marine, a provider of technical solutions and services for the maritime, defense and aviation industries, announced its acquisition of NAL Research Corporation, a designer and manufacturer of Iridium tracking and communications equipment. The financial terms of the acquisition were not released. NAL Research will team up with ACR Electronics, Inc., a brand of Drew Marine known as a leader in safety and survival technologies. The acquisition allows Drew Marine to expand its footprint into the Iridium tracking and communication product offering. NAL brings an experienced research and development team that specializes in Iridium satellite modems and tracking terminals from design through integration for the defense, research and commercial sectors.

Volvo Penta of the Americas today announced the appointment of Western Branch Diesel as an authorized marine Power Center. The company will be responsible for sales and service of Volvo Penta marine engines in Virginia, West Virginia and Ohio. Founded in 1946, Western Branch Diesel is headquartered in Portsmouth, Va., just a few miles from Volvo Penta’s headquarters in Chesapeake, Va. The company has facilities in 10 locations in five states, with more than 280 employees, including over 150 technicians.

ABS' Wiernicki: The Head of Class 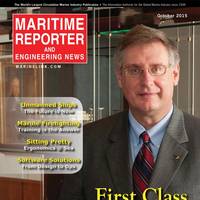 The Head of Class: Christopher J. The global maritime industry faces myriad challenges in the ongoing quest to run safe, profitable operations in an oftentimes tumultuous environment. More than ever vessel owners are faced with daunting regulatory and technical challenges, and the world’s leading classification societies remain the foundation upon which successful marine operations are built. Last month we visited with Christopher J. Wiernicki, the head of ABS and the newly elected head of the International Association of Classification Societies (IACS), for insight and analysis. 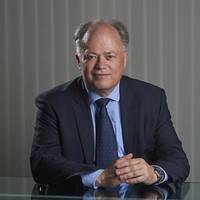 Kjeld Dittmann, the Managing Director of Lyngsø Marine A/S, is the new Chairman of the European Ships and Maritime Equipment Association (SEA Europe). He succeeds Govert Hamers, CEO of Vanderlande Industries in the Netherlands, who has completed his term as Chairman. The announcement was made at the SEA Europe Annual General Meeting in Istanbul on June 26 hosted by the Turkish Association of Ship Industrialists (full member of SEA Europe). “SEA Europe has established a strong voice in Brussels for both Europe’s shipyards and equipment suppliers…

The Applied Technology Group (ATG) describes is a team established with the goal of providing expanding technology leadership capabilities, multidisciplinary consulting services, the development of engineering analysis software and specialized contract research services in Canada and globally across the Lloyd’s Register (LR) Group. The Lloyd’s Register Applied Technology Group consists of 50 people in two locations in Canada, - Halifax, Nova Scotia and in Ottawa. •Public Safety: The development and application of explosive modeling and structural response analysis to protect soldiers, civilians and critical assets. •Survivability: Supporting the safe and effective operations of complex integrated marine assets throughout their operational profile. 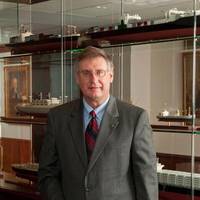 During the recent CMA Shipping 2015 conference in Stamford, Connecticut, ABS Chairman and CEO Christopher J. Wiernicki provided the conference's keynote address to set the agenda for discussion over the following two days. CMA Shipping is an annual meeting of nearly 1,300 leaders of the maritime industry from around the world, the largest gathering of maritime executives in North America. Wiernicki gave the attendees plenty to consider as he laid out his vision for how the maritime industry must embrace a new generation of technical leadership. 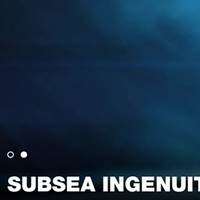 Fugro has further extended its technology leadership in the field of GNSS augmentation systems for offshore positioning applications with the launch of its G4 service. The new satellite correction service is the first to take advantage of all four GNSS (Global Navigation Satellite Systems): GPS, GLONASS, BeiDou and Galileo. GNSS augmentation services significantly improve position accuracy compared to unaided GNSS receivers, which are commonly used in the consumer sector. By using all available GNSS satellites… 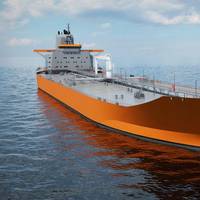 Drydocks World and Dubai Maritime City (DMC), the leading provider of services to the shipping, maritime, oil, gas & energy sector is supporting the "Green Economy for Sustainable Development" initiative launched by His Highness Sheikh Mohammed bin Rashid Al Maktoum, Vice President of UAE and Ruler of Dubai. As part of this initiative, the company has entered into Memoranda of Understanding with Wartsila and Dubai Carbon Centre of Excellence for building the world’s first LNG powered harbor tug.