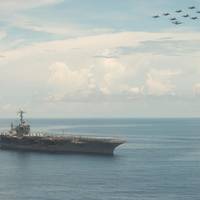 The world is closely watching several contentious flash points that have potential to ignite. The behavior and rhetoric of China and Russia regarding vital shipping lanes in international waters have been alarming. Disputed sovereignty claims and efforts to enforce them have the maritime world on edge. China’s nine-dash line claims about owning the entire East and South China Sea have created a dilemma for themselves and the other nations in the region. The Philippines v. China case with the Permanent Court of Arbitration in The Hague commenced on Jan.

Ukraine to Sue Russia Over Maritime

Ukraine plans to launch legal proceedings against Russia for violating United Nations convention with its annexation of Crimea, the Moscow Times quoted Ukraine’s Foreign Minister Pavlo Klimkin as saying. Klimkin said that Ukraine plans to file a case in international courts “relating to Russia’s violation of UN maritime law" in the waters surrounding Crimea, the Interfax news agency reported. Border guards have recorded the fact of violation of global maritime norms in Ukraine's exclusive economic zone by the Russian Federation.

Russia is expected to finish the construction of a submarine base on the Kamchatka Peninsula by the end of October. "Upgrades to the Russian Navy’s ballistic nuclear missile submarine (SSBN) base in the Pacific could be completed by October, Russian Navy chief Adm. Viktor Chirkov said," says USNI News. The improvements to the Russian Navy’s boomer base on the Kamchatka peninsula will include improvements that will allow the operation of the new Project 955 Borei-class submarines.

Imtech Marine announced on Friday that the ship’s crews will have access to PressReader as a new value-added service to its satellite communications portfolio. Starting in August, Imtech Marine customers will be able to use PressReader for access to full content of more than 2,500 newspapers and magazines in 60 languages from more than 100 countries. These can be read on PressReader via a crew member’s PC, laptop and mobile devices on board vessels. PressReader and its cross-platform app give users access to thousands of global publications with just one subscription. 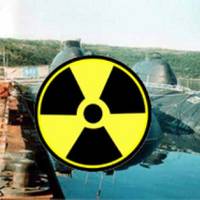 Large-scale Soviet nuclear tests, dumping of spent fuel and two scuttled nuclear-powered submarines are a major source of pollution in the Arctic ocean, reports 'The Moscow Times'. There are 17,000 containers and 19 vessels holding radioactive waste submerged in the Kara Sea, as well as 14 nuclear reactors, according to a report passed by Russia to the Norwegian authorities in 2012, says 'The Moscow Times' citing Bellona, an environmental group that acquired a copy of the document. The sinking of nuclear material and scuttling of ships used to be widespread practice.

The owner of the missing freighter 'Amurskaya' has been arrested on suspicion of negligence leading to multiple deaths. The cargo ship Amurskaya was carrying a cargo of 700 tons of gold ore when it went missing near the Shantar Islands in the Sea of Okhotsk on October 28. All nine crew members are still missing, reports the 'Moscow Times'. The unnamed manager is expected to be charged with violations of maritime safety rules leading to two or more deaths. The charges carry a sentence of up to seven years in jail. Rescuers later believed they had located the missing vessel in shallow waters near its last known location, but a diving expedition to conduct a closer inspection had to be postponed because of deteriorating weather.

According to a report in The Moscow Times, the captain of a vessel that passed by the sinking Bulgaria cruise ship without stopping to help rescue drowning passengers was fined $4,200, but avoided jail time, Interfax reported. A district court in Tatarstan ruled that Yury Tuchin failed to provide help to victims of the July disaster on the Volga River, in which 122 people died when the 55-year-old Bulgaria foundered in a storm. Tuchin, skipper of the dry cargo ship, pleaded guilty, but claimed his actions were rooted in the fear that his ship would crush the lifeboats. The prosecution reportedly sought a jail sentence of 14 months and a ban from working on ships for three years. (Source: The Moscow Times)

$9.2B Order for Russian Shipyard

According to a report on the Moscow Times (www.themoscowtimes.com) Prime Minister Vladimir Putin oversaw the signing of seven contracts totaling $9.2B between the Defense Ministry and the United Shipbuilding Corporation at the Sevmash shipyard this week. The agreements reportedly form part of the state's 4.7 trillion ruble naval overhaul program through 2020, according to the paper. The contracts will be fulfilled at Sevmash's shipyard outside of Arkhangelsk and relate to the modernization of the Yasin- and Borei-type nuclear submarines, RIA-Novosti reported. Serdyukov also signed a contract with Sevmash's director, Andrei Dyachkov, for the construction of an additional Yasin cruiser and a Project 21300 rescue vessel. (Source: Moscow Times)

According to a report from The Moscow Times, United Shipbuilding Corporation is contracted to deliver a semi-submersible drilling platform to Rosneft by Dec. 15, 2014, Rosneft said in its annual report for 2010. The price of the rig is tentatively set at $708m.   (Source: The Moscow Times)

According to a Jan. 4 report from the Moscow Times, Prime Minister Vladimir Putin announced plans for the state-run United Shipbuilding Corporation to build two major infrastructure projects with foreign partners, with investments of a combined $700m. Putin also said the government had created a $5b plan for the purchase of civilian ships and related technology in the Far East through 2020. The first infrastructure project, with Singapore’s Yantai Raffles Shipyard, will create a new shipyard to build drilling platforms in Chazhma Bay. The second is with South Korea’s Daewoo to construct a dry dock at the existing Zvezda factory in the nearby town of Bolshoi Kamen to make tankers, including for liquefied natural gas. (Source: The Moscow Times)

According to a March 10 report from The Moscow Times, Russia plans to triple orders of state ships in the next six years to $19b and build a new shipyard near the Baltic Sea port of Primorsk, Industry and Trade Minister Viktor Khristenko said Friday. (Source: The Moscow Times)

President Vladimir Putin ordered the government and the Industry and Energy Ministry to prepare a draft decree on setting up a state-controlled shipbuilding compan, Moscow Times reported. Shipbuilding is one of the three industries that the government wants to develop as part of its drive to diversify the economy away from oil and gas exports -- a bid spearheaded by First Deputy Prime Minister Sergei Ivanov. The other two sectors are the aircraft-building and space industries. The decree should be completed within the week, Putin said at Monday's Cabinet meeting. Putin added that Ivanov would supervise the creation of the company. An Industry and Energy Ministry spokeswoman said Monday that she was unaware of any prospective candidates to head the company.

President Vladimir Putin asked for a government plan by October to enable the nation's shipbuilders to compete with countries including South Korea, the world's biggest shipbuilder. Russia "must find niches where it will be most competitive," Putin reportedly told a government meeting in Moscow August 1, according to The Moscow Times. Building ships, rigs and naval vessels offers "serious niches" for Russia, he said. (Source: The Moscow Times)

Flagship Indian energy firm Oil and Natural Gas Corp. is in talks over exporting its share of natural gas from Sakhalin-1 via Royal Dutch Shell's nearby LNG terminal, The Moscow Times reported. The move to make liquefied natural gas at Sakhalin-1, a multibillion-dollar project on the Pacific Coast, runs counter to operator ExxonMobil's long-held plan to sell the gas via a pipeline to nearby Japan. Exxon said it still planned to supply Sakhalin-1 gas by pipeline to North East Asian markets like China and Japan. Still, the company said it was exploring all reasonable opportunities to maximize the value of the gas resource. (Source: The Moscow Times)