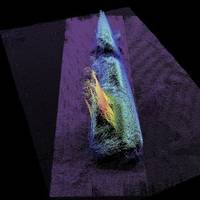 A World War II era submarine sunk during a Cold War training exercise off the shores of Hawaii more than six decades ago has been discovered by a team of ocean explorers utilizing pioneering robotics and methods at the forefront of today's underwater technology.USS Stickleback (SS 415), lost in nearly 11,000 feet of water 62 years ago, was discovered by veteran ocean explorer and Tiburon Subsea CEO Tim Taylor and his "Lost 52 Project" team equipped with a combination of autonomous underwater vehicles (AUV)…

U.S. East Coast refiners are looking to buy increasing volumes of domestic crude oil from the Gulf Coast, two sources said, the latest twist in a trade flow upheaval in the wake of the opening of the Dakota Access pipeline. Major U.S. East Coast refiners profited from railing hundreds of thousands of barrels of discounted Bakken crude to their plants daily from 2013 until 2015. But as more and more pipelines were built in North Dakota, the discount began to disappear, and so did the rail cars. 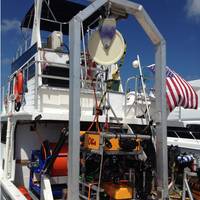 R/V Tiburon added a custom built Spectre ROV capable of working depths of up to 600m. It is named “Otis”, after Otis Barton the inventor of the Bathysphere and holder of world record 4500 ft. tethered dive in 1949. “We see this as a time to concentrate our skills to the important mission of collecting important environmental data in the wake of the BP Gulf oil spill” said Tim Taylor CEO of RV Tiburon, Inc. RV Tiburon is dedicated to the continued support of research and exploration and brings its special operations approach of more operational time at sea for less costs. 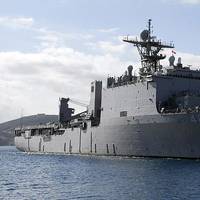 Former President George H.W. Bush visited the amphibious dock landing ship USS Ashland (LSD 48) to say thank you for the crew's service, June 15. Bush and some of his family members were on vacation in when they found out that would be visiting Rhodes, while the ship was returning from the . Bush quickly adjusted his schedule and made a detour just to stop by and talk with the crew. "I want you all to know it is a joy for us to see this ship, to be on board and be able to show the respect that we have for the Navy and those who serve there in," said Bush.

The Joint Hull Committee's (JHC) project to produce a new set of hull insurance clauses which is intended to reflect the needs and requirements of today's shipowners and insurers has been completed on time. The new clauses, which have been drafted following extensive consultation with shipowners and other interested parties, will be available for use from November 1 and will be known as the International Hull Clauses. The revised clauses are not a major rewrite of the 1983 and 1995 Institute Time Clauses currently in use. Rather, they have been updated so as to embrace current market practice whilst recognizing and supporting the role of ISM, flag states and classification societies.