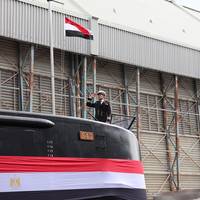 German conglomerate Thyssenkrupp is in talks about possibly merging its subsidiary ThyssenKrupp Marine Systems (TKMS) with a domestic rival to create a national champion.The Thyssenkrupp board member in charge of the marine systems unit, Oliver Burkhard, tweeted earlier that the company was in talks as an alliance could make sense in the current European market environment, with the creation of a national champion one possible outcome.The tweet followed a report by public sector… 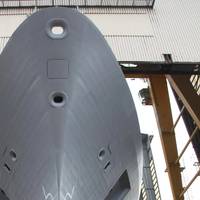 A consortium formed by Germany’s Thyssenkrupp AG and Brazilian planemaker Embraer SA signed a deal on Thursday to deliver four frigates to Brazil’s navy between 2025 and 2028, the companies said in a statement.The contract signed in Rio de Janeiro is part of Brazil’s drive to modernize its navy so it can patrol off-shore resources in the Atlantic, such as Brazil’s vast pre-salt oil reserves.The companies did not disclose the price tag. The Brazilian navy website said the four-ship program will cost about $2 billion.Last year…

RWE Could Spend up to $2.8 bln a Year on Renewables 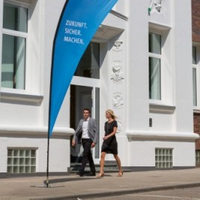 RWE, which will become the world's No.2 offshore wind player following a deal to break up its Innogy unit, could spend about 2.5 billion euros ($2.8 billion) a year to expand its renewables business, its chief executive said."We can fund about 1.5 billion euros from our own funds, we could assume some debt which would bring it to about 2.5 billion," Rolf Martin Schmitz said at an energy conference in Berlin on Tuesday.RWE, which last week said it had earmarked 1.5 billion euros per year to expand its renewables business, aims to add an annual 2-3 gigawatts of green energy capacity, Schmitz sai

German industrial group Thyssenkrupp has submitted an offer to the Australian government for a contract to build stealth submarines potentially worth tens of billions of euros, the company said on Monday. The contract to build up to 12 submarines, including decades of maintenance, could be worth $35 billion and has drawn interest from French shipping group DCNS as well as a Japanese consortium led by Mitsubishi Heavy Industries and Kawasaki Heavy Industries. Reporting by Tom Kaeckenhoff

Dutch engineering and construction firm Imtech is investigating allegations it operated a cartel to overcharge German energy company RWE for the building of a power plant in the Netherlands. The allegations, detailed in Dutch newspaper De Telegraaf and German newspaper Handelsblatt on Thursday, follow earlier allegations of accounting fraud at its German and Polish operations. The company put out a statement late on Tuesday in response to questions put to it by the two newspapers in which it mentioned "allegations of possible competition law violations" on "two projects in the energy sector" between 2008 and 2010 without going into further detail.

Germany's Economy Ministry is investigating whether to block the sale of RWE's oil and gas unit DEA to a group of investors led by Russian tycoon Mikhail Fridman, a spokeswoman said. The German government has never previously made use of a clause in its foreign trade law, under which it could stop the deal announced earlier this year if there were concrete signs it threatened "public safety and order". "An investigation has been started. It is an open-ended investigation (to find out) whether there are conditions for prohibiting the deal under the foreign trade accord…