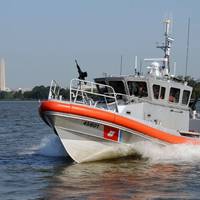 A crew member reportedly experiencing symptoms of an upper respiratory illness was medevaced from a tanker anchored off the coast of Texas and transferred to shoreside medical personnel on Sunday, the U.S. Coast Guard said.The Coast Guard said its watchstanders at Sector Houston-Galveston received report of the ill crewman aboard a 600-foot tanker at anchorage approximately 15 miles southeast of Galveston and consulted with the duty flight surgeon as well as local CDC and county… 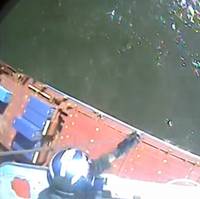 A crewmember from the cargo vessel BBC Campana was airlifted approximately 10 miles offshore of Galveston, Texas, Monday after he was reportedly found unresponsive by the crew, the U.S. Coast Guard said.The Coast Guard said its Houston-Galveston watchstanders received a request from the captain of the cargo vessel BBC Campana for the medevac of the 34-year-old male crewmember. Watchstanders consulted with the duty flight surgeon who recommended the medevac.A Coast Guard helicopter…

The Coast Guard medevaced a crewmember from a crude oil tanker approximately 20 miles offshore of Galveston, Texas, Wednesday.Coast Guard Sector Houston-Galveston watchstanders received notification from the crew of the crude oil tanker Pacific Jewels that a member of the crew suffered a back injury and was in need of medical assistance. Watchstanders consulted with the duty flight surgeon who recommended the medevac.An Air Station Houston MH-65 Dolphin helicopter crew was launched to the scene.The Dolphin helicopter crew hoisted and transferred the crewmember to awaiting emergency medical services personnel at The University of Texas Medical Branch at Galveston.Weather on scene was reported as 4-foot seas with 20 mph winds.

An injured crewman was medevaced from a Belgian-flagged tanker in the lightering zone between Freeport and Galveston, Texas on Thursday morning.   At approximately 6:35 a.m., the agent of the 1,092-foot tanker Ingrid called U.S. Coast Guard Sector Houston-Galveston watchstanders and reported that the vessel’s chief engineer broke his leg after getting hit with the anchor chain. The ship's master called shortly after and confirmed the engineer required medical attention.    A U.S. Coast Guard helicopter aircrew was launched at 8:10 a.m. to medevac the ailing crew member. They arrived on scene and hoisted the man by 9 a.m.    The 35-year-old crewman was taken to University of Texas Medical Branch in Galveston and transferred in stable condition.

A U.S. Coast Guard helicopter crew medevaced a man after he was struck by a piece of machinery and suffered a deep laceration and possible fracture on his leg while aboard a cargo ship about 15 miles east of Galveston early Friday morning. The crew of the roll-on roll-off (RO/RO) cargo ship Torino contacted Coast Guard Sector Houston-Galveston watchstanders at 4:49 a.m., reporting a 38-year-old man was struck by a crank lever about 2 inches below his knee and needed assistance. A Coast Guard flight surgeon determined he needed medical care and watchstanders deployed an MH-65 Dolphin helicopter from Air Station Houston. The helicopter arrived at 6:44 a.m. and the crew hoisted the man aboard.

A tanker crewman was medevaced Monday afternoon, after reports of suffering from a hernia about 15 miles off Galveston, Texas in the Fairway Anchorage. The master of the 600-foot, Marshall Islands flagged tanker Agena contacted U.S. Coast Guard Sector Houston-Galveston watchstanders at approximately 1 p.m., to report the mess cook had been suffering from hernia symptoms for several days, and had gotten worse. The watchstanders diverted an Air Station Houston MH-65 Dolphin helicopter crew to medevac the man. The helicopter crew was on scene at about 2 p.m. and transferred the man from the tanker. They then flew to Scholes International Airport, in Galveston, where EMS was waiting to transport the man to the University of Texas Medical Branch. The man was reported in stable condition.

A Coast Guard boatcrew medevaced a 46-year-old man from an oil tanker in the Galveston Fairway Anchorage Wednesday evening. At approximately 3 p.m., Coast Guard Sector Houston-Galveston watchstanders received a phone call from the captain of the 580-foot Jupiter Ace stating that a crewmember was coughing blood for unknown reasons. Watchstanders launched a boatcrew from Coast Guard Station Galveston aboard a 45-foot response boat along with two local paramedics. The boatcrew and a paramedic moved the man from the taker onto the response boat. 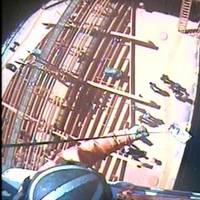 A U.S. Coast Guard helicopter crew medevaced a crewmember off a tanker in the Galveston Fairway Anchorage Thursday morning. The captain of the Zambezi Star, a 604-foot chemical tanker, contacted Sector Houston-Galveston watchstanders via VHF channel 16 at approximately 11:30 a.m., stating that a crewmember fell off a ladder and began showing heart attack symptoms. The Coast Guard Cutter Manowar responded, but was unable to safely transfer the crewmember from the tanker to the Manowar's small boat due to height and the crewmember's condition.

A Coast Guard rescue helicopter crew medevaced a 32-year-old crewmember off an Italian-flagged tanker Wednesday, after he suffered an injury from a snapped fender wire that struck his chest 38 miles off Galveston, Texas. At 4:20 p.m., watchstanders at Coast Guard Sector Houston-Galveston received a distress call from the captain of the 800-foot ship, Giovanni Battista De Carlini, stating that one of his crewmembers suffered an impact injury after the fender wire he was checking snapped and struck his chest.

The Coast Guard medevaced four men from a barge approximately 65 miles south of Sabine Pass, Texas, today. A watchstander at Coast Guard Sector Houston-Galveston received a call at 10:43 a.m. from the captain of a Derrick-Crane Barge, the IOS 800. The captain reported that a break wall onboard the barge had fallen on four crewmembers and they were in need of immediate medical attention. The Coast Guard launched a rescue helicopter crew from Air Station Houston to assist. The rescue helicopter crew arrived on scene, safely hoisted and transported the four men to the University of Texas Medical Branch in Galveston, Texas. The men were reported to be in serious condition at the time.

The crew of a Coast Guard helicopter from Air Station Houston rescued a woman who was injured when two boats collided 56 miles southeast of Galveston, Texas, this morning. Kim Huong Dang was knocked unconscious aboard the Lucky Peter, an 88-foot shrimp boat, when it collided with the Peter Ronna, a 324-foot Russian freight ship, just after 7 a.m. The Lucky Peter called Coast Guard Group Galveston after the accident occurred and reported that all four people onboard had injuries and they were taking on water. Group Galveston coordinated Air Station Houston's crew to launch a rescue helicopter, Air Station Corpus Christi to launch a Falcon jet and Station Galveston to launch a rescue boat to the scene.

A helicopter crew from U.S. Coast Guard Air Station Houston medevaced a man from a cruise ship Sunday at about 11:30 p.m., 55 miles south of Galveston, Texas. The doctor aboard the cruise ship Elation recommended the evacuation of Byron Boehme, 53, from San Antonio, Texas, who fractured his leg falling down two flights of stairs on the way to the restroom. Coast Guard Group Galveston watchstanders dispatched the rescue helicopter crew after they were contacted by the Elation. The helicopter arrived on scene and hoisted Boehme and took him to the University of Texas Medical Branch in Galveston in stable condition.

It was a busy night Friday, May 3, as several mariners required the assistance of the Coast Guard units around the New Orleans and Galveston, Texas, areas. A 23-ft. safeboat from Station Grand Isle, La., was dispatched to assist a 45-ft. pleasure craft taking on water in Timbalier Bay, about10 p.m. Friday. The crew of the safeboat passed a de-watering pump to the five-man crew of the First Class, who were able to safely transit to the pier at Coco Marina. The Coast Guard crew followed to ensure their safe transit and mooring. In a separate case, a 41-ft. utility boat from Station Galveston safely transported a man suffering from abdominal pains with a weak pulse and shallow respiration from a tanker about 2 a.m. Saturday.

The Bolivar/Galveston, Texas, ferry re-opened at 2:50 p.m. after being closed for seven hours today. Sheening was seen on the water near the Bolivar ferry terminal after approximately 42,000 gallons of alkylate, a gasoline blend component, was spilled into the Houston Ship Channel near Galveston from a collision between two tugs and barges this morning. The Intracostal Waterway is open to one-way traffic. The alkylate, which dissipates very rapidly, came from the #2 and #3 tanks on the port side of the barge MMI 605 being pushed by the Rita M. The barge can carry as much as 1.25 million gallons of the product; approximately 225,311 gallons were in the two damaged tanks. "Little if any environmental impact has occurred at this time," said Richard Arnhart, Texas General Land Office.

The U.S. Coast Guard medically evacuated an injured man from the cruise ship Carnival Jubilee early this morning about 120 miles southeast of Galveston, Texas. A 25-year-old Indonesian man caught a cork with his eye after a semi-successful attempt at opening a champagne bottle. With the injured eye bleeding and unresponsive, Jubilee contacted the Coast Guard at about 11 p.m. for assistance. In response, Coast Guard Air Station Houston launched an HH-65 Dolphin helicopter, which transported the man to the University of Texas Medical Branch in Galveston. The Coast Guard recommends all people use caution and aim corks away from eyes when opening high-pressure bottles.