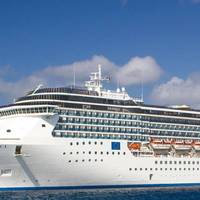 Nearly 50 crew members on an Italian cruise ship docked for repairs in Japan's Nagasaki have tested positive for the new coronavirus, raising concern about the strain on the city's hospitals if conditions worsen for those infected. Results on Thursday showed 14 more aboard, all either cooks or those serving food, were infected with the virus, an official in Nagasaki prefecture said. One patient who had been taken to hospital previously was now in serious condition and on a ventilator, he told a live-streamed news conference. 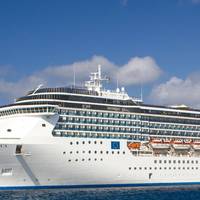 More than 30 crew members on an Italian cruise ship docked for repairs in Japan's Nagasaki prefecture have tested positive for the new coronavirus, raising concern about the impact on the local community.The cluster of infections found on board the Costa Atlantica follows the case of the Diamond Princess cruise ship in Yokohama two months ago, where more than 700 were found to be infected, although this time only crew members were on board.The Costa Cruises-operated ship was taken into a shipyard in Nagasaki city… 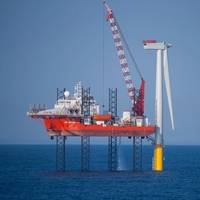 Domestic and international lenders are vying for a slice of Japan’s nascent offshore wind power sector, which is expected to provide as much as ¥3trn (US$29bn) in project financing opportunities, albeit at very low margins.Akita Offshore Wind completed the nation’s first fundraising for a major offshore wind project last month, raising ¥80bn to build wind turbines near two ports in western Japan.Auctions for sites off Japan's shores are due to kick off in April, and lenders are… 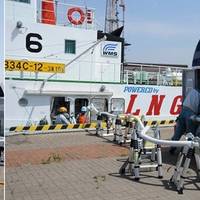 Japanese shipping giant Nippon Yusen (NYK) together with Kyushu Electric Power Co. Inc., Saibu Gas Co. Ltd., and The Chugoku Electric Power Co. Inc., successfully conducted a truck-to-ship liquefied natural gas (LNG) bunkering demonstration at the port of Kitakyushu.According to press release, this operation is the first LNG bunkering in the Setouchi and Kyushu areas of western Japan and advances the four companies’ discussions on the commercialization of a new business in the area.The LNG fuel was loaded onto a tank truck at the Hibiki LNG terminal in Kitakyushu city… 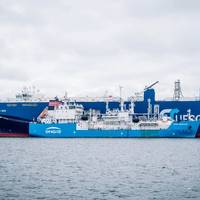 NYK Line has signed a memorandum of understanding with Kyushu Electric Power, Saibu Gas, and The Chugoku Electric Power for joint discussions on the commercialization of a new business to supply liquefied natural gas (LNG) as a marine fuel to ships in the Setouchi and Kyushu areas of western Japan.This is the second LNG bunkering project NYK Line is engaged in after investing in an LNG bunkering vessel with "K" Line, Chubu Electric, and Toyota Tsusho Corporation."The demand for LNG as a marine fuel…

A Chinese military ship entered the waters of south-western Japan on Wednesday, EFE news reported quoting government officials. This is the first such incident in over a decade and comes a week after a Chinese navy ship sailed near the disputed Senkaku islands. Ap reported Deputy Chief Cabinet Secretary Hiroshige Seko as saying that a Maritime Self-Defense Force plane spotted the ship in Japanese waters west of Kuchinoerabu island in southern Japan before dawn. The ship sailed out of Japan's waters about 90 minutes later.

An explosion on oil tanker Shoko Maru off the coast of Japan set the vessel ablaze, severely injuring four crew while the captain remains missing, several sources reported. The blast occurred this morning while the 998-ton tanker was anchored roughly 3 miles off western Japan's port of Himeji, the Japanese coast guard said. Seven of the vessel’s eight crewmembers have been recovered and taken to the nearby hospitals, but the ship’s captain remains missing. Ships and aircraft were commissioned to fight the fire, which created a large hole in the vessel’s port side, causing it to tilt. Shoko Maru unloaded its fuel oil last Friday, government spokesman Yoshihide Suga told Reuters, minimizing fears of major environmental impacts. The vessel is owned by Shoho Shopping Co.

A fuel tanker has exploded in waters off Hyogo Prefecture, western Japan, leaving the captain missing and four crew members badly injured, according to Xinhua. There were eight crew members on board, seven of them have been rescued, reports Xinhua, citing a local fire department source. The missing captain is 64- year-old Masaichi Ando. According to a Coast Guard official, the 988-ton vessel was anchored about two kilometers south of the Himeji Port, which lies 450 kilometers west of Tokyo. It had already unloaded heavy fuel oil at a port, but black smoke was seen billowing from the ship, up to 100-meter high. Source: Xinhua

's navy tracked a submarine that intruded into its waters for nearly two hours and then lost track of it without identifying its nationality, a military official said. The Naval vessel Atago spotted the submarine in Japanese waters at 6.56am (0756 AEST) but the craft did not raise a national flag or surface, breaching international laws, a defence ministry spokesman said. Atago, an Aegis-equipped warship, chased the submarine off the coast of Kochi prefecture in western Japan, facing the Pacific Ocean, until about 8.40am (0940 AEST) , he said. Using sonar, Atago confirmed that the submarine does not belong to the Japanese navy nor its ally the US Navy, he said. It was the first time in four years that a foreign submarine had intruded into Japanese waters, according to the official.

New LNG Ships To Be Built to Lloyd’s Environmental Standard

Reuters reported that Nippon Steel Corp. that it would spend $170m to boost production capacity for high-grade shipbuilding plate at its Oita plant in western Japan by 600,000 tonnes a year. It would be the biggest investment in shipbuilding plates in 30 years for the world's second-biggest steel maker since it installed a shipbuilding plate line at the plant in 1977. The capacity increase is aimed to cope with higher demand for steel used in tankers and container ships, Nippon Steel said. The Oita plant is capable of producing 2.2 million tonnes a year of shipbuilding plates at present. A new machine to roll steel and a second line to cut plates will be introduced at the plant by the first half of 2009, the company said.