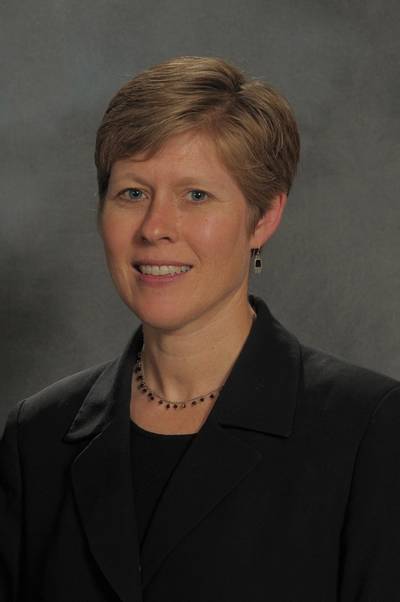 Deborah Hadden has been appointed Port Director by Thomas P. Glynn, CEO of the Massachusetts Port Authority (Massport). In her new role, Hadden will be responsible for directing the planning, development, marketing, operation, security, financial management, administration and maintenance of Massport’s non-aviation properties in the Port of Boston.

Hadden had been Acting Port Director since October, 2012, and was instrumental in achieving many successes in directing the Port of Boston in the last 10 months. Hadden implemented productivity gains at Conley Terminal, as part of successful negotiations with the International Longshoreman’s Association in a local contract. She also led successful negotiations with MSC, Conley’s busiest steamship line, and secured a new six-year agreement with COSCO.

Under Hadden’s leadership, plans to dredge Boston Harbor to 47 feet to accommodate larger ships continue to develop. The project received preliminary approval by the Army Corps of Engineers Civil Works Review Board in May, which allows planning and design to move forward.

Hadden came to Massport in 1994 as the Environmental Permitting Program Manger where she was responsible for the licensing and approval of development and construction projects at Massport. She was promoted to Manager of Maritime Environmental Affairs and Projects in 1997. Her primary responsibilities in this position included managing the Boston Harbor Navigation Improvement project, working with state and federal agencies to develop solutions to dredging management, and coordinating with environmental agencies and advocacy groups to resolve maritime environmental issues.

Hadden took a brief hiatus from Massport to work as a Senior Associate for Fort Point Associates where she continued to manage port-related development projects. In 2000, she rejoined Massport as the Deputy Port Director, Properties and Transportation. As Deputy Port Director, her responsibilities involved the development and leasing of Massport’s maritime properties and managing the Boston Harbor dredging projects with the U.S. Army Corps of Engineers. She was also responsible for overseeing strategic planning efforts for the Port of Boston in working to resolve maritime environmental, transportation, and land use planning issues.

Hadden received a bachelor’s degree from Bucknell University and her master’s in biology from Northeastern University.

Hadden is a member of the Board of Trustees and Executive Committee for the Boston Harbor Association. She is also on the American Association of Port Authorities Harbors, Navigation, and Environmental Committee and in the recent past has served as the committee’s Chair. In addition, she served on the Governing Board for the Massachusetts Ocean Partnership.

Massport is a financially self-sustaining public authority whose premier transportation facilities generate more than $8 billion annually, and enhance and enable economic growth and vitality in New England. No state tax dollars are used to fund operations or capital improvements at Massport facilities.

Each year, more than one million tons of cargo passes through Massport’s terminals in the Port of Boston, which provide the shipping facilities New England needs to be a major international trader. Cruiseport Boston is a favorite port-of-call with cruise passengers; a record 380,000 passengers used the facility in 2012

During its annual meeting held March 25, the Duluth Seaway Port Authority Board of Commissioners elected officers for the fiscal year beginning April 1, 2020.The…

In line with many maritime and offshore organizations and in response to the COVID-19 pandemic, the International Association of Dredging Companies (IADC) announced…