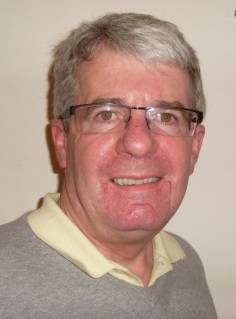 McIntosh, the former executive director of VT Group PLC, holds experience of the marine and defense industries and will steer the innovative company through its next stage of growth, CTruk said.

White will remain on the board as an executive director.

Managing director Ben Simpson will be working closely with McIntosh on implementing an expansion and development plan now that CTruk’s designs have gained significant traction in the commercial workboat market. The company said it is looking to expand capacity to satisfy demand from the offshore wind sector and will also intensify its efforts in other markets where the CTruk advanced composite vessel range has numerous applications.

Aside from his role as Executive Director of VT Group PLC, highlights of McIntosh’s career include COO of Marine Current Turbines, now wholly owned by Siemens PLC, CEO of the U.K.’s Aircraft Carrier Alliance, MD of VT Shipbuilding and MD of Fleet Support Ltd, a joint venture between BAE Systems and VT Group at Portsmouth Naval Base. He is a Freeman of the Worshipful Company of Shipwrights and a member of the Royal Institute of Naval Architects.