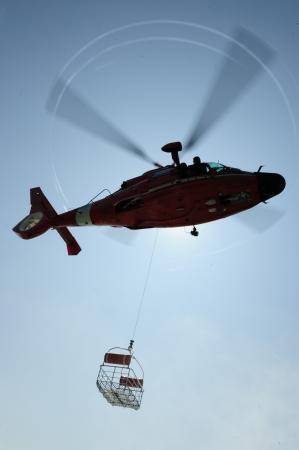 The U.S. Coast Guard said it medevaced an injured cruise ship passenger off the coast of Toms River, N.J. Thursday after watchstanders at Coast Guard Sector Delaware Bay in Philadelphia received notification from the cruise ship Carnival Splendor of an 84-year-old Canadian female who fell, injured her hip, and was in need of medical attention.

“This case is a great example of how Coast Guard training has a real-world impact,” said Lt. Marc McDonnell, the aircraft commander on the case. “Our aircrew had just completed hoist training when we received the medevac request. Our rescue swimmer and flight mechanic did an exceptional job managing the medevac and we were able to quickly transport the patient to the hospital for further care. It's great to see how our training can make a difference in someone's life.”