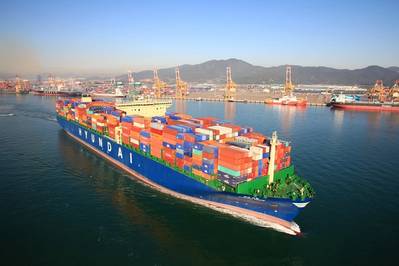 “This year will be the year to strengthen our financials,” Yoo told Bloomberg. “We are targeting to make an operating profit in the third quarter of next year. By early next year, we expect much of the overcapacity in the market will be resolved. We are cautiously expecting rates this year to recover."
Yoo says that HMM is also making investments in overseas port operations, like TTI / MSC's facilities in Long Beach and a container terminal in Algeciras, Spain (Both terminals are former Hanjin assets), so as to offset the underperformance of its core shipping business.
Hyundai Merchant, whose accumulated operating losses have exceeded $2 billion since 2011, is counting on a recovery in freight rates as a spate of mergers globally helps pare capacity and prevents rivals from undercutting each other.
The company agreed to a tie-up with the world’s biggest shipping alliance led by A.P. Moeller-Maersk A/S in December and is buying overseas terminal assets, filling a gap left by Hanjin, which is set to be declared bankrupt next week by a Seoul court.
The Korean government will likely help cover the cost of HMM's new vessel construction through its recently announced $2.4 billion shipyard subsidy program.