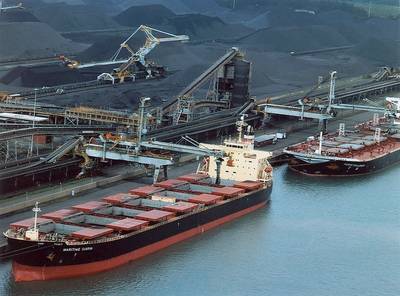 The Marseille Fos port authority has set out a vision for growth over the four years to 2018 in a strategic plan that puts developments costing $560 million at the heart of measures to offer clients a dynamic Euro-Mediterranean logistics and industrial cluster.

The developments - including new projects and those already in the pipeline – target areas of activity with the greatest potential for strong growth and gaining market share.  A key aim is to position the port as a viable European Gateway alternative to ports in the northern range.

Investments will focus on container activities in both the Marseille and Fos harbour areas; cruise operations, cruiseship repair and ro-ro services at Marseille; and diverse traffic-building activities in Fos ranging from LNG and dry bulk trades to further industrial implants.

At the same time, the strategic plan is designed to preserve traditional activities including the oil and petro-chemical sectors in Fos and national/international ro-pax services based in Marseille.  The port authority’s aims also underline the value of the synergy between the Mediterranean-led passenger and cargo trades in Marseille and the deepsea, worldwide activity at Fos linked to major industrial and logistics centres.

Among projects earmarked at Fos, the land between the two Fos 2XL container terminals will be developed in response to customer demand to create a sole-use quay.  As and when necessary, dredging to 16 metres will accommodate 16,000 teu ships and allow the terminals to continue handling the largest container carriers in service.  Meanwhile a combined transport terminal will be built at Fos – similar to the Mourepiane facility under construction in Marseille, where work on the rail links is now starting.

In Marseille, the strategic plan will launch a new programme to upgrade the passenger terminals serving ferry links with Corsica and North Africa.  This project joins the ongoing schemes for the renovation of the giant drydock No. 10 as a base for cruiseship repair, the widening of access for mega-size cruise vessels and the Mourepiane multimodal terminal.

Long-distance rail services have been identified as crucial to the port’s aim of winning traffic from the northern range and enhancing trade with hinterland markets such as Switzerland, southern Germany and Austria.  The port authority says it intends to support the launch of new services and seek partnerships in multimodal platforms to enhance links beyond the natural hinterland.

The authority adds that, in a context of economic constraints and falling oil traffic, financial partners will also be sought to boost State and regional authority contributions to the investment programme – which it stresses is vital not only in growing volumes but also in safeguarding jobs in the port and beyond.

Hand in hand with economic development, measures to safeguard the environment are also central to the strategic plan.  This is highlighted by the Caban Tonkin Industrial Innovation Platform (PIICTO) in a 1,200-hectare area of the Fos industrial zone, where nine energy-sector companies have joined forces with the port authority to promote cooperation, synergy, innovation and new investment.  Other initiatives include pioneering bunkering and LNG facilities; the launch of a scheme to protect 3,000 hectares of natural space in Fos; and the measurement of ecosystem indicators to ensure that port developments are environmentally sustainable.

Overall, the port authority states that its mission is to act as the expert coordinator and architect of logistics and industrial projects as well as being the facilitator between professionals in the transport chain.

MARAD to Study Low Carbon Fuels on the Great Lakes