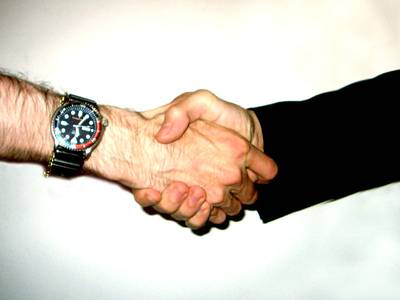 The National Retail Federation (NRF) informs it has urged maritime management and the union representing dockworkers along the U.S. West Coast ports to expedite pending contract negotiations and reach agreement on a new deal well in advance of the expiration of the current contract this summer.

NRF believes expedited negotiations would strengthen the supply chain and provide shippers and retailers the certainty they need to utilize the West Coast ports during the holiday shipping period, which begins in July.

“We urge you to begin contract negotiations now and to attempt to reach agreement on a new contract before the June 30 expiration,” NRF President and CEO Matthew Shay said. “These negotiations are important to all of the import and export and related industries who rely on these ports to move the nation’s commerce.”

Shay asked for immediate contract negotiations in a letter to the International Longshore and Warehouse Union and Pacific Maritime Association, who currently plan to start negotiations in mid-May. The pending contract covers nearly 14,000 ILWU jobs at 29 containerized ports along the California, Oregon and Washington coastline.

A majority of imported retail goods are shipped through West Coast terminals and gates. According to NRF’s Global Port Tracker report, major West Coast ports handled 11.2 million cargo containers in 2013, or 69 percent of the total at U.S. retail container ports followed by the report. Given the importance of the West Coast ports, retailers have already begun to develop alternative plans to ensure the proper flow of holiday merchandise.

The last major supply chain disruption to affect the entire West Coast took place in the fall of 2002, when management locked out dockworkers for 10 days. The prolonged work stoppage, which was ultimately stopped when President George W. Bush invoked the Taft-Hartley Act, significantly impacted the global supply chain and cost the economy between $500 million and $2 billion a day.

In its letter, NRF urged the union and management to publicly commit to remaining at the negotiating table leading up to the June 30 contract deadline and to maintain service at the ports by continuing to negotiate even after the contract concludes.