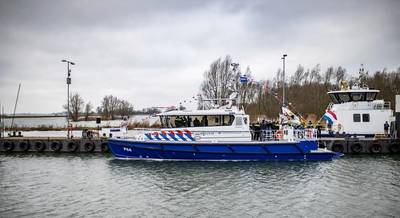 Damen Shipyards Gorinchem has hosted the naming ceremony of a Damen Stan Patrol (SPa) 2005 for the Dutch National Police.

The new vessel – named P64 – marks the second vessel in a six-ship contract between Damen and the Dutch Police.

The Dutch Police will use the new SPa 2005 for deployment on the Netherlands’ extensive inland waterways. The vessel’s aluminium hull and FRP (Fiber Reinforced Polymer) superstructure will provide the lightweight means required for fast and effective police patrol operations. Equipped with twin propellers, the SPa 2005 is capable of speeds up to 40 km per hour.

In addition to speed, the lightweight characteristics of the aluminum and composite construction materials is said to also markedly reduce fuel consumption and, therefore, exhaust emissions. Complying with the latest European Stage V emission regulations for inland vessels, the P64 is equipped with an exhaust gas after-treatment system.

Fuel efficiency will be further improved by the addition of a hull vane. The naval architectural feature is an underwater foil located under the stern is designed to improve fuel efficiency.

Damen has a long working relationship with the Dutch Police, delivering 30 Stan Patrol ships over the years. The latest order was placed after a European tender process, the contract comprising three Stan Patrol 2005 and three Stan Patrol 2506 ships. Damen delivered the first vessel (a SPa 2506) in January 2020. 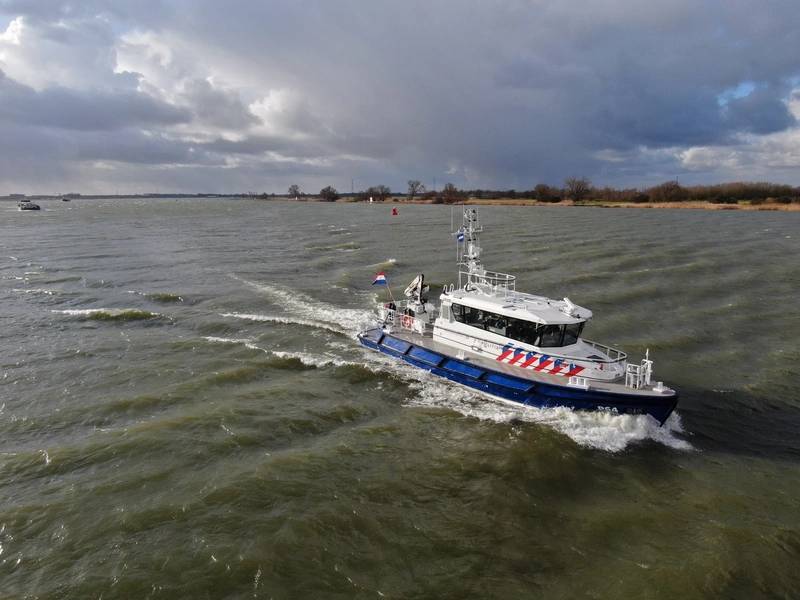