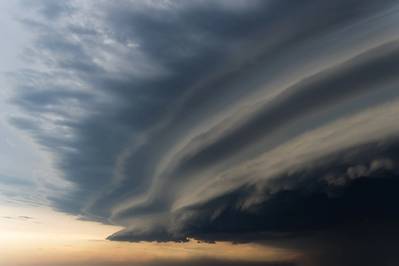 The U.S. National Oceanic and Atmospheric Administration (NOAA) on Thursday predicted up to 16 more named tropical storms this year, to as many as 25, the highest in the agency's history.

The 2020 Atlantic hurricane season, which began on June 1, has already produced nine named tropical storms, two of which reached hurricane strength, including Isaias that lashed the North American Atlantic coast this week.

"We've never forecast up to 25 named storms, so this is the first time," said Gerry Bell, NOAA’s lead hurricane season forecaster in a conference call with reporters.

The number of tropical storms could be as few as 19 for the year, Bell said, which would still be above average and leave another nine to develop before the season expires on Nov. 30.

An average hurricane season produces 12 named storms including six hurricanes, half of which are major.

NOAA's forecast is similar to that issued Wednesday by the Colorado State University Tropical Meteorology Project, which predicts 12 hurricanes, five of them major, from 24 named storms in the current season.