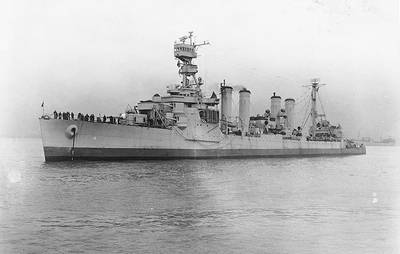 1851 - U.S. Navy expedition under command of Lt. William Lewis Herndon, on a mission to explore the valley of the Amazon and its tributaries, reaches Iquitos in the jungle region of the upper Amazon after their departure from Lima, Peru.

1941 - On Neutrality Patrol, USS Omaha (CL-4) and USS Somers (DD-381) intercept the German blockade runner Odenwald disguised as U.S. freighter, board her after the German crew abandoned the ship, and brought the ship to San Juan, Puerto Rico, where the boarding party was awarded salvage shares.

1942 - First officer and enlisted women from training schools report for shore duty around the U.S.