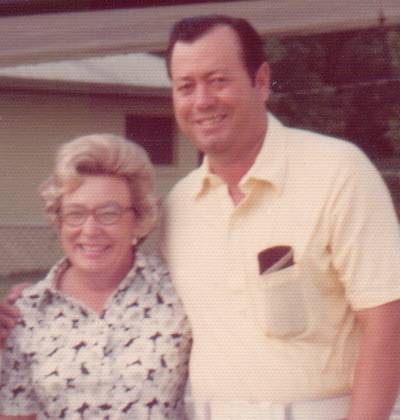 Joe LeBlanc with his wife, Betty

Joe was president of Three Rivers Rock Quarry in Smithland, Ky. (a division of Harbert Construction), Three Rivers Towing, Harcon Barge Lines and Louisiana Limestone during the late 60s and 70s. He also worked later for Luhr Brothers at their St. Genevieve, Mo. Facility and was General Manager for Boyce Machinery in Morgan City, La. for a few years and also worked as a consultant and for NREC in Houma after he retired. Prior to working for Harbert, LeBlanc was employed by Thomson Tractor in Birmingham, Ala. and also worked for US Steel and Vulcan Materials early in his carrier.

Joe was an Electrical Engineer and graduated from Louisiana State University in Baton Rouge, La.

He had a good long life, loved to have a good time, loved his family, friends, golf and LSU football and was well respected and successful in his working career.

Joe follows his wife, Betty Jensen LeBlanc, into the afterlife. Betty died in 2007 at the age of 80.

They lived in Birmingham, Ala.; Calvert City, Ky.; Baton Rouge, La.; and New Iberia, La. for a number of years at different times.

He is survived by his son Trey LeBlanc (Joseph III) and his two grandchildren Jay (Joseph IV) and Michelle (Mel).