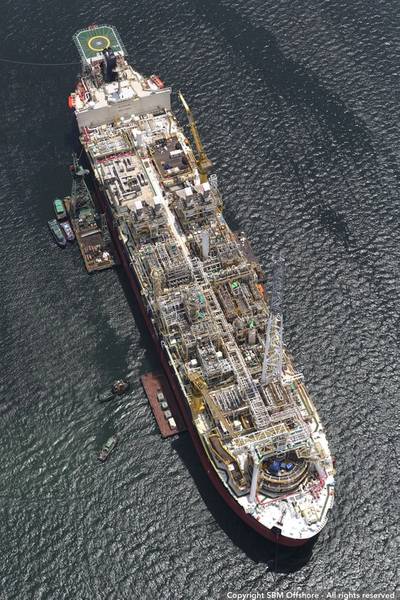 Mr Michael Chia, Managing Director (Marine & Technology), Keppel Offshore & Marine (Keppel O&M), said, "The award of these contracts from our repeat customers affirms their confidence in us. These contracts from experienced FPSO fleet owners and operators SBM Offshore and M3nergy bear testament to our commitment to quality conversion and upgrading services.

"Over the years, Keppel Shipyard has worked closely with customers worldwide to bring to the market a range of offshore production solutions. We will continue to ensure the success of our latest FPSO projects to value-add to the global offshore production market."

Keppel Shipyard's new conversion project for SBM Offshore is for the FPSO that will host the Stones ultra deepwater development by Shell in the Gulf of Mexico. Once installed, the vessel will be the deepest production facility in the world, as well as the deepest FPSO with a disconnectable buoy (Buoyant Turret Mooring or BTM).

The FPSO design has a processing facility capacity of 60,000 barrels of oil per day (bopd) and 15 mmscfd of gas treatment and export. The converted FPSO will be able to store 800,000 barrels of crude oil and its total topsides weight will reach 7,000 tonnes.

Including the Stones FPSO, Keppel Shipyard has undertaken 20 major projects for SBM Offshore since 2000.

Meanwhile, Keppel Shipyard's second contract is from M3nergy Offshore to convert an FPSO for the Bukit Tua Field.

For this project, Keppel Shipyard will undertake refurbishment and life extension works; fabrication and installation of new structures, piping systems, spread-mooring system; upgrading of the living quarters; as well as the installation and integration of the topsides process modules.

Scheduled for completion in the second quarter of 2014, the FPSO has been chartered by PC Ketapang II Ltd for its operations in the Bukit Tua field, which is 35 kilometres north of Madura Island, offshore Indonesia.

The FPSO conversion contract for the Bukit Tua field in Ketapang Block, Indonesia, was awarded to the consortium PT Trasamudra Usaha Sejahtera - M3nergy Offshore Ltd. M3nergy Offshore is a subsidiary of M3nergy Berhad.

The above contracts are not expected to have any material impact on the net tangible assets and earnings per share of Keppel Corporation Limited for the current financial year.