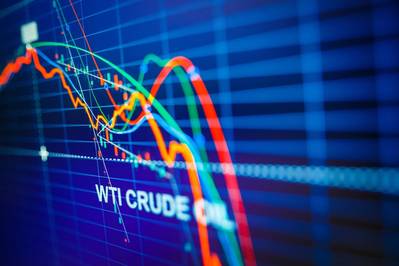 Oil prices fell by 4% on Monday, extending last week's steep losses on the back of a rising U.S. dollar and concerns that new coronavirus-related restrictions in Asia, especially China, could slow a global recovery in fuel demand.

A United Nations panel's dire warning on climate change also added to the gloomy mood after fires in Greece have razed homes and forests and parts of Europe suffered deadly floods last month.

"Concerns about potential global oil demand erosion have resurfaced with the acceleration of the Delta variant infection rate," RBC analyst Gordon Ramsay said in a note.

ANZ analysts pointed to new restrictions in China, the world's second-largest oil consumer, as a major factor clouding the outlook for demand growth.

The restrictions include flight cancellations, warnings by 46 cities against travel and limits on public transport and taxi services in 144 of the worst hit areas.

On Monday China reported 125 new COVID-19 cases, up from 96 a day earlier. In Malaysia and Thailand, infections hit daily records.

China's crude oil imports fell in July and were down sharply from the record levels of June 2020.

A rally in the U.S. dollar to a four-month high against the euro also weighed on oil prices after Friday's stronger than expected U.S. jobs report spurred bets that the Federal Reserve could move more quickly to tighten U.S. monetary policy.